When the S&P hit its March 2009 low, Americans re-evaluated their financial plans.

As in any financial crisis or news-driven sector tumble (for example, cryptocurrencies in 2018), investors began drawing their lines in the sand.

This included the theatrical rock singer Meat Loaf, who in 2009 famously sang, “I would do anything for love… but I won’t do that.”

This week, we asked our readers if they would do anything for profits – and if not, where their deal breakers lie.

Half of our readers were open to investing in any sector. 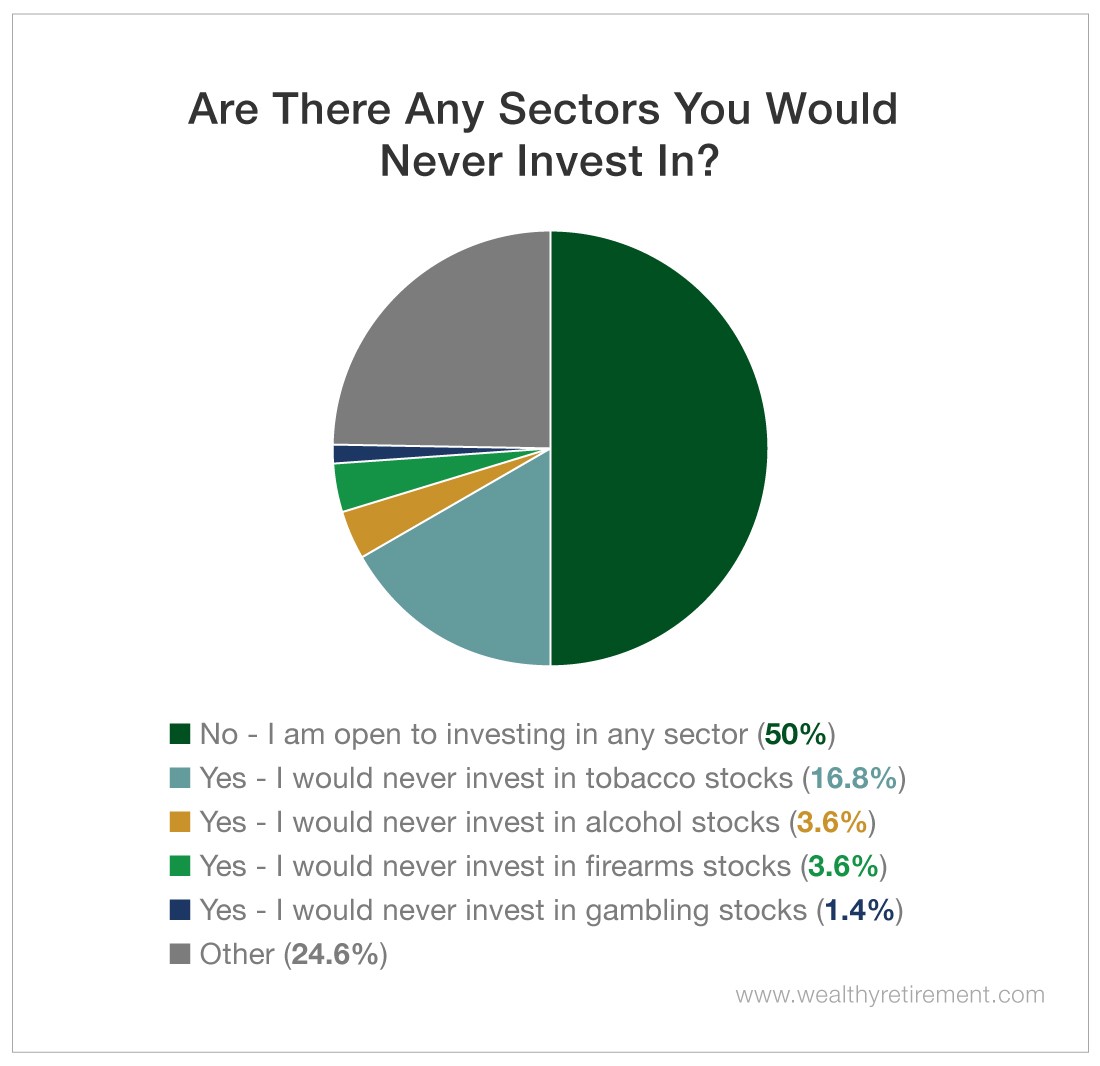 We did find a stumbling point in tobacco: 16.8% of our readers reported that they shy away.

Other readers said that they refuse to invest in nonrenewable energy, pharmaceuticals and/or cannabis.

However, despite our readers’ strong opinions, less than 20% reported that ethics were very important to them when deciding whether to invest. 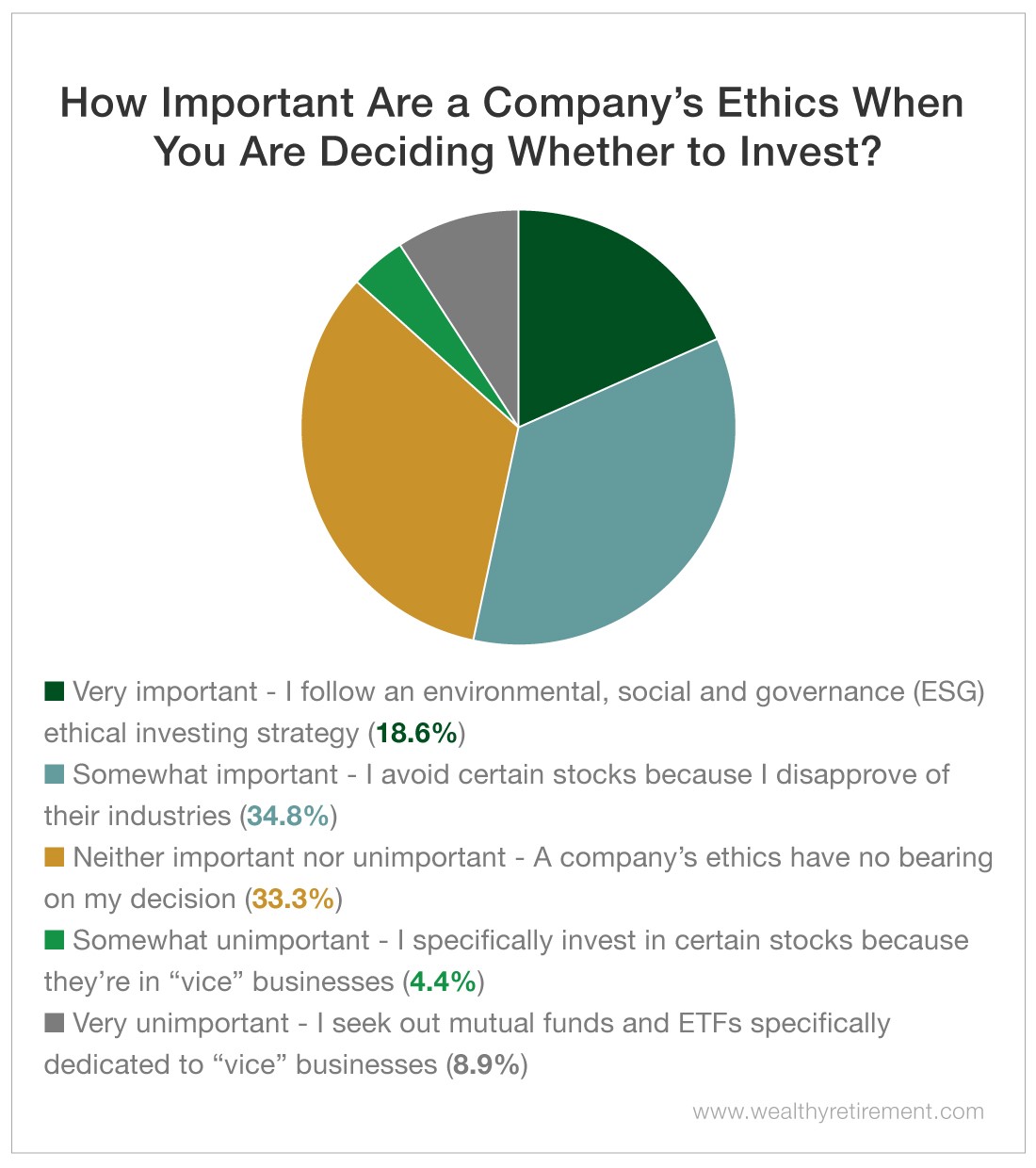 In fact, 13.3% of our readers even reported that they specifically seek out “sin” stocks or funds.

These are securities that are dedicated to vice industries.

The logic may sound familiar…

They do this with the confidence that these companies will beat expectations.

Vice investors take that strategy one step further by investing in unloved and hated businesses.

For many of these investors, the strategy pays off.

The following chart compares funds and indexes of varying ethical standards with our control, the performance of the S&P 500.

Until the past three years, sin stocks dominated the market.

They were the strongest survivors in all downturns except for the one we witnessed last winter.

Ethical picks came second but still beat the S&P (and made a surge in 2017).

Gambling plays have been volatile, which is to be expected. They suffered the worst during downturns.

The other devils on investors’ shoulders, however, have been remarkably consistent.

In fact, during an April 2015 interview with Chief Income Strategist Marc Lichtenfeld, Andrew Zatlin of Moneyball Economics suggested that vice can even be used as an indicator.

Zatlin examined data from hundreds of respondents to judge how escort prices could indicate sentiment more accurately than traditional surveys.

“This is a cash business, and it’s a high-dollar business… so it’s very sensitive to near-term economic change,” Zatlin argued.

There’s no question – there’s more than one way to hack the market.

It’s possible that the shift over the past three years, when ethical investing has surged to the top of the leaderboard, indicates a change in investor thinking.

However, sin stocks and funds have history on their side. Investors who hold their noses and dive into the market’s least-respected sectors have also profited.

These industries’ unique brand of staying power may be a reliable bet for investors in a downturn.

Of course, it’s most important to invest in sound companies that inspire confidence while meeting any ethical standards you have.

But if you’re feeling the urge to be bad…

The Most Impressive Man I’ve Ever Met