Today’s lesson in surviving a sell-off comes from William Shakespeare.

In The Winter’s Tale, Shakespeare tells a story of paranoia, death and rebirth. One legendary scene features the character Antigonus as he’s stalked offstage to his doom by a bear.

The bear caught Antigonus by surprise – and that’s the last thing we want to happen, especially as investors.

However, those who balance their portfolios with reliable income generators may be able to prevent the bear from taking a bite out of their savings.

To Bond or Not to Bond?

This week, we asked Wealthy Retirement readers why they invest in bonds. Forty-three percent of our readers relied on bonds to diversify their portfolios and reduce risk. 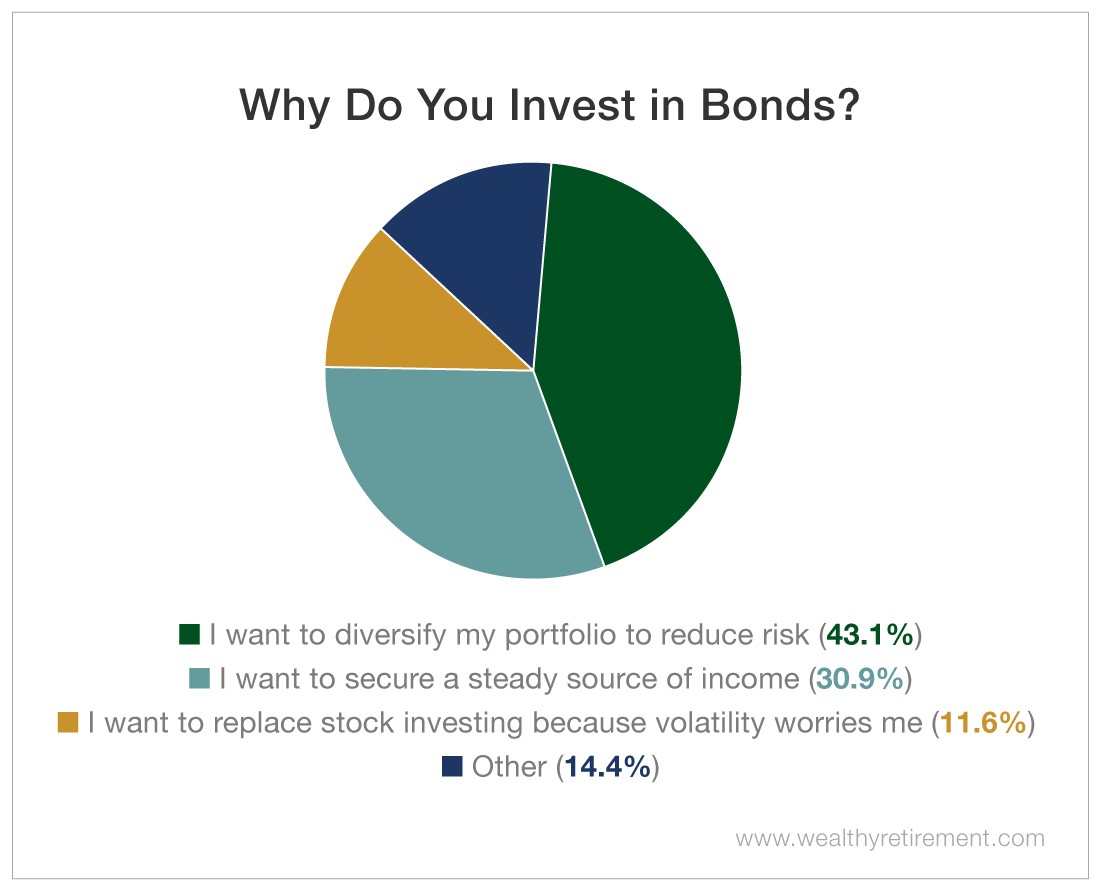 Almost one-third of our readers look to bonds for reliable income.

This comes as no surprise. Income generation is one of our biggest goals at Wealthy Retirement. The high yields some corporate bonds can provide can even compete with stocks.

Almost 12% of our readers hope to replace stocks with bonds altogether. Others shared personal reasons for investing in bonds, some motivated by the Great Recession of 2008 and 2009.

However, some of our readers may be poised to relive that nightmare…

“I don’t [invest in bonds]… I’ll take my chances with stocks.”

Regardless of whether they “don’t support debt” or “don’t trust government-backed bonds,” readers like this one are putting their retirements on the line.

“These Violent Delights Have Violent Ends”

Take the dot-com boom, for example. During the mid-to-late 1990s, the technology sector dominated the Nasdaq and attracted investors.

The appeal was so strong that 39% of all venture capital investments in 1999 went to internet companies.

For a time, it seemed like these tech companies were the new market titans – and some, like Amazon (Nasdaq: AMZN), did continue to thrive – but most went bust quickly.

The dot-com collapse left more than half of the 280 stocks in the popular Bloomberg Internet Index down by 80% or more, according to CNN.

By the end of 2000, the news agency reported, “It’s hard to think of a publicly traded internet company that is not down at least 75%… and that hasn’t trimmed its expenses or laid off workers.”

The Great Recession is another example. The average household in the U.S. watched its net worth tumble by 33%.

At that point, Americans were helpless to stop the bleeding. However, if they had bolstered their portfolios ahead of time, their losses would have been far less severe.

It’s true that there are no givens in the market, but the only legally guaranteed “bear repellent” has been regularly overlooked by investors.

To Thine Own Portfolio Be True

In 2016, the percentage of American households that invested in bonds dropped to a historically low 1.3%.

Wealthy Retirement readers are preparing to buck the trend. 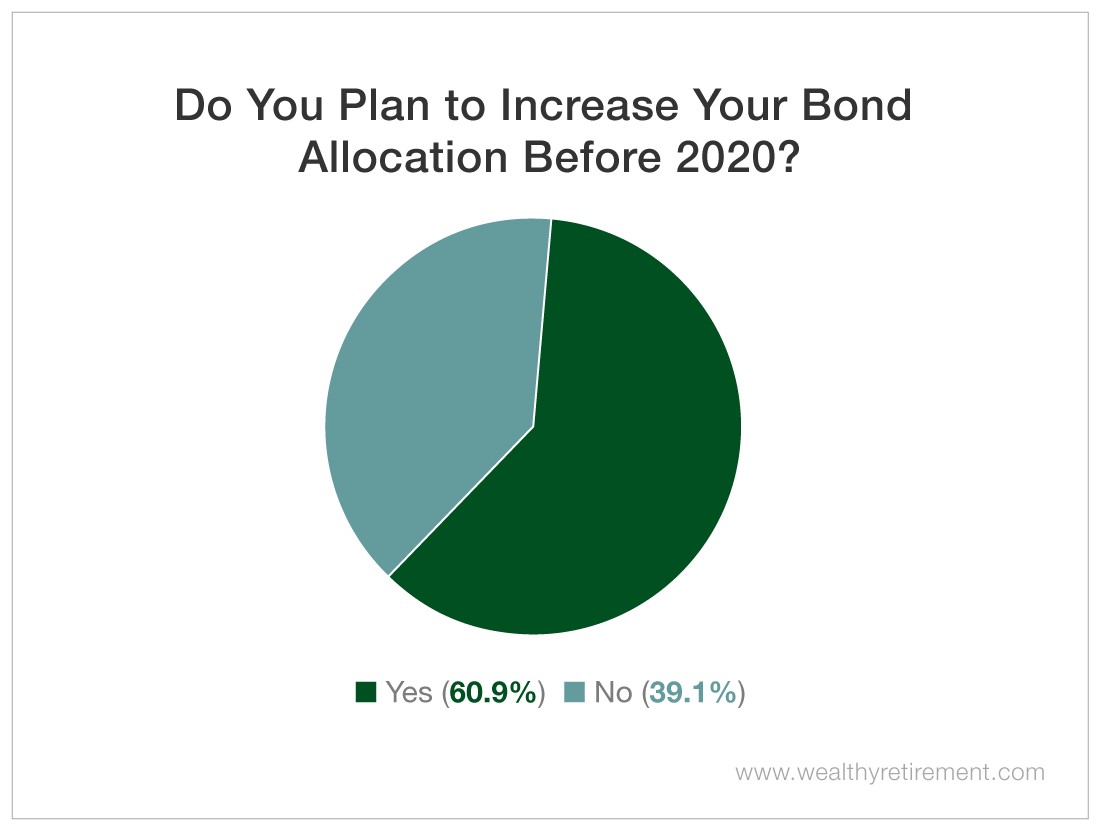 We asked our readers if they plan to increase their bond allocation by 2020. While almost 40% of our respondents don’t plan to purchase more bonds before the new year, the majority reported that it’s on their to-do lists.

This is one action item that can’t be overlooked.

The brief downturn we experienced at the end of 2018 should have served as a warning to investors. This bull market has to end eventually. As we approach a potentially rocky election, it may happen sooner rather than later.

If it does, the 97% guaranteed income from corporate bonds can go a long way toward staving off losses.

The course of profits never did run smooth…

But if you allocate more funds to bonds this fall, you may just avoid Antigonus’ fate.

To Make Money in Bonds, Avoid This Strategy

Your Ticket to Financial Independence