There’s no doubt about it: Your DNA is big business.

Companies like Veritas Pharma’s (OTC: VRTHF) Veritas Genetics, Ancestry’s AncestryDNA and 23andMe are in business to cash in on this rapidly growing trend.

So far, more than 26 million people have taken an at-home ancestry test. That number rises every day.

That’s why more and more people are choosing to deposit their spit or cheek swab in a test tube and ship it off to one of the genetic testing companies.

According to our survey of Wealthy Retirement readers, about 41% said that they’ve used a DNA testing kit. The majority of respondents, about 59%, haven’t tried one yet. 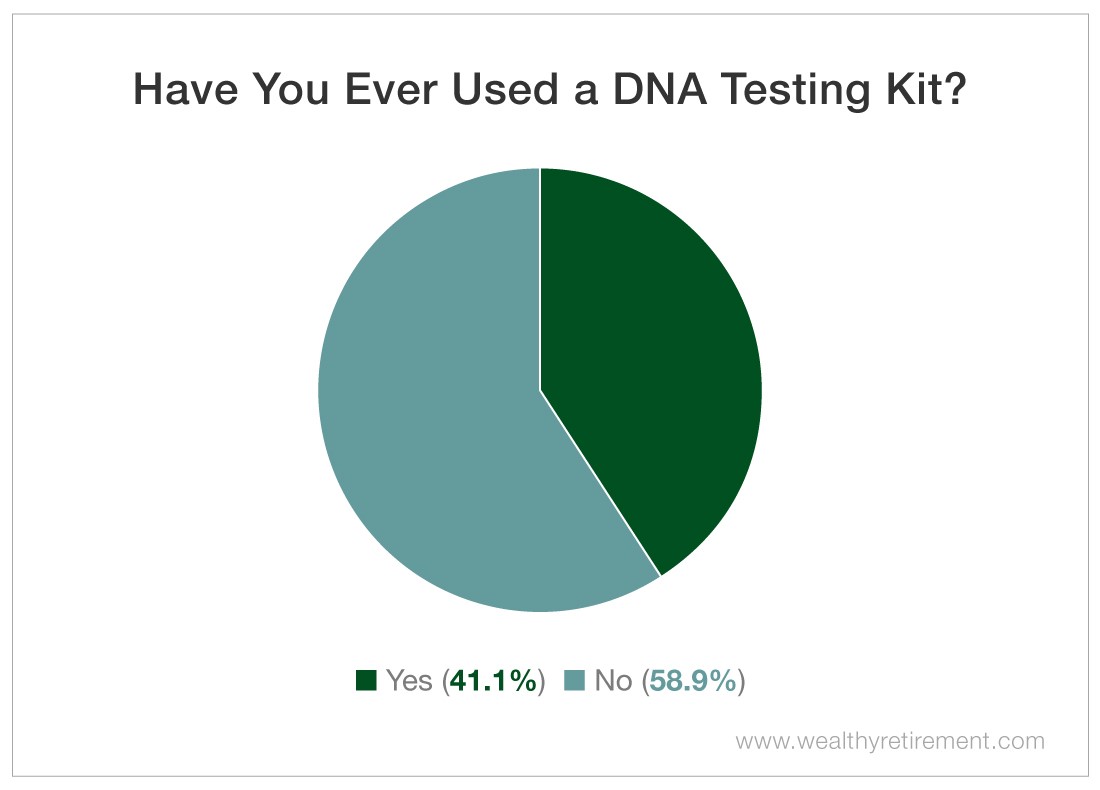 More than 52% of respondents said they’re most interested in learning about their ancestry or family tree. Another 32% said they’d most like to know how their genes affect their health and predisposition to certain conditions. 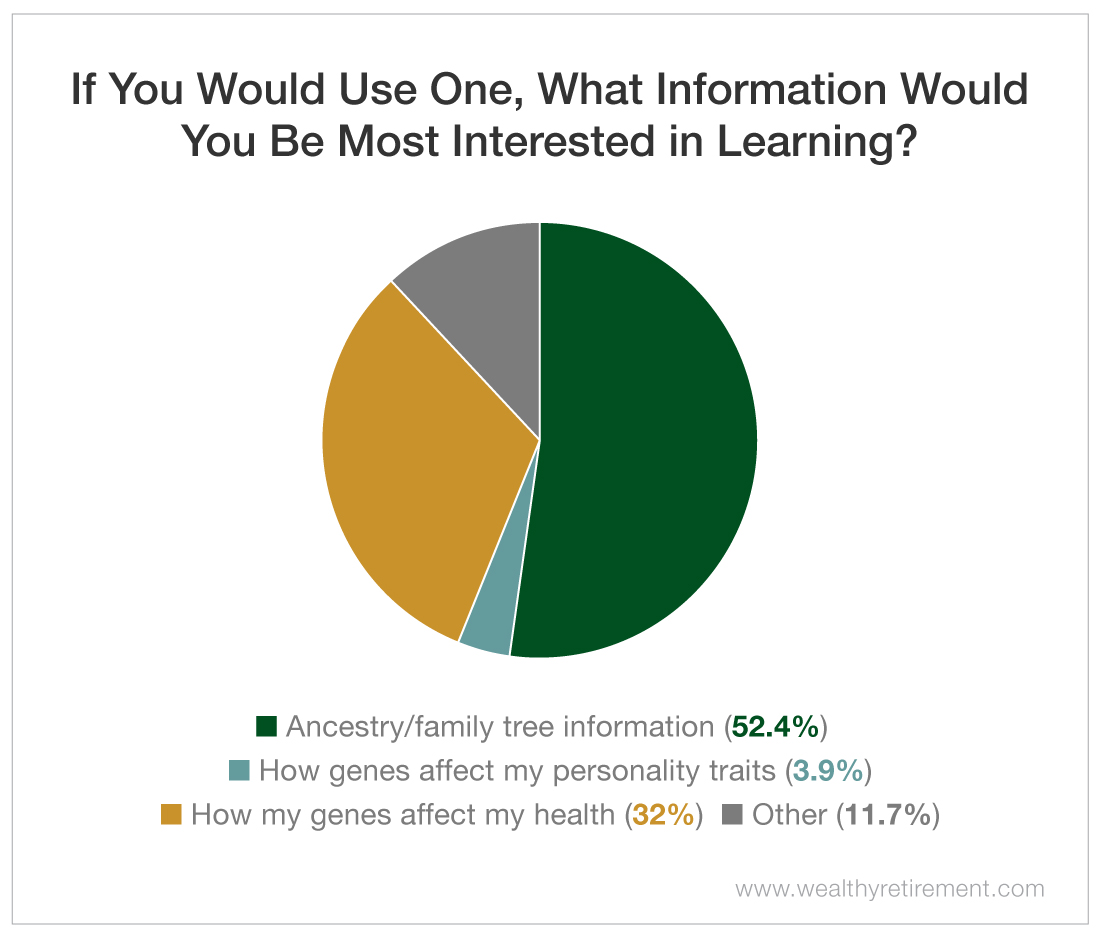 But not all of our readers are open to using a genetic testing kit. Out of those surveyed who said they haven’t used one, nearly 32% said they wouldn’t be open to trying it out. 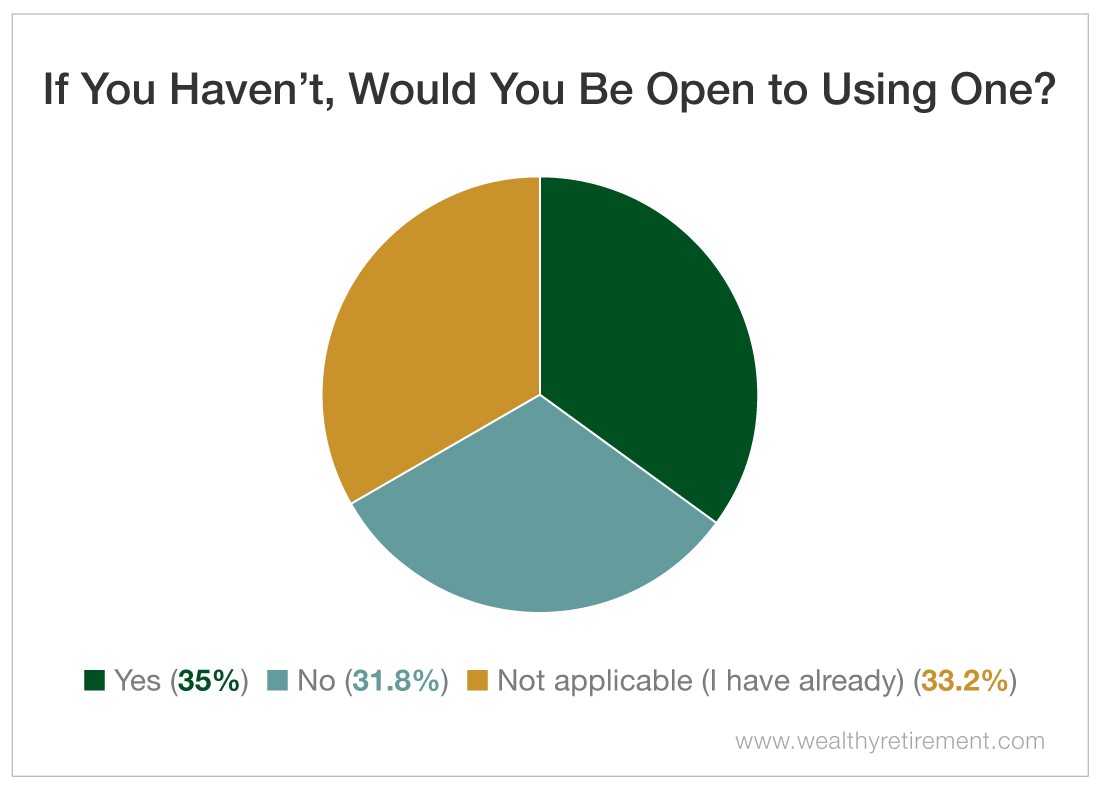 The biggest reason for their reluctance is related to privacy concerns.

While these DNA tests can give you a lot of insight into your genealogy and health, nobody can say for sure what they mean for your privacy. Like any new technology, at-home genetic testing comes with new risks. Many of these risks are simply unknown right now.

Commercial DNA sites are vulnerable to hacks, and some have already been targeted by hackers.

Last year, MyHeritage disclosed that its DNA database had been hacked and 92 million users’ email addresses had been stolen. Its patients’ genetic information wasn’t compromised this time, but it could be in the future. Nobody knows what thieves could or would do with those DNA records.

Other privacy concerns include handing drug companies, insurance companies and the government access to your genetic code.

With all of these legitimate privacy concerns, you might think the answer is to avoid commercial DNA testing companies altogether.

But here’s the thing… No one’s DNA is anonymous anymore.

Today, the DNA of millions of Americans could be identified using these genetic databases.

A new study estimates that 60% of Americans of European descent could be identified using a DNA sample, some basic information and consumer genetic testing database entries from family members, even if these Americans had never took a genetic test themselves.

But that’s not necessarily a bad thing…

A serial murderer dubbed the Golden State Killer was apprehended using DNA collected from crime scenes and cross-checked with an online genealogy database. The database led investigators to the relatives of Joseph James DeAngelo, who was arrested after his DNA was found to match the DNA left at the crime scene.

So while database security is a real concern for privacy-minded people, it’s not all bad. We all take risks every day when we use our credit cards to buy something online or volunteer our personal information on social media.

“You Have No Business Owning Stock” – A Hard Truth to Hear