Don’t Try to Beat the Early Bird… Become One

I was vegetarian until age 18, so I’m no stranger to meat alternatives. Even those from IPO legend Beyond Meat (Nasdaq: BYND) and its rival Impossible Foods.

For plant lovers and carnivores alike, Beyond Meat satisfied with 8,701% pre-IPO and 550% post-launch gains.

Impossible’s latest round of funding (featuring celebrity endorsements from Serena Williams and Questlove) and new supply agreement with Burger King have led many to believe it will be next at bat.

Take Pinterest (NYSE: PINS), for example. Its earliest investors made $4,270 on every $1,000 they put into the company – before it ever went public. Those who waited for the IPO made just $800 on the same investment – which isn’t too shabby either.

Many investors who witnessed Pinterest’s and Beyond Meat’s meteoric rises to success are champing at the bit to get in on the action. Wealthy Retirement readers are no exception… 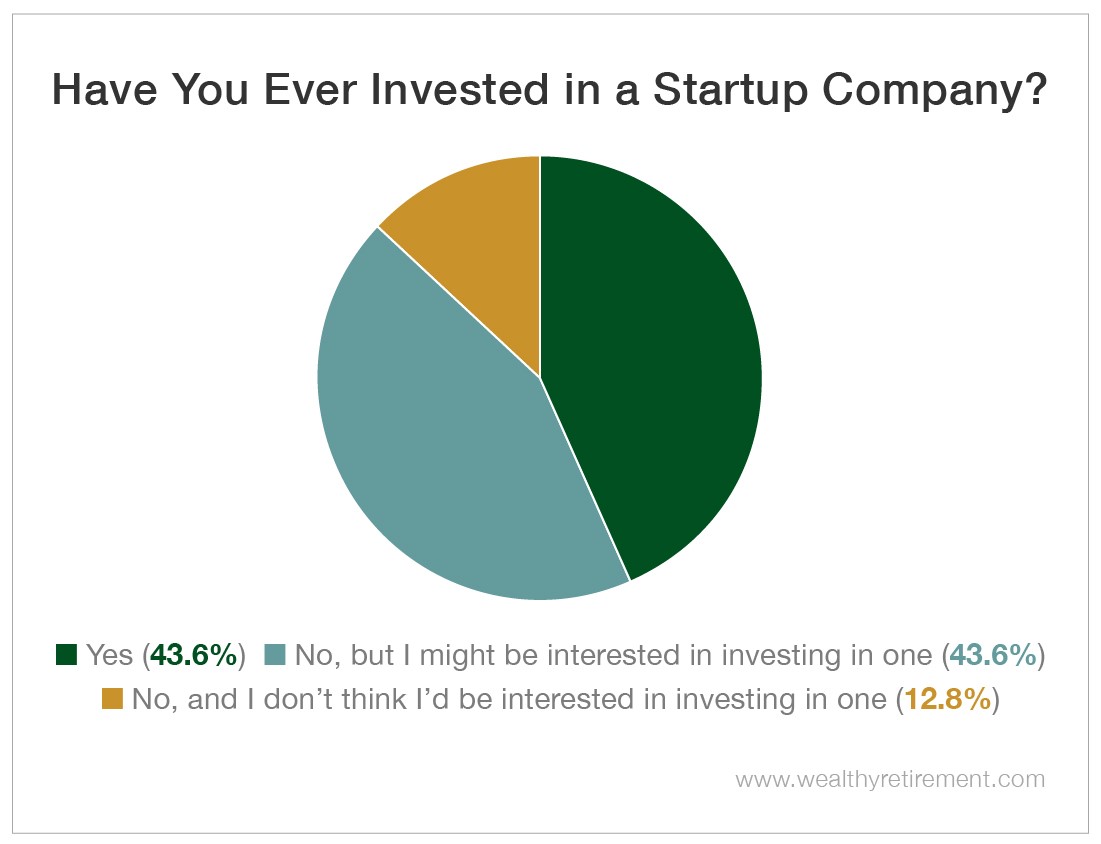 According to this week’s survey, 43.6% of our readers have previously invested in startup companies. And an equal amount reported that they were interested in getting started. Just 12.8% of our respondents remain unconvinced by this year’s infamous IPOs.

Their skepticism may stem from startup companies’ reputation for volatility. It’s true that investing in private companies carries more risk and offers less of a track record to judge management and potential.

But to combat this, savvy investors must conduct thorough research and consider a variety of factors.

According to Forbes, the most important ones to weigh are the character, passion and skill of a company’s management; the company’s current fundamentals, structure and market; and the company’s 10-year goal.

Another important factor to consider is the sector. Clearly, our readers have good taste… 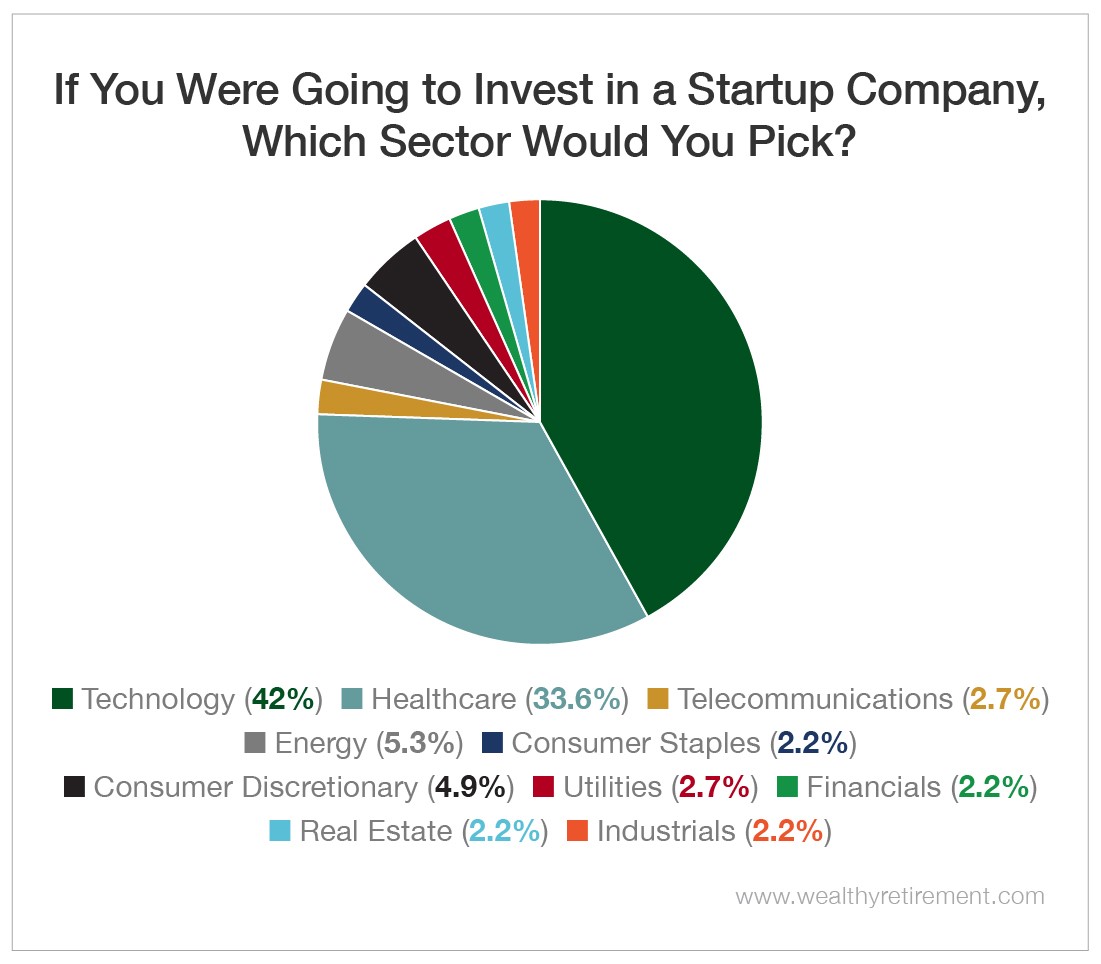 At 75.6%, an overwhelming majority of our readers indicated that they were most interested in startups from the technology and healthcare sectors. The next most popular sector was energy, another field undergoing constant changes.

These sectors can offer investors some of the most dramatic profits – but they’re also some of the most volatile. Early-stage biotech startup investors, for example, can lose their entire principal if they haven’t done their research and the business heads south.

For those who know what to look for, though, the rewards have been unmatched.

Pinterest investors certainly saw their risks rewarded. So did the 300 early investors who were made millionaires in 1980 by the IPO of another small Silicon Valley tech startup, Apple (Nasdaq: AAPL).

It’s no secret that pre-IPO investing has the potential to deliver outsized returns. But it’s imperative to live and breathe the market that interests you most and consult the experts before diving in.

And if 8,701% gains aren’t enough to tempt you into getting started, also consider that the initial celebrity endorsers of Beyond Meat included Leonardo DiCaprio and Snoop Dogg. So you’re in good company.

Say what you want about their art (or even DiCaprio’s various other eco-investments)… Early investors will always be the first ones bringing home the (Beyond) bacon.

If you want to truly transform your portfolio, consider joining them.

This Forward-Thinking Fusion Is the Best Investment Strategy