With Labor Day in the rearview and school bells ringing, it has us nostalgic for summer.

With this in mind, we asked our readers about their favorite summer destinations. 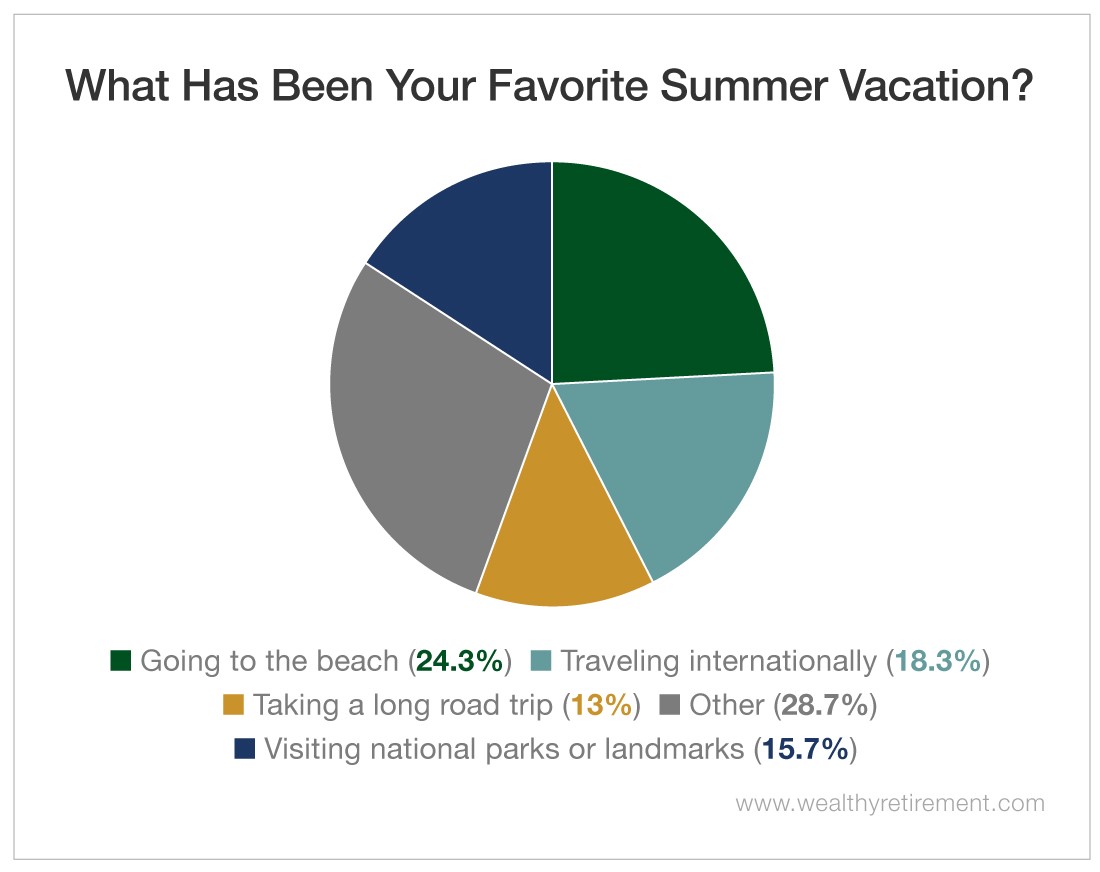 Almost 25% of our readers said that their favorite vacations have been trips to the beach. Just under 20% reported that they love to vacation abroad.

Others wrote in to share that their favorite experiences have been camping, taking a cruise, escaping to the mountains and exploring everywhere from Bermuda to Koh Samui, Thailand.

One reader even shared that their favorite vacation was spent “at the beach with family in 1969… we watched the moon landing together.”

While you’re unpacking your bags from summer vacation this year, we hope that as amazing as your trip may have been, you didn’t leave the portfolio behind.

“Sell in May and Go Away”

Some investors follow the adage “Sell in May and go away” – which suggests that they should sell their stocks in the spring and buy again in November.

But in doing so, they are doing themselves – and their portfolios – a disservice…

I love a rhyme as much as anyone else.

However, like many aspects of the market, the logic behind “Sell in May and go away” just isn’t as simple as it seems.

The maxim originated as “Sell in May and go away, and come back on St. Leger’s Day.”

Like us, old English aristocrats and bankers would spend the summer traveling. While we typically return from summer vacation for the start of school, they returned for St. Leger’s Day – the last leg of the English Triple Crown – in mid-September.

(This year, the holiday falls between September 11 and 14.)

The logic behind the abridged version of the saying is that the market is its most lucrative between November and April. And it’s true…

But before you start unloading your equities this spring, there are some things you need to know…

These numbers, though lucrative, aren’t a sure thing.

The Wall Street Journal has found that most of the seasonal difference happens during the third year of a presidential term.

(During this period, investors see an average 11% gain during the winter months and a slight loss over the summer.)

More “false positives” in the data could come from the fact that the deadline for mutual funds to realize capital gains is October 31. (This was established in the Tax Reform Act of 1986.)

In Wealthy Retirement, we’ve covered the tendency of mutual fund managers to overtrade to boost their short-term metrics.

A deadline like this can significantly affect stock prices – and put the summer months at a disadvantage.

This adage also fails to take contextual issues, like the volatility we’ve seen from the current trade war, into account.

But most importantly, “Sell in May and go away” implies that investors are investing in an entire index (like the Dow).

Don’t get me wrong – investing in index funds can be a powerful and efficient way to complete your portfolio. After all, they sport low fees, and the market’s proven tendency to go up over the long term makes them comparatively secure.

However, over the years, our readers have expressed more interest in managing individual investments. For example, in one of our surveys last May, a majority of our readers stated that they seek out companies that offer healthy dividends and growth potential.

As many as 79.4% of our readers are interested in exchange-traded funds (ETFs), and 40% have traded options before.

Our readers use a targeted approach…

Beating the Market Takes Many Forms

There is an entire subfield of finance dedicated to determining which trends have potential: technical analysis. Correlations like the “Halloween Indicator,” “Super Bowl Indicator” and “Big Mac Indicator,” while intriguing, are far from sure things.

There are more reliable methods to outperforming the S&P than market timing.

Investing in Dividend Aristocrats, or companies that have committed to raising their dividends yearly, is one time-tested strategy for outperforming the market. 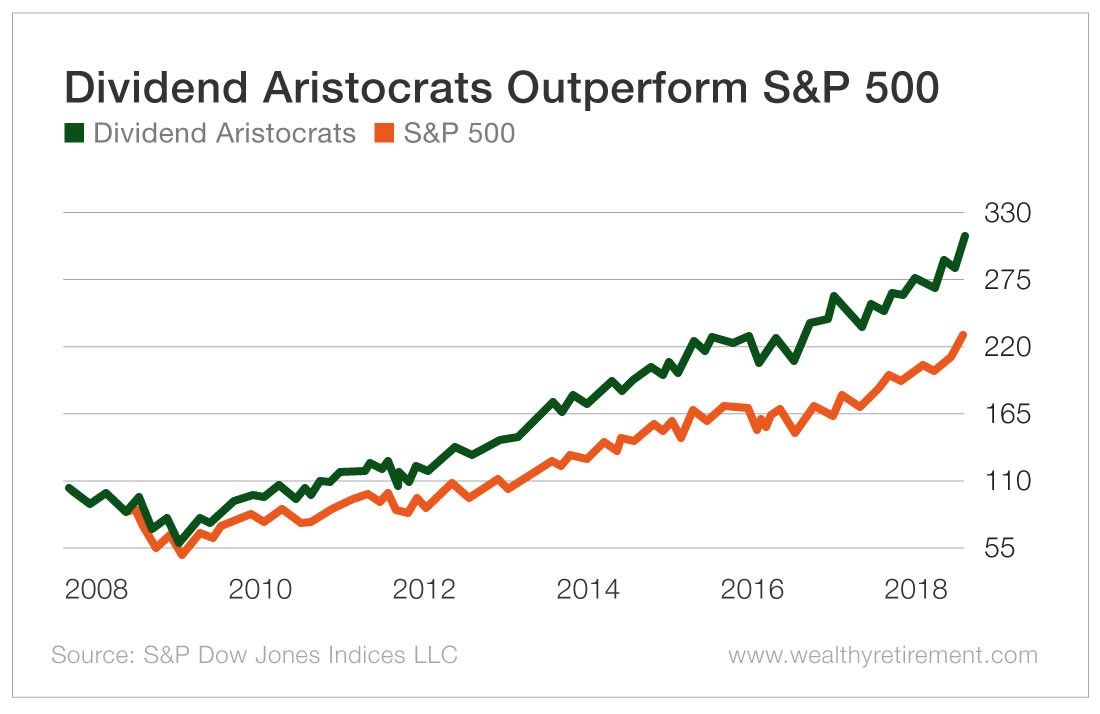 It doesn’t rhyme – but it works. And you won’t reap any of the profits if you flee your positions each Memorial Day before your dividends have had a chance to compound.

Remember, just because a trend exists doesn’t mean that it’s worth risking your retirement for.

Become the Shark… or Be Its Prey

Don’t Be Scared by Volatility

A Lesson in Investing From the Second Race...

Your First Investment of 2021