Why I Won’t Touch Tesla With a 10-Foot Pole

There’s one company that appears immune to the pandemic…

But I wouldn’t touch it with a 10-foot pole.

This number tells us what the stock market believes the company is worth on any given day.

On January 1, its share price was $420. With 185 million shares outstanding, that gave Tesla a market cap of $77 billion.

But then, the pandemic hit… 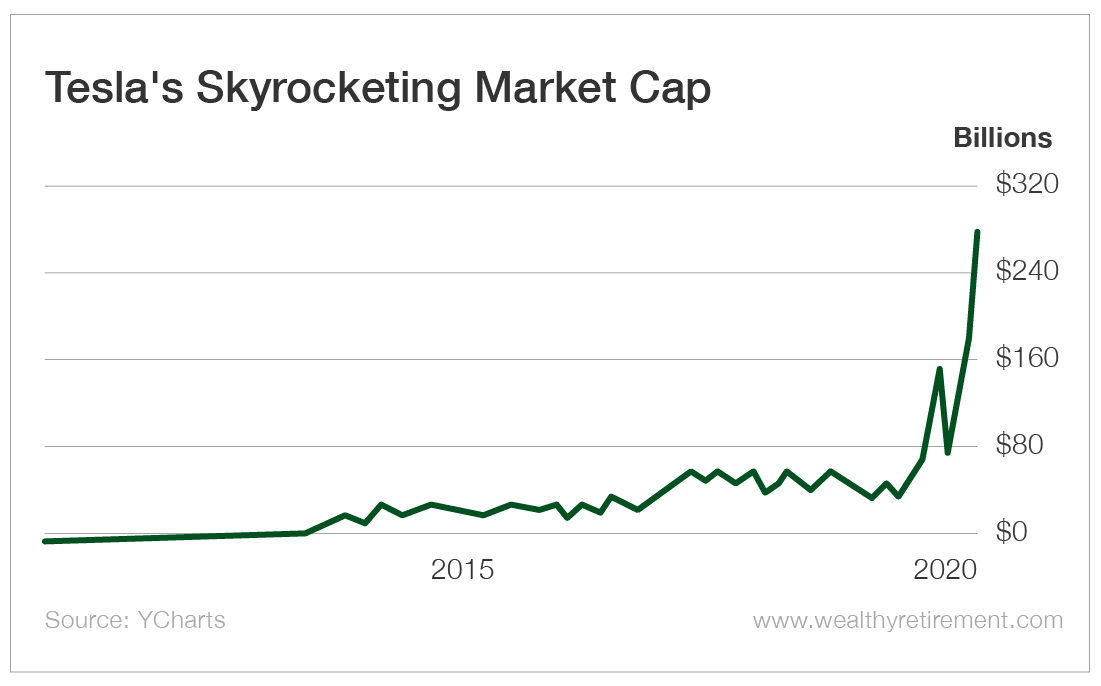 While COVID-19 decimated economies across the planet, Tesla’s market cap went from $77 billion to $285 billion – a near fourfold increase in valuation…

During a pandemic-induced collapse of the global economy.

A $285 Billion Market Cap and Not a Penny of Profit

The chart below shows Tesla’s trailing 12 months of income through the last quarter. You can see that the line never goes above zero. 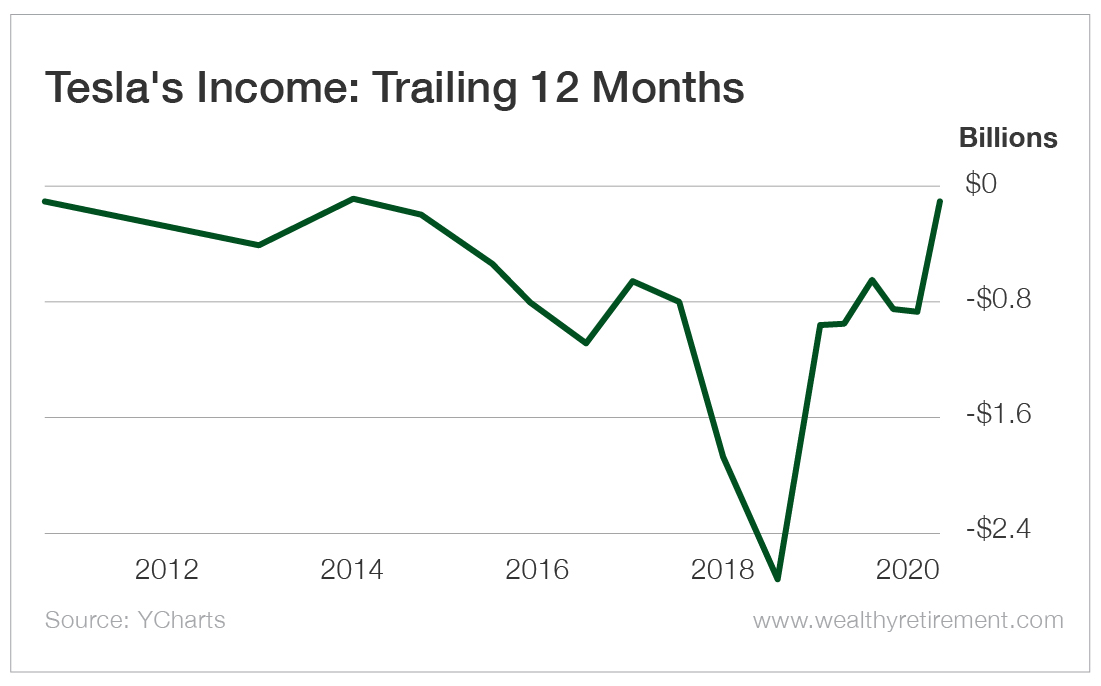 Meanwhile, other companies with market caps of roughly $300 billion have earnings in the neighborhood of the following… 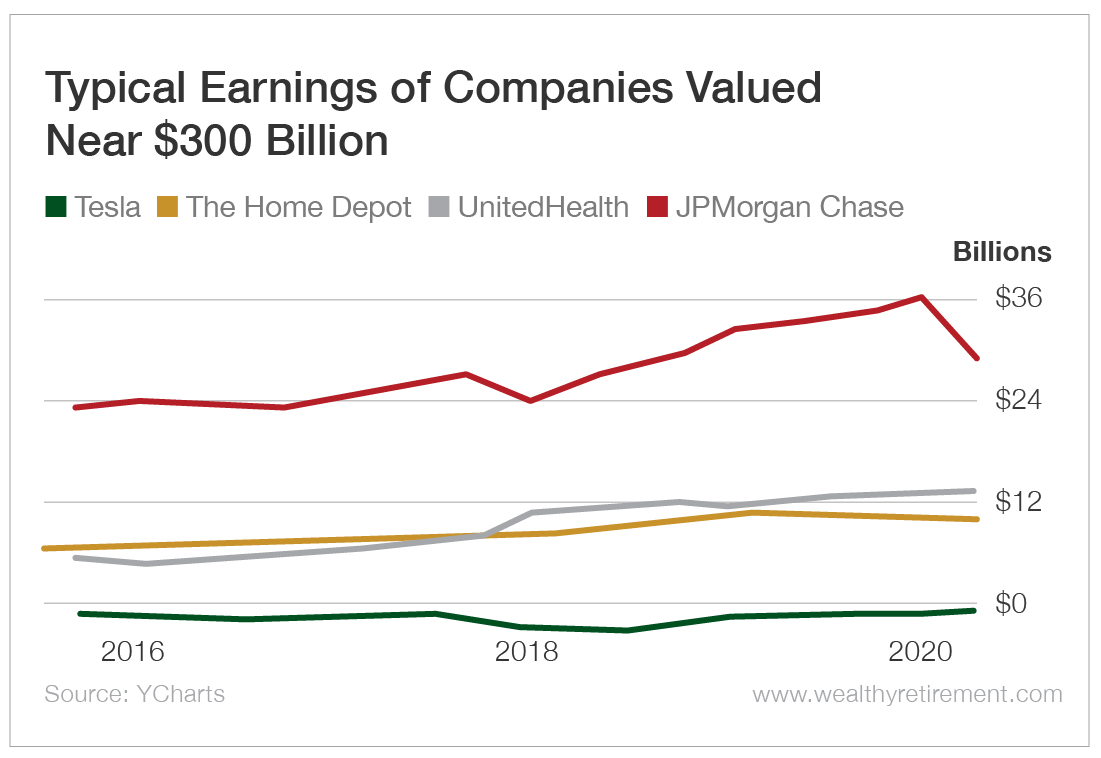 Companies with comparable market caps to Tesla’s have trailing 12-month profits ranging from $10 billion to $30 billion. Tesla hasn’t made a nickel.

Worse, its annual revenue doesn’t even reach what JPMorgan makes in a normal year.

My skepticism doesn’t mean that I’m bearish on the electric car.

I believe its widespread adoption is coming even faster than most people anticipate.

Of course, that means there is huge sales growth coming for companies that manufacture it…

But Tesla does not own the electric car business.

Yet its market cap suggests that it has been granted a 100% monopoly.

In reality, all of the traditional auto manufacturers are also developing electric cars. Tesla is facing incredible competition from much deeper-pocketed competitors.

And whether auto manufacturers produce vehicles with electric or traditional combustion engines, the one thing that history has shown us about the industry is that it is very difficult to consistently turn a profit.

Intense competition and a capital-intense industry aren’t generally the recipe for huge profits – so nobody really knows whether Tesla will ever make a decent profit.

This business’s shareholders are taking a giant leap of faith.

So when a friend recently asked me if I would touch shares of Tesla, I said, “Not with a 10-foot pole!”

You can find market valuation and revenue data easily on sites like Yahoo Finance. Take a careful look at your trendiest holdings and determine whether you’re willing to make that 10-foot (or $300 billion) leap of faith.

Value Stocks Are Enjoying Their Moment in the...