I brought stocks of American homebuilders to your attention last April because I believed they were an unusually good investment opportunity.

At that point, the share prices of these companies had been hammered by the spring COVID-19 sell-off.

This was our chance to invest at bargain prices with businesses operating in a sector that was set up for a multiyear run of booming business.

My thesis for these homebuilder stocks was simple…

This is the magic investment formula, folks…

I had no idea how well they would do in the short term.

The Sector Has Wildly Outperformed My Expectations

Since I made the case for homebuilders, the sector has gone on an absolute tear.

While the S&P 500 is up an impressive 56% since early April, the homebuilder sector is now up a staggering 130%. 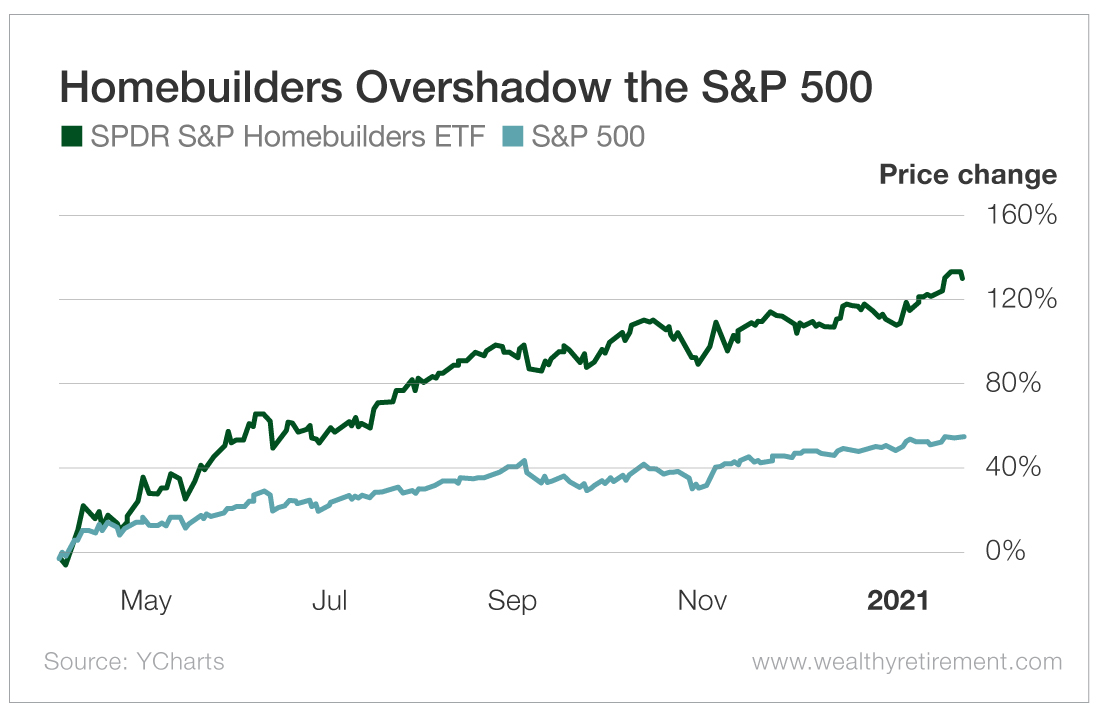 A good investment usually doubles in seven years. This sector has done that in just over seven months.

I didn’t expect this kind of result, but I’m thrilled to have it.

I am still bullish on the long-term business prospects for these companies.

Interest rates are still low, and it is going to take years to make up for the shortage of new homes built since the housing bubble popped in 2008.

Those are two strong tailwinds driving homebuilders’ earnings for the foreseeable future.

Plus, there is another factor making for a shortage of homes for sale…

The chart below shows how homeowners are now living in their homes for twice as long as they did 15 years ago. 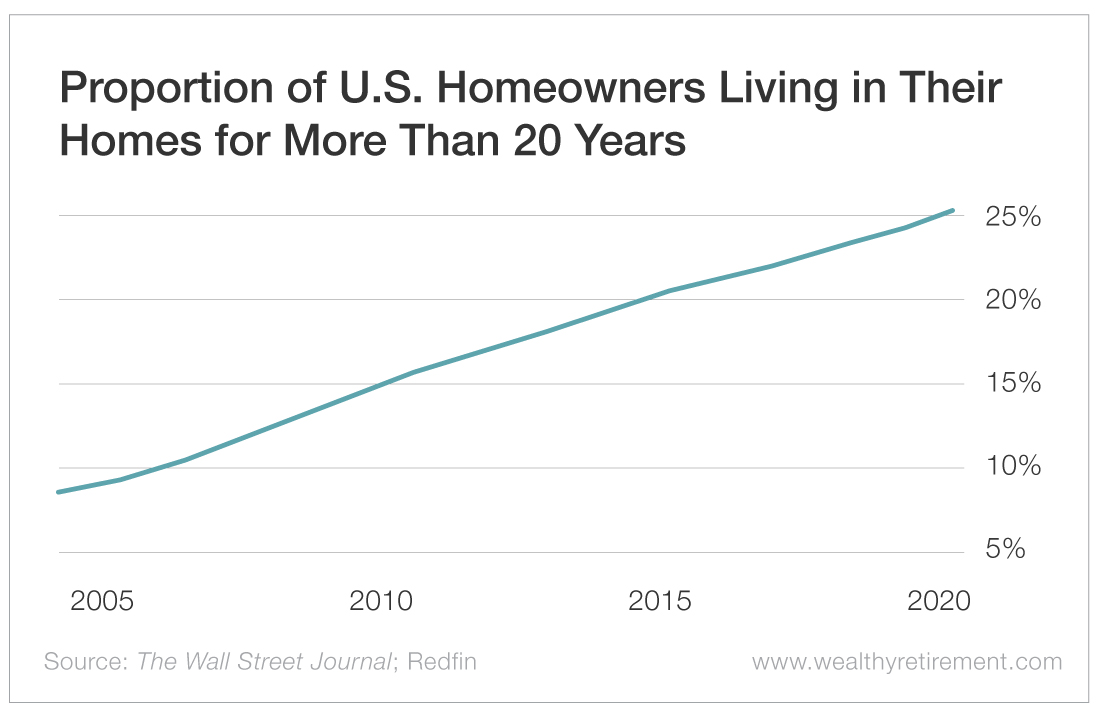 In December, the National Association of Realtors’ Monthly Housing Trends Report indicated that the number of homes for sale in the U.S. had hit at an all-time record low.

For the first time ever, the number of homes for sale nationally dipped below 700,000.

In fact, we can already see that happening… 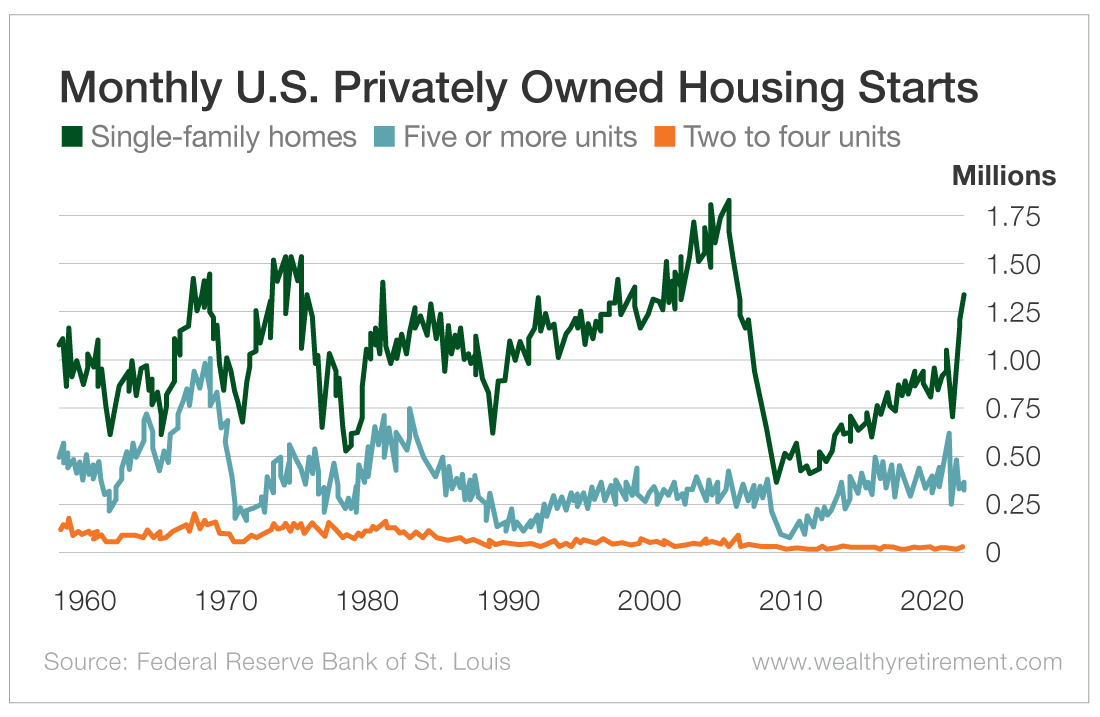 The Business Prospects Haven’t Changed… but Valuations Have

I expect that the homebuilders are going to have a great 2021.

The problem that we now have, though, is that these stocks’ valuations have changed. They aren’t nearly as cheap as they were last April.

As investors, we can’t ignore the fact that the entire sector’s valuation has more than doubled.

So while I am still very bullish on the earnings prospects for this industry, I’m not nearly as bullish on their stock prices as I was last April.

I don’t think the sector is anywhere near being overvalued.

But it certainly isn’t the tremendous buying opportunity that it was last April.

I hope that you were able to take advantage of this opportunity.