When I was a kid, my grandfather was fond of reminding me that “a bird in the hand is worth two in the bush.”

What does that mean?

That something you already possess is more valuable than something you think might be better but have a less certain chance of you actually getting.

When it comes to valuing automobile manufacturers, investors today could use a lesson from my grandfather. Let me explain…

Let me show you what I mean…

A Futuristic Play Already Valued Like a Major Auto Producer

Founded in 2014, the company has developed a series of all-electric Class 8 trucks that can be powered by batteries or hydrogen fuel cells.

Heavy-duty trucks can haul cement and transport goods around the country on America’s highways.

The trucks look cool and are cool. Investors were thrilled with Nikola’s public listing, and the company’s stock price has soared.

With 403 million shares outstanding and a share price that touched $80, Nikola reached a market capitalization of $32 billion within five days of listing.

(A company’s market capitalization tells us what the market believes the entire business is worth.)

These are all companies that have been in operation for decades and have the cash flow to support their market valuations. 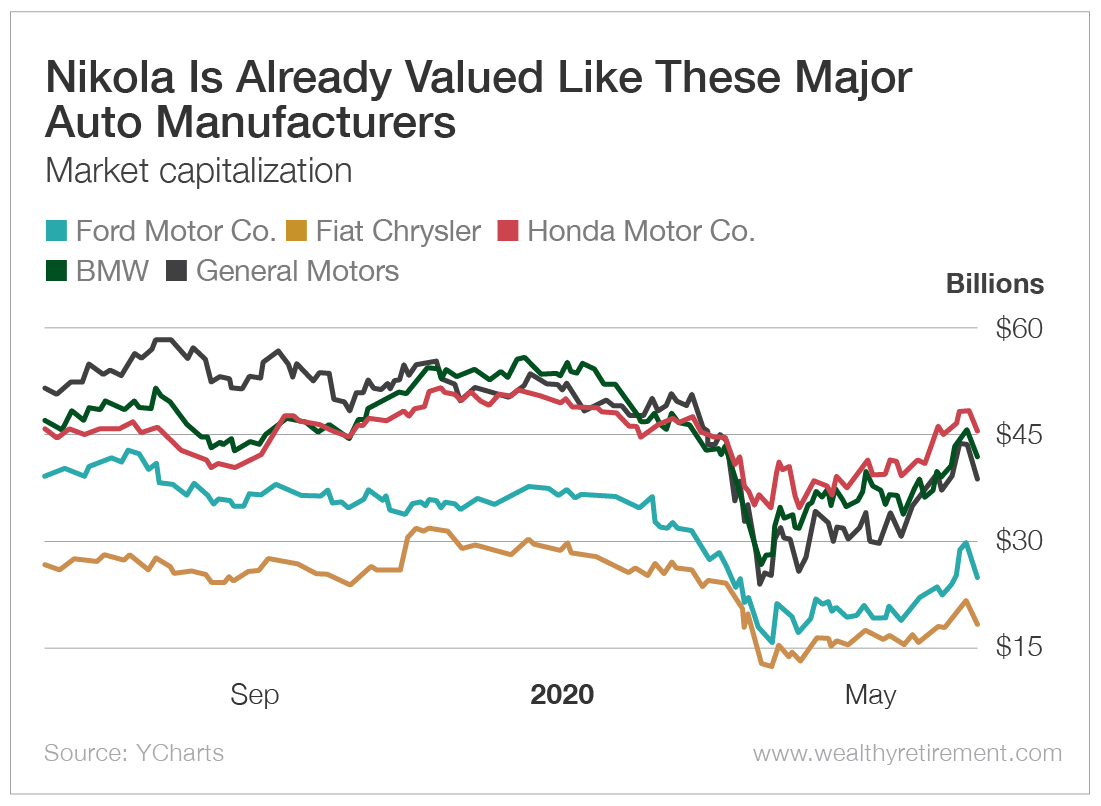 Much like Elon Musk’s Tesla (Nasdaq: TSLA), which is also a pure play on renewable energy automobiles, Nikola has quickly become an investor favorite. The only difference is that Tesla builds cars (for now) and Nikola builds trucks.

Given how rich the founders of these two companies have become, I should check to see if Mr. Tesla had a middle name. Maybe I could have a net worth of a few billion if I used Mr. Tesla’s middle name to form a clean energy auto company of my own…

No Revenue, No Profits, No Problem!

For perspective, consider that the other big automakers all generate more than $100 billion in sales annually. They have birds in hand. 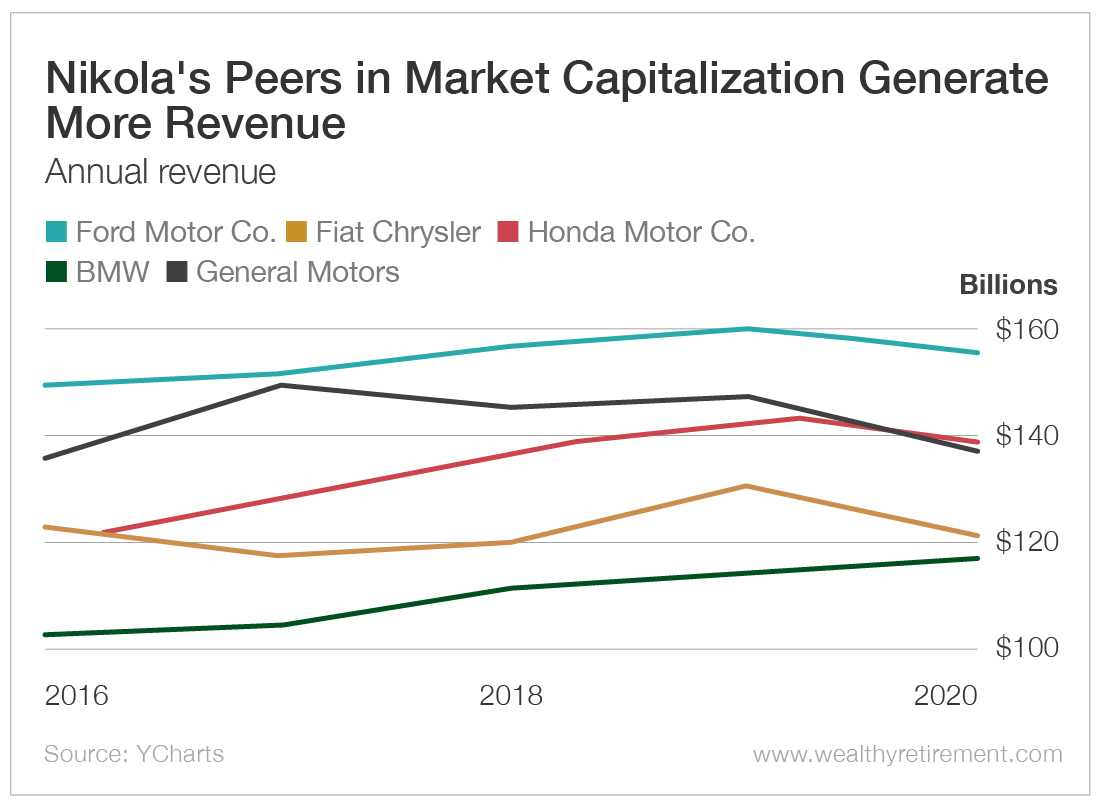 The company has more than 14,000 preorder reservations for its tractor-trailer trucks, representing more than $10 billion in potential sales.

On June 29, the company will also begin taking preorders for a heavy-duty truck that will compete directly with the highly successful Ford F-150.

Those preorders mean that some revenue will come in, but there is no guarantee that the trucks can actually be built and sold profitably.

Note, I’m not saying they can’t be profitable – I’m just being clear that it hasn’t happened yet.

I’m concerned about the valuation of Nikola’s shares when all the business currently has is a story, not actual cash flows.

I’m also concerned that there is no monopoly on manufacturing renewable trucks and tractor-trailers. There is going to be a lot of competition in this space.

Tesla is moving into electric truck manufacturing, and it competes directly with Nikola. So does Ford, which has an electric F-150 model in the pipeline.

In the coming months and years, I will watch Nikola’s stock and business progress closely. At current valuation levels that are supported only by the promise of future success, I will not be an owner.

That may mean I miss out on an incredible company because I fail to believe in the story (two birds in the bush).

But that is perfectly okay with me. I am comfortable when investing based on fundamentals like cash flow and profitability – birds already in hand.

My grandfather taught me well.