I’ve been in the market for nearly 30 years…

And I just came across an insider purchase the likes of which I’ve never seen.

I love CEOs who eat their own cooking, and last month, Prem Watsa – CEO of Canadian reinsurer Fairfax Financial (OTC: FRFHF) – didn’t just eat his own cooking, he gorged himself on it.

With his own money, Watsa purchased $150 million worth of Fairfax stock.

Let me explain why this is so stunning…

The great investor Peter Lynch famously said, “Insiders might sell their shares for any number of reasons, but they buy them for only one: They think the price will rise.”

And when Peter Lynch offers investment advice, I listen.

In 1977, Lynch was put in charge of a tiny fund named Fidelity Magellan. At that time, it had a paltry $18 million worth of assets.

Then, Lynch set the investment world on fire.

Lynch’s trading track record at Magellan is truly one of the greatest investment runs in history, and following insider buying was a key part of his playbook.

After analyzing data over multiple decades, these studies have concluded that stocks with insider buying tend to outperform the overall market by a whopping 6% to 10% per year.

Because the purchase was so enormous, Fairfax was obligated to issue a press release. CEO Watsa said…

I have followed Watsa and Fairfax for years, and I can tell you that Watsa is called the “Canadian Warren Buffett” for good reason…

Anyone who owned Fairfax shares at their inception in 1985 and held them until now earned an annualized 17.8% in those 35 years.

Like Buffett’s Berkshire Hathaway (NYSE: BRK-B), Fairfax is a reinsurance company that accumulates cash by selling insurance premiums. That cash is then deployed into what Watsa views as the best opportunities.

Given the company’s long-term results, he has clearly invested that money very well.

But over the past 10 years, like many traditional value investors, Watsa has underachieved by his historical standards. Fairfax’s investment portfolio greatly underperformed during the bull run that began in 2010.

That cold streak has driven Fairfax’s share price down. 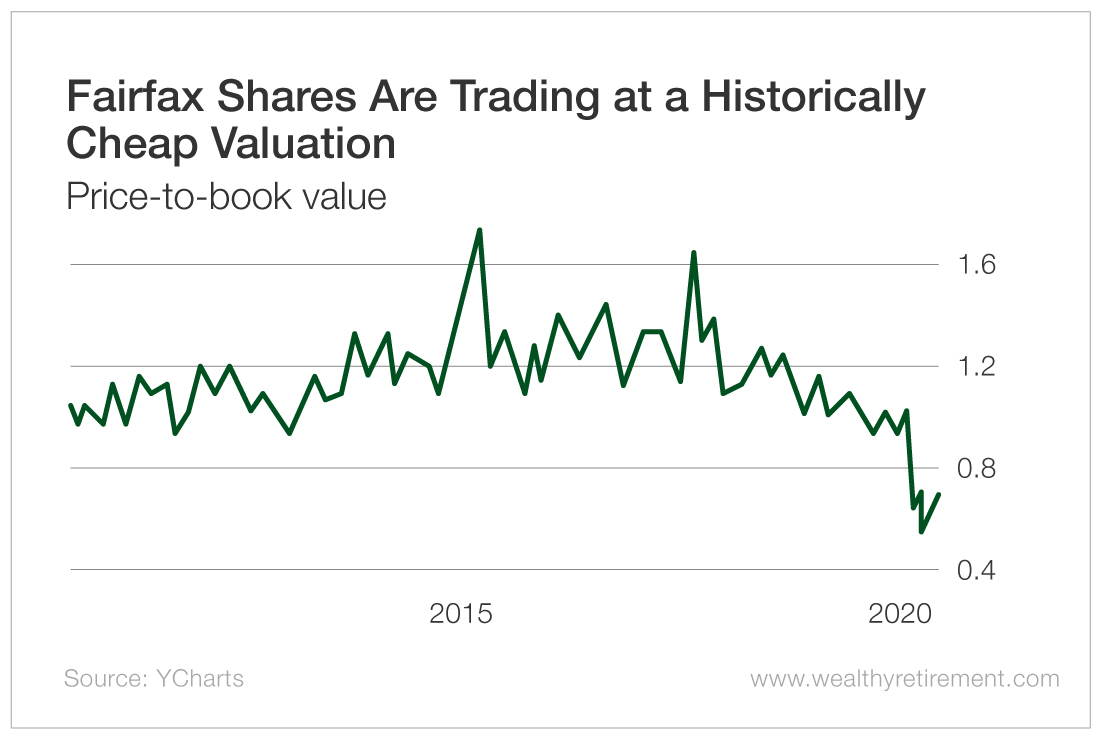 Historically, Fairfax has traded at close to 1.2 times its book value. Today, it trades at just 0.7 times book value, which means that shares need to rise 70% to get back to the norm.

This insider bet would have even Peter Lynch’s head turning.