Within five days of listing, shares surged to $80. The market valued this unproven business at more than $30 billion.

I warned that Nikola’s share price was held up by speculative fever, not by fundamentals.

And since then, the Nikola fever has cooled. 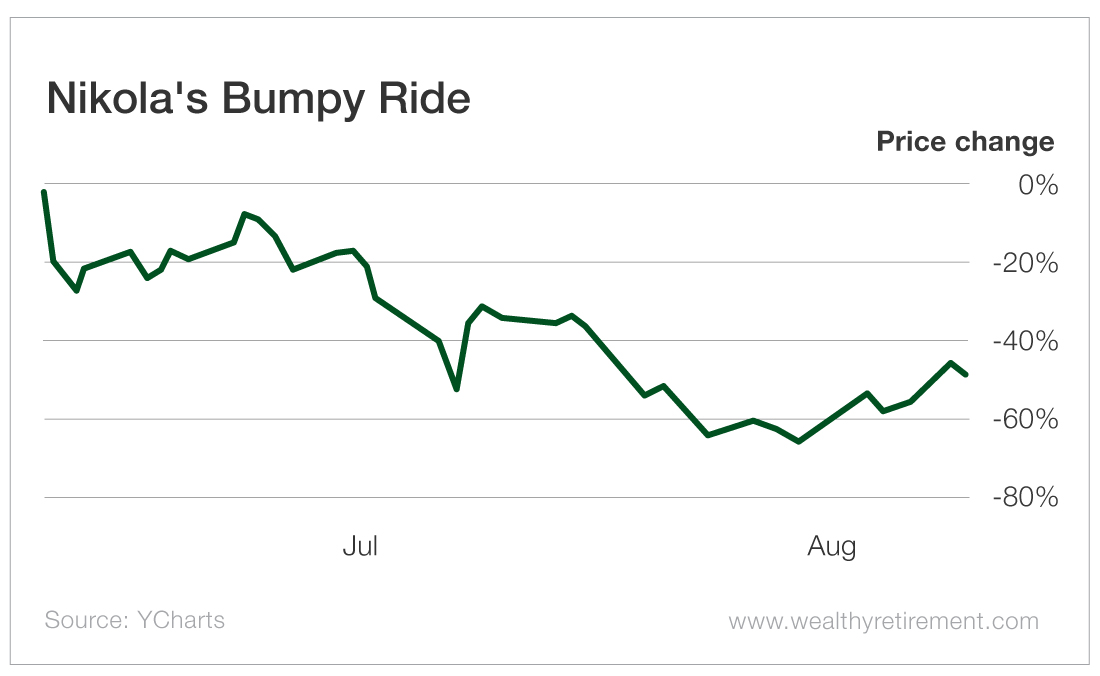 I was right to be leery of Nikola’s lofty valuation back in June. But in one regard, the company has proven me wrong…

Much to My Surprise…

When I warned you about Nikola’s risk in June, I said this…

I also said that Nikola wouldn’t record any sales until 2023… But I was wrong.

Nikola did record revenue in the quarter ending June 30, 2020. It earned a whopping $36,000 for installing solar panels on the roof of the company’s executive chairman, Trevor Milton!

That’s an odd choice for an electric truck maker…

But even this revenue was offset by almost $100 million of expenses, which created a huge net loss for the quarter.

Yet Nikola still sports a market valuation of $16 billion. 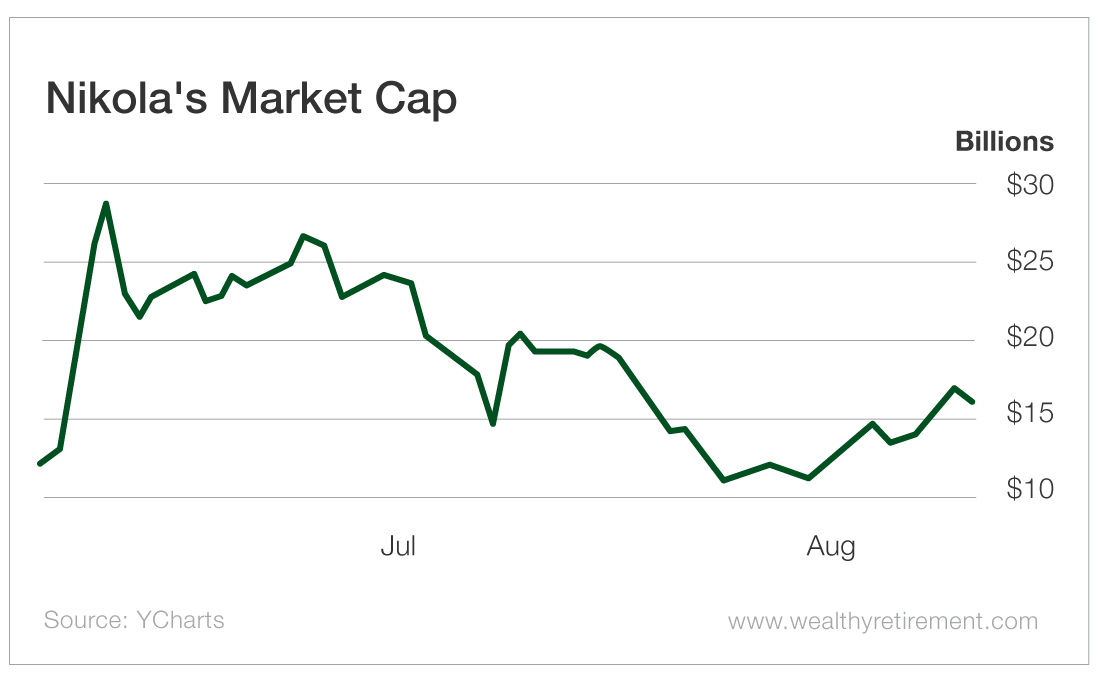 It is still a market valuation that is based purely on speculation of what the company might accomplish at some point in the future.

Nikola Isn’t the Only Current Stock Price Built on Speculation

The great stock market investors of the past hundred years tend to agree on one thing.

I’ve discussed the risks of renewable energy automobile manufacturers like Tesla and Nikola. These companies haven’t proven that they can generate significant positive cash flow.

There are more stocks out there with speculative valuations – stock prices built on hopes and dreams, not predictable future cash flows…

Without solid fundamentals beneath these stocks, the downside on them is huge. Investors ignoring fundamentals these days are taking enormous risks.

In my next article, I’ll unmask another speculative stock that investors need to avoid. Stay tuned…

The FANG Stocks Have Lost Their Bite