There are many reasons insiders sell shares of the company that they work for.

I’m not saying that insider selling is meaningless as an indicator, especially when it comes from multiple insiders in large amounts at the same time…

But it isn’t necessarily a bad omen.

Insider buying, on the other hand, is a very different story.

There’s only one reason for an insider to take their hard-earned cash and buy shares of a company in the open market, no less shares of their own company…

They think those shares are going to go higher.

This is why smart investors pay so much attention to insider buying, especially when it’s done by a prominent insider, like a CEO.

In July 2020, I wrote about the single biggest insider buy that I had ever come across in my almost 30 years of stock market investing.

CEO Prem Watsa of Canadian reinsurer Fairfax Financial (OTC: FRFHF) had just backed up the truck in the previous quarter and made a massive insider buy.

For perspective, that’s an absurdly large insider buy – perhaps the largest in history.

Because the purchase was so incredibly large, Fairfax was obligated to explain it.

The company’s press release included the following quote from Watsa:

I have now backed up my strong words by purchasing close to US$150 million of Fairfax shares in the market over the last few days, as I believe that this will be an excellent long term investment.

Given the size of Watsa’s share purchase, we didn’t really need an explanation. Regardless, we got a precise one.

The man in charge of Fairfax Financial was pounding the table on his own company’s shares and telling us to buy.

Since then, Watsa and anyone who followed his lead and bought shares of Fairfax have made a lot of money.

I hope you jumped on it when I wrote about this in the middle of 2020. 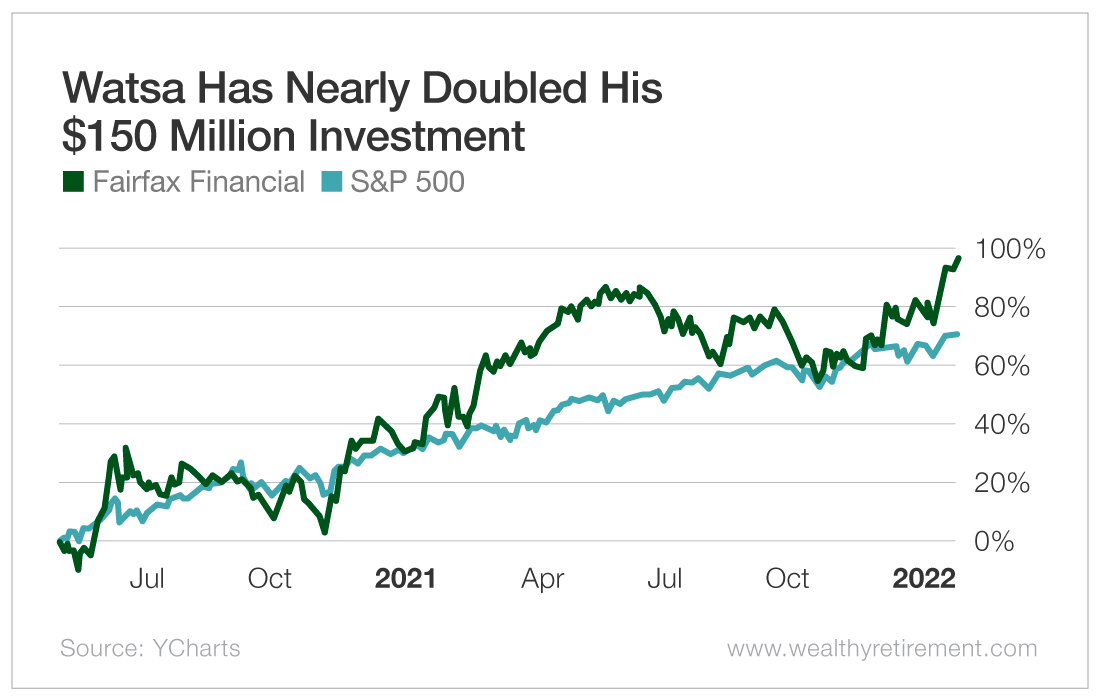 Despite that nice rise in Fairfax’s share price, I think the stock is still very attractive at current prices.

More importantly, so does CEO Watsa!

He knows the value of this company better than anyone.

Watsa just announced that Fairfax repurchased $1 billion worth of its own shares in the month of December.

In doing so, Fairfax reduced its outstanding share count by almost 8%.

I’ve been writing a lot about share repurchases lately and how most companies misuse them by repurchasing without paying attention to valuation.

That’s not the case with CEO Watsa, who has long been known as the “Warren Buffett of Canada.”

Watsa is all about value.

Today, Fairfax shares still trade for less than the book value of the company’s assets. 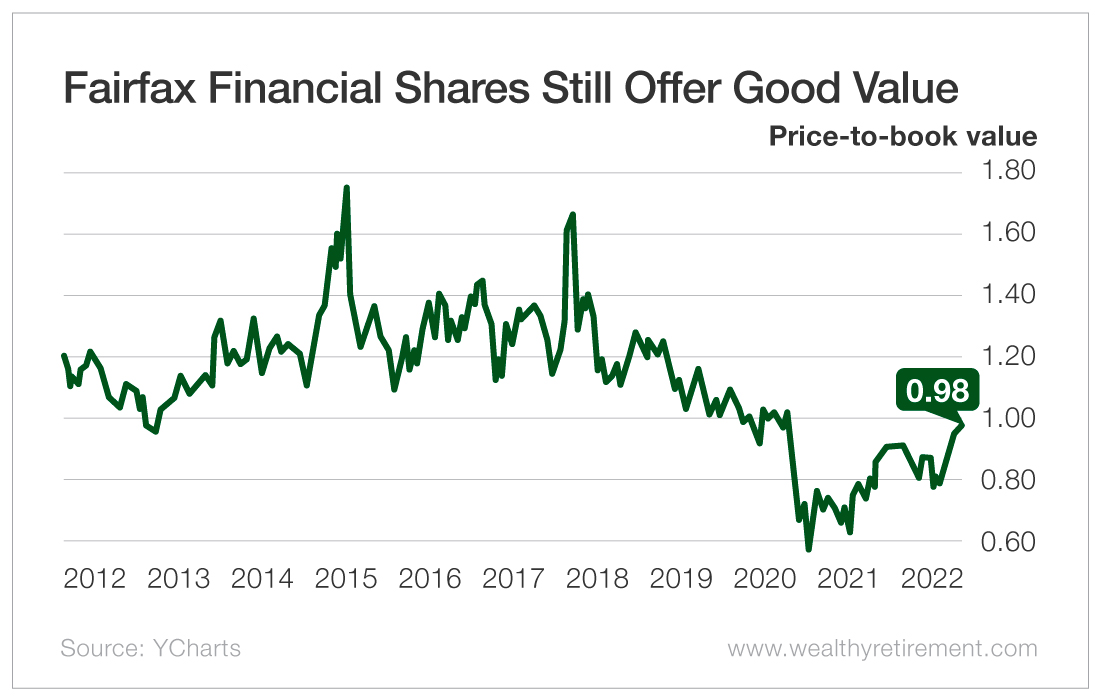 That’s a good-sized discount to the 1.2 to 1.4 times book value that Fairfax has historically traded for.

I like the value proposition today, and I’m excited to see what’s going to happen to Fairfax’s earnings as interest rates rise.

At the end of the third quarter of 2021, Fairfax, a reinsurance company, was sitting on almost $20 billion in cash.

Today, that cash is earning next to nothing.

But as interest rates go up, that cash is going to start generating interest income, which is great for investors.

And that assumes the $20 billion stays in cash.

With higher rates, Watsa may well choose to start allocating a larger portion of that cash to higher-paying investment options, like corporate bonds.

Suddenly, that $20 billion that’s earning nothing could be put to work in corporate bonds paying out 5% to 7%.

I’m sure Watsa has been sitting on that money waiting for higher rates on corporate bonds to arrive to put it to work.

I expect that rising rates are going to give him that chance in the coming months and years.

Watsa’s huge insider buy was a signal to pounce on Fairfax shares for those of us paying attention.

With Fairfax’s valuation that remains attractive, as well as rates ready to rise in its favor, I believe this trade still has room to run.

The United States’ Public Enemy No. 1