Why I Still Want to Own Shares of Berkshire Hathaway

The stock market setup today is incredibly simple to understand. The expensive stocks are too expensive, and the cheap stocks are really cheap.

That makes our recipe for success very simple.

It is time to get out of expensive growth stocks and into cheap value stocks.

While the most popular growth stocks have driven the S&P 500 higher in recent years, Berkshire has badly underperformed. 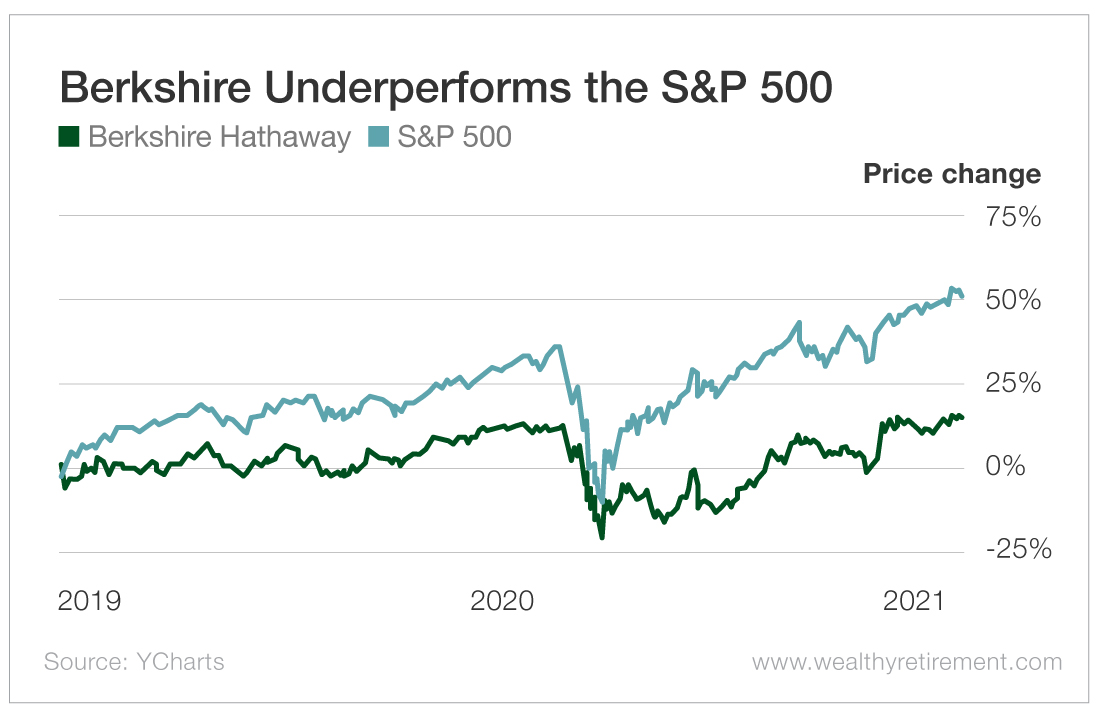 That is one of the worst two-year relative performance stretches in the history of the company.

But those two years are in the rearview mirror… I’m more interested in what’s ahead.

And what I’m seeing makes me want to own Berkshire Hathaway.

Last Time, This Was a Huge Buying Opportunity

In the two years heading into the end of the dot-com bubble, Berkshire Hathaway massively underperformed the S&P 500. 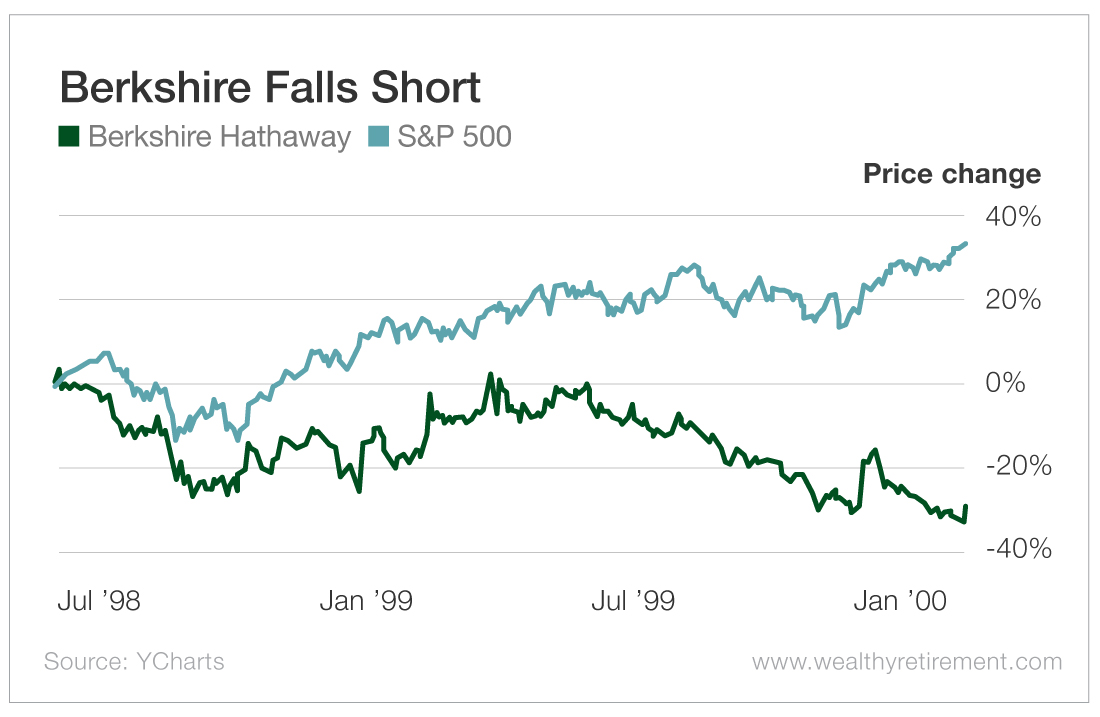 In the late 1990s, the media was full of stories about Buffett being washed up. People thought he was out of touch.

The story questioned why Buffett had missed out while day traders were becoming overnight millionaires speculating on explosive tech stocks.

That Barron’s article did not age well…

While day traders who had speculated on outrageously expensive tech stocks were being wiped out, Buffett and Berkshire massively outperformed.

In the three years following the dot-com crash, Berkshire beat the S&P 500 by 70%. 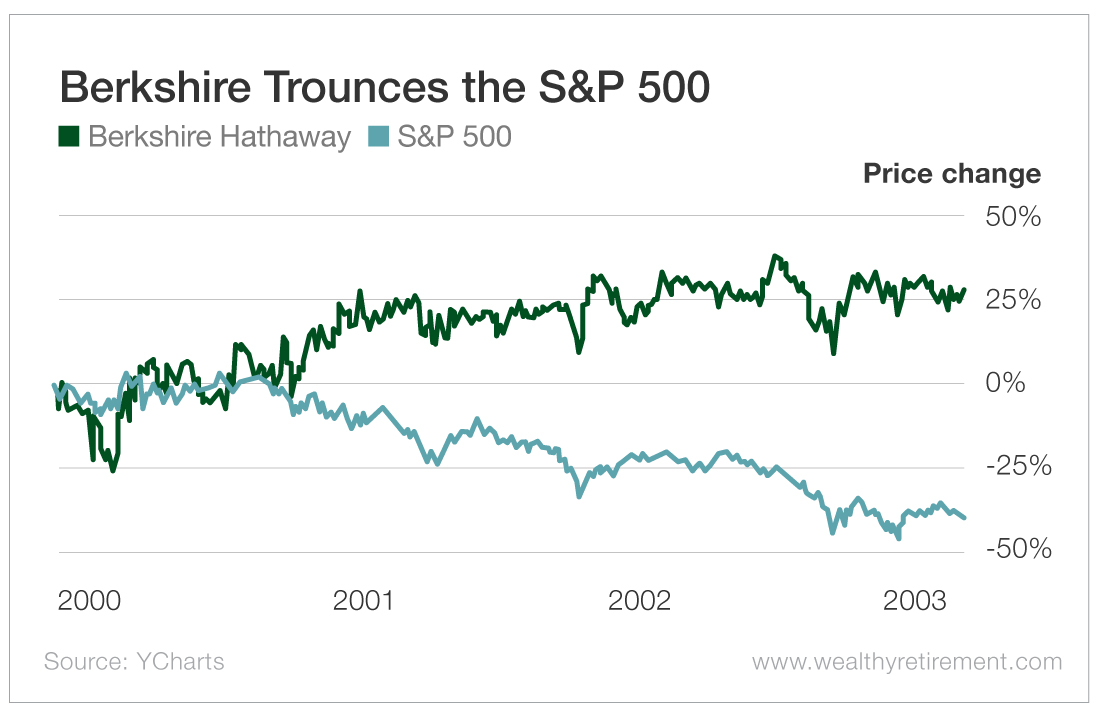 Now here we are, 20 years later, with a remarkably similar situation.

If you do an internet search today on the words “Warren Buffett” and “underperform,” you will find plenty of recent articles suggesting it is time for him to retire.

Their skepticism tells me Berkshire is ready for another multiyear run of outperformance.

I don’t make short-term calls. I believe that is a fool’s errand. Anything can happen in the market over the short term.

I am, however, willing to pound the table today and say that I believe Berkshire Hathaway will wildly outperform the S&P 500 over the next three years.

I’ve got four main reasons for saying that…

And then, of course, there is the cash.

Berkshire is now sitting on $150 billion, and Buffett is always on the lookout to deploy it wisely.

If Buffett or his investing lieutenants can put a meaningful amount of that cash to work, it could immediately provide a big boost to Berkshire’s earnings.

If nothing else, its cash and Fort Knox balance sheet probably make Berkshire the safest stock to own in the entire stock market.

And in a historically expensive market, “safe” sounds great to me.