Royal Dutch Shell (NYSE: RDS-A, RDS-B) is one of the largest oil companies on the planet. But the oil business hasn’t been an easy one over the past several years.

In the first half of the year, free cash flow was $10.9 billion, so it’s behind the pace of last year. Royal Dutch Shell is forecast to bring in $20.5 billion in free cash flow in 2019. 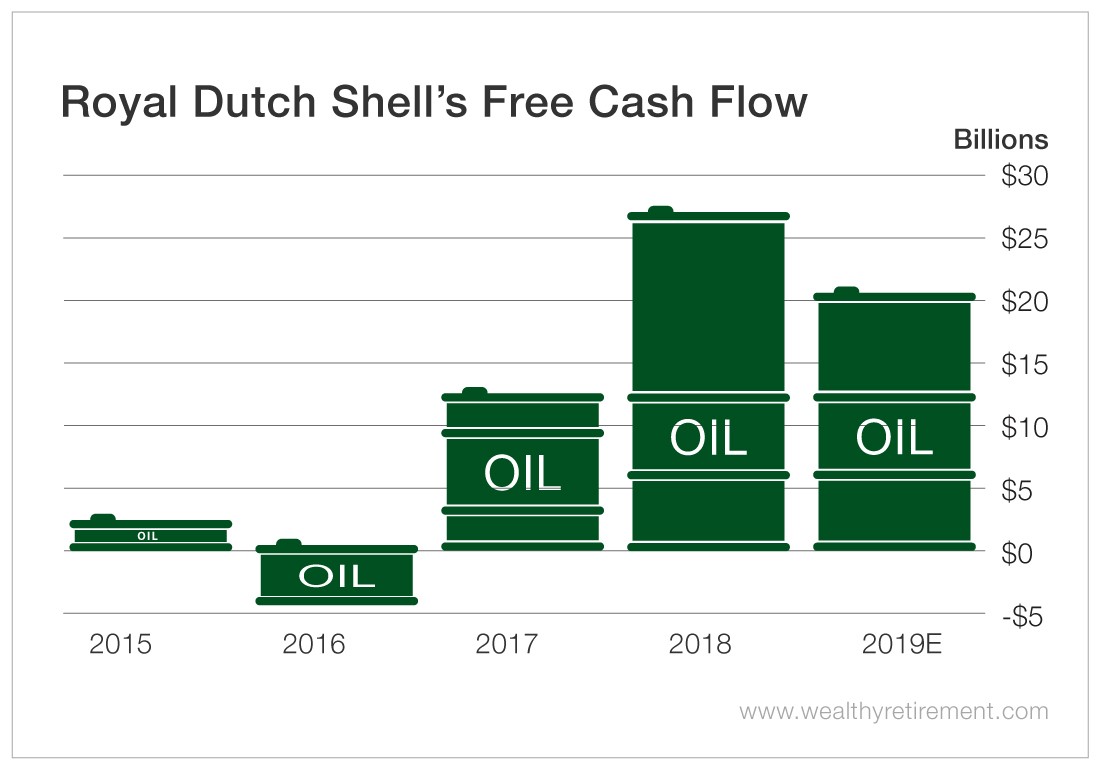 SafetyNet Pro doesn’t like to see falling free cash flow, so that will put a dent in the company’s dividend safety rating.

I like to see companies pay out 75% or less of their free cash flow in dividends. That way, should cash flow slip in the future, they can still afford their payouts.

The company has never cut its dividend going back to 2005. It has paid a $0.94 per ADS (American depositary share) dividend every quarter since 2014, so management has shown a commitment to its dividend.

(An American depositary share is a foreign stock that trades on a U.S. exchange.)

The only mark against Royal Dutch Shell is the negative free cash flow growth for 2019. If it comes in lower than forecasts, the stock could get a downgrade.

However, considering Royal Dutch Shell can still afford its dividend, continued to pay it even when free cash flow was negative and has a solid dividend-paying track record, shareholders should have little to worry about in the near future when it comes to dividend safety.

This Bond Is a Trap – and the Pros Should Know Better

What Tech Giants Uber and Facebook Don’t Know About Money

Is This 8% Yield Improving Enough to Avoid...

A Stock With a Double-Digit Yield and Improving...