Kicking Off Earnings Season – Not With a Bang, but With a Whimper

First quarter earnings season officially kicked off on April 14. What are the numbers telling us so far?

The big banks kicked things off and made it very clear that the world has changed. These companies reported huge hits to earnings as a result of taking billions of dollars of loss provisions to prepare for loans turning bad. 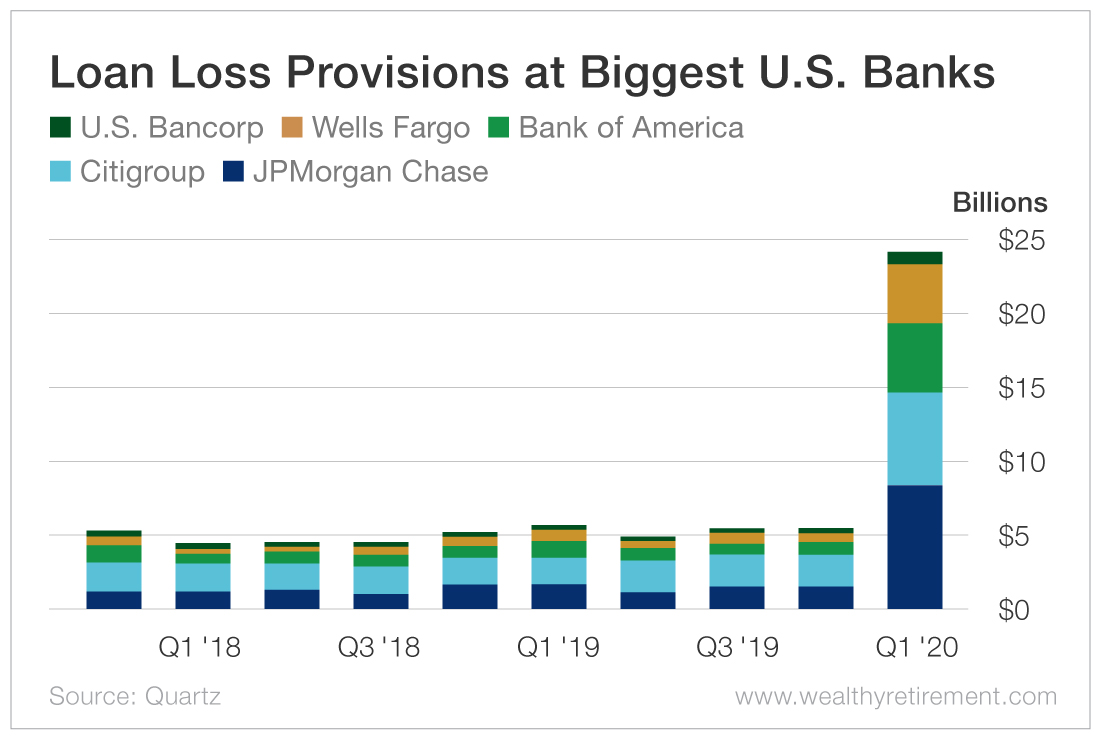 The banks are a bellwether of the economy. Their loss provisions are based on what they are seeing on the front lines from their customers.

It’s no shock that what the banks are seeing is bad. The economic readings we’ve seen rolling in have been unlike anything that any of us have ever seen.

Take March retail sales in the United States, for example. In the month of March, retail sales plummeted by 8.7%, which is the biggest decline ever recorded in government data. 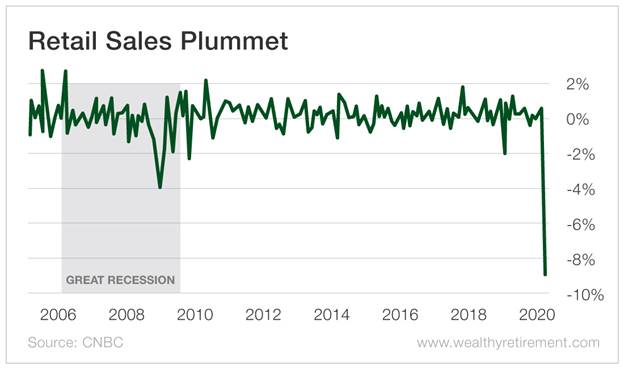 That is a stunning chart, but it still doesn’t even give you the full picture of how bad March was. The retail sales number in this chart includes the big surge in grocery shopping that took place in March as we all stocked up to be shut in.

The March retail sales numbers for items like cars, sporting goods and furniture all show about 25% declines. For clothing and accessories, the drop was more than 50%! 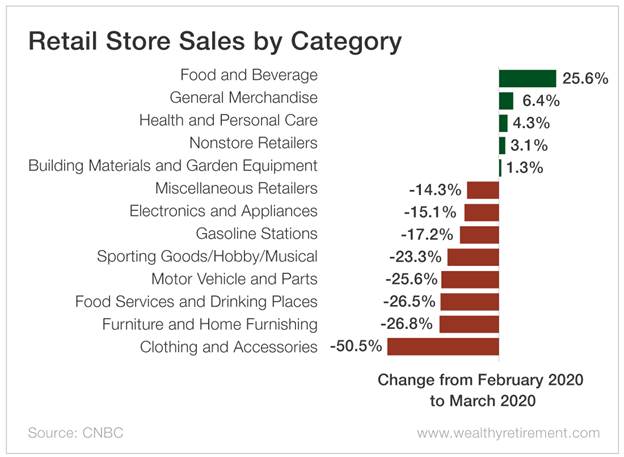 If you have ever wondered what happens to the economy when the vast majority of Americans lock themselves in their homes and come out only to buy groceries… unfortunately, now you know.

Take a Deep Breath… Next Earnings Season Will Be Worse

This is the third full-blown stock market crash that I’ve invested through.

(I was 14 in 1987 when Black Monday hit, but my portfolio then consisted of comic books and hockey cards. So I got through that one unscathed.)

What I’ve noticed from those two crashes is that each of them had one very specific moment that I can remember as clear as day. Those were the moments I realized that things were about to get really scary.

The moment I’m going to remember from this crash occurred on Thursday, March 12. My daughter and I had just arrived home from her swimming club, and she asked me to read a book before she went to bed.

Before we got started, my phone buzzed with a news update from Apple. In that update, there were three big pieces of news:

That was when I fully realized we were about to experience something really unusual.

I mention that because our economy was actually operating pretty normally up until that point. The ugly first quarter earnings numbers and financial data we are now seeing mainly reflect March 12 through March 31 – a period of 20 days.

That means second quarter numbers are going to be even worse.

The general consensus among economists is that we are going to have a 30% drop in gross domestic product (GDP) in the second quarter. Some are projecting an even bigger drop. JPMorgan Chase, for example, sees a 40% decline in GDP on the way. 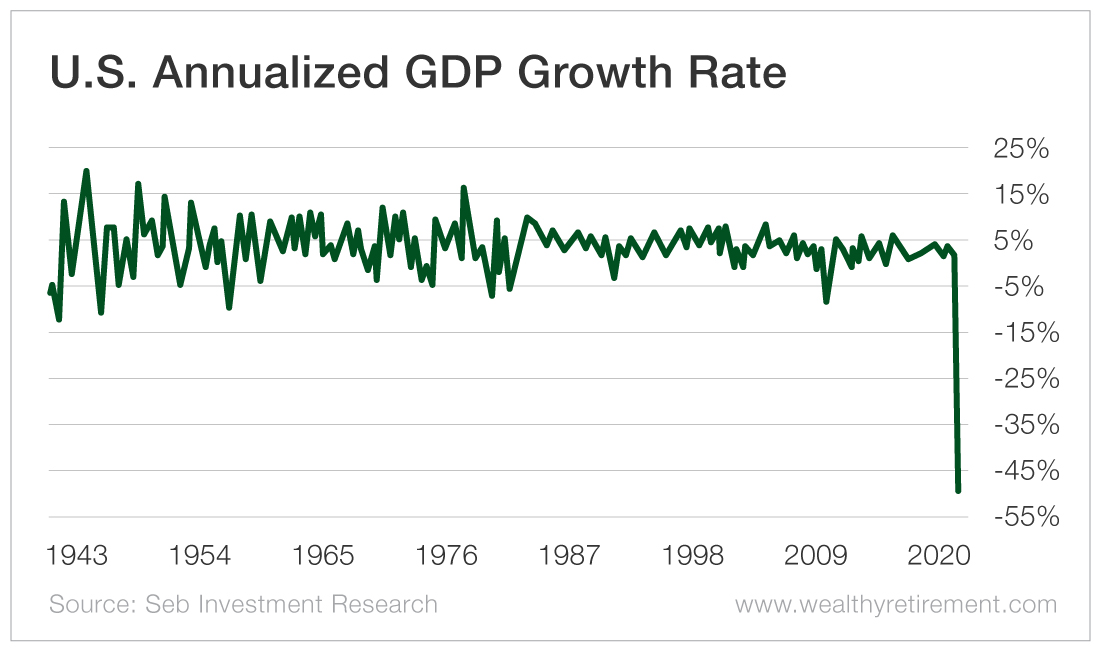 But Guess What? The Stock Market Already Crashed

The data is remarkable to look at.

We need to get used to seeing information like this – earnings and economic data will be ugly for some time to come.

But guess what? That is why the stock market already crashed. It is a forward-looking mechanism, and it has already priced most of this in.

More encouraging is the fact that this forward-looking mechanism will price in the recovery from this economic collapse long before the economy actually gets there.

So prepare yourself for nothing but bad earnings numbers – not just from the first quarter but from the next quarter as well. We know businesses have been closed for April and people have been hunkered down. Earnings can only be bad when most of the economy is closed.

The stock market knows that too, and it has priced most (if not all) of it in.

Instead of worrying about the economic numbers that reflect our current “shut-in” economy, take advantage of the bargain stock prices on world-class businesses that you know will be thriving a decade from now.

The long-term power of those companies will not be changed by a couple of terrible quarters.

And always remember that we are closer to the recovery today than we were yesterday.

We will be closer again tomorrow.