Why It May Be International Stocks’ Time to Shine

The stock market in the United States has outperformed other markets for a long time now – 10 years, to be exact.

The comparison isn’t even close… It has been American domination. 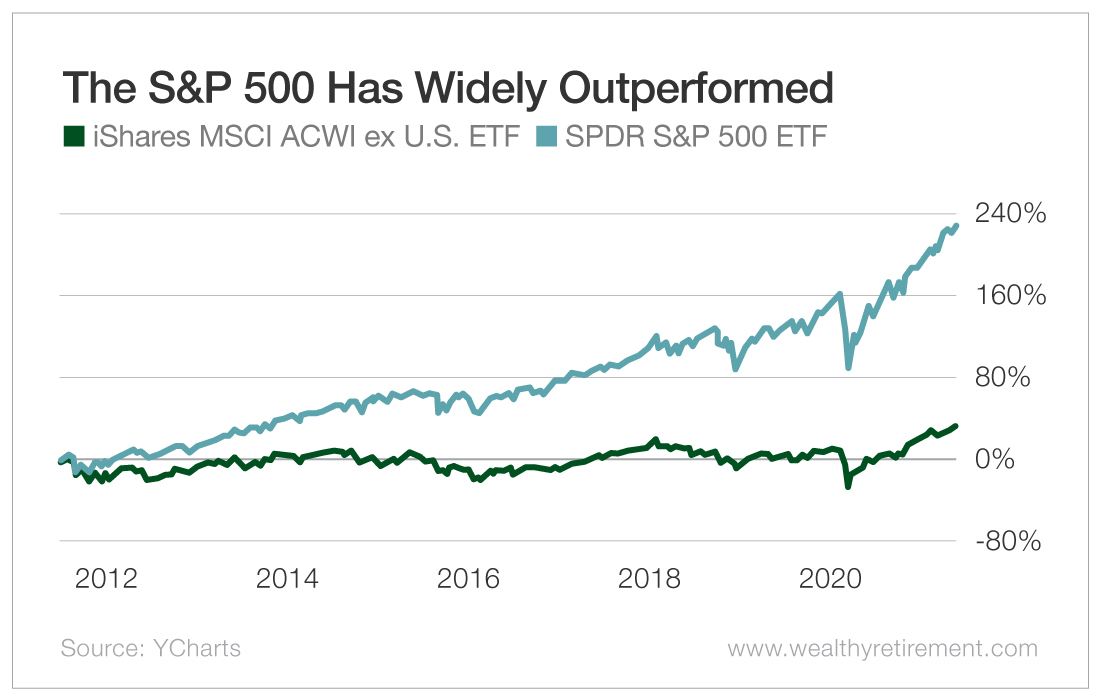 But these stretches of outperformance are cyclical, and history suggests that this cycle of American stocks leading is getting long in the tooth. 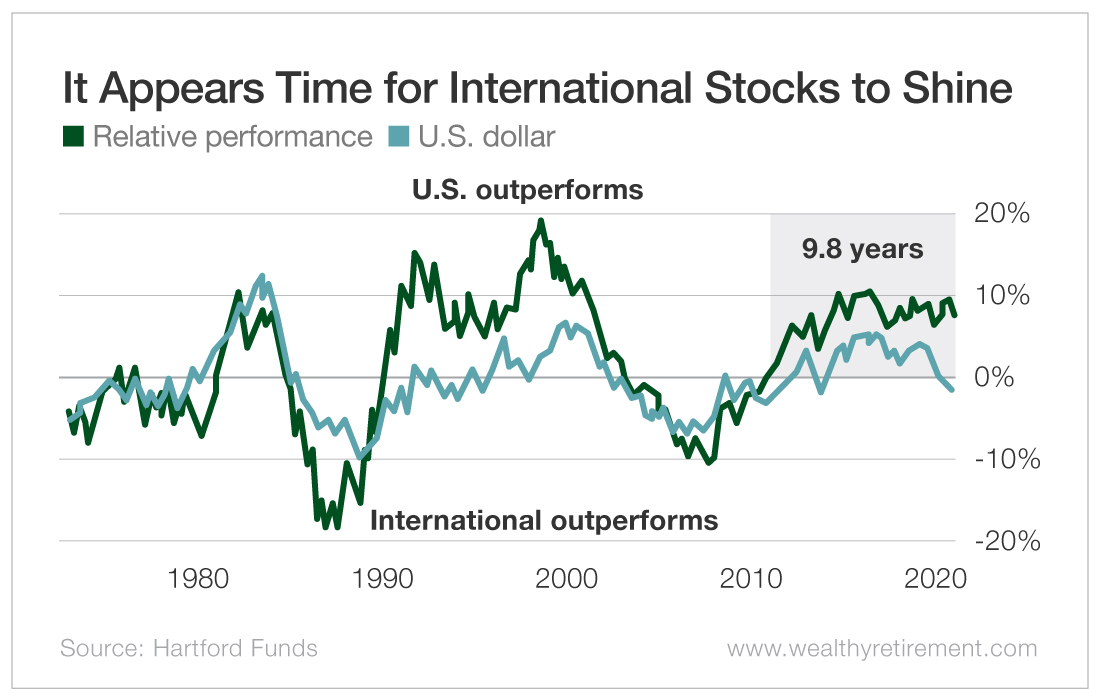 In the past, on average, a period of cyclical outperformance like this had lasted 7.6 years.

At around 10 years old, this cycle is already well past that…

It’s time to hand the ball back to international stocks so they can have their turn.

Why International Stocks Are the Better Buy Today

Much of the outperformance of the S&P 500 has been driven by the fact that the index is heavily concentrated in expensive tech sector growth stocks.

While the S&P 500 does hold 500 different stocks, the five largest companies account for 21% of the index.

The market hasn’t been this top-heavy since the start of 1970, when the top five holdings in the S&P 500 were IBM (NYSE: IBM), AT&T (NYSE: T), General Motors (NYSE: GM), Standard Oil of New Jersey and Eastman Kodak (NYSE: KODK).

A bet on the S&P 500 today is essentially a bet that Apple (Nasdaq: AAPL), Microsoft (Nasdaq: MSFT), Amazon (Nasdaq: AMZN), Google owner Alphabet (Nasdaq: GOOGL) and Facebook (Nasdaq: FB) will continue to grow as they have for the past decade.

Maybe they can, but all of these companies (except Facebook) already sport $1 trillion-plus stock market valuations. 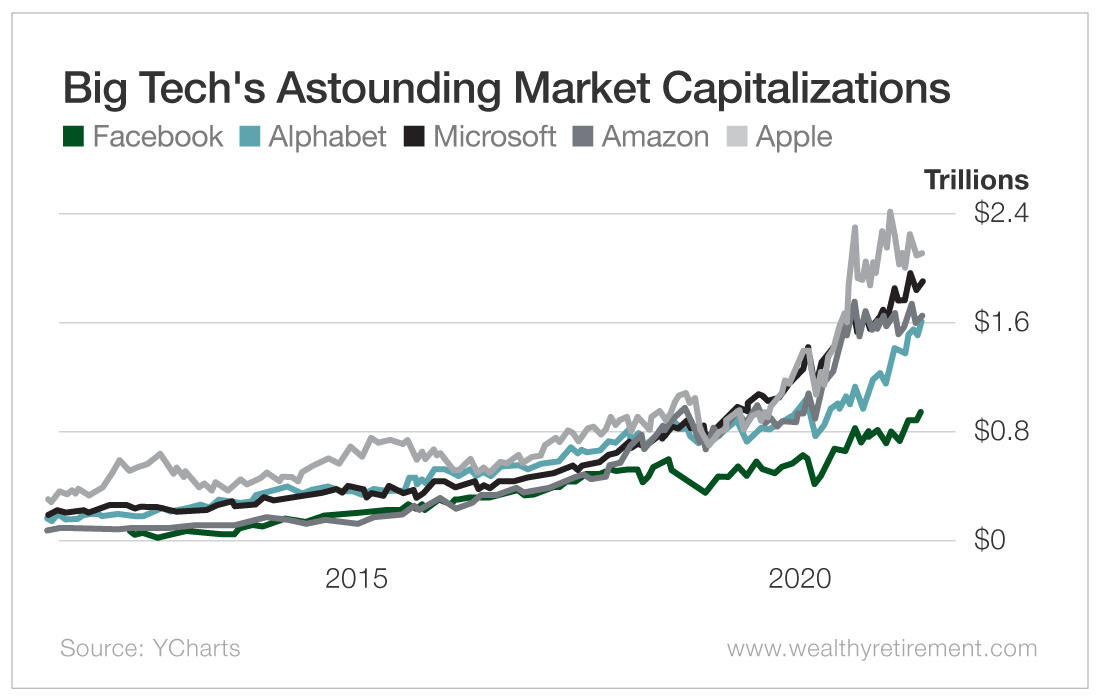 At some point, size becomes a major anchor on growth.

By contrast, an international stock index like the MSCI World ex USA is much more diversified.

The top five international stocks account for just 6.8% of that benchmark.

Plus, more diversification isn’t the only reason to go international today.

International companies have more exposure to Asia and other emerging markets with faster-growing middle classes and higher rates of GDP growth.

And over time, earnings growth is what drives stock prices. That is why big U.S. tech stocks have performed so well over the past decade.

Investing outside the U.S. also provides exposure to currencies other than the U.S. dollar.

That can’t be a bad idea today given the astounding amount of debt the Federal Reserve has accumulated in its response to COVID-19.

And, of course, international stock valuations are considerably lower than those in the U.S.

On a price-to-cash-flow basis, the MSCI World ex USA Index trades at 60% of the valuation of the S&P 500.

Considering all of this, it looks like the perfect time for some international diversification…