Without question, COVID-19 has fundamentally changed our day-to-day lives.

Everywhere we look, we’re reminded of the “new normal.”

Water fountains have been replaced with hand-sanitizing stations…

There are even some medical professionals who believe that the handshake may be permanently replaced by an elbow bump.

Yet as public health experts warn, we are still a long way off from anything approaching normalcy. Even the market refuses to conform to history’s expectations, especially as we near the election. 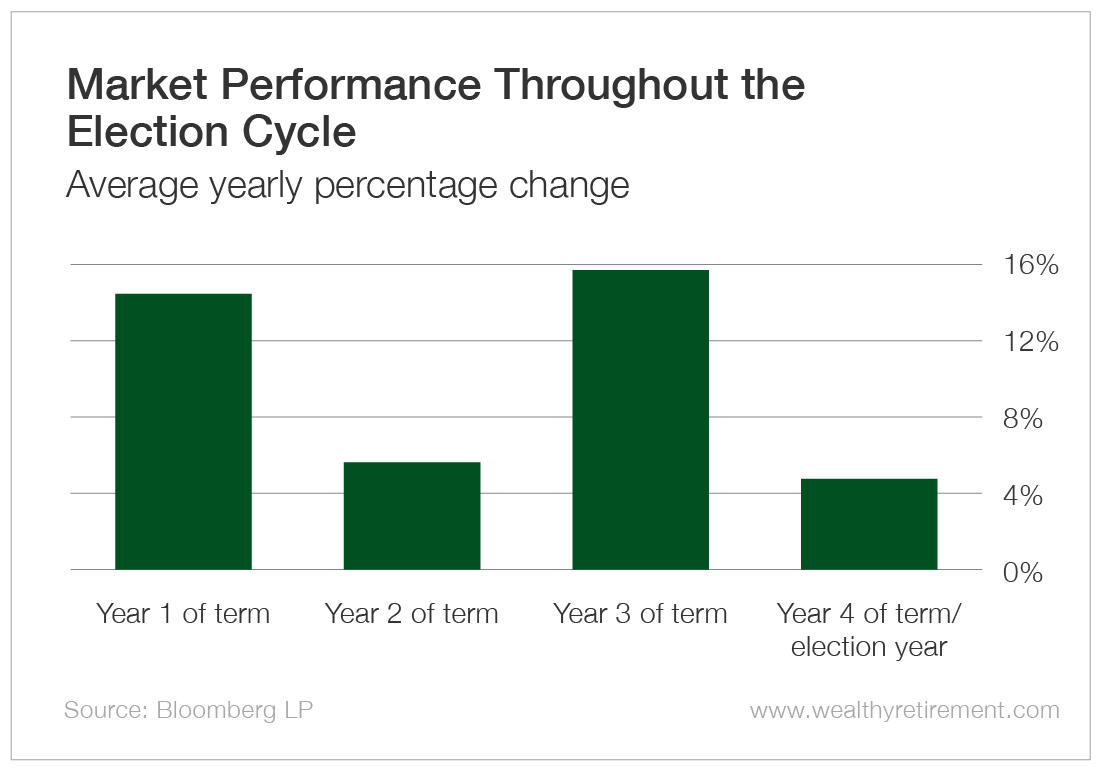 Based on proprietary research conducted by our Research Team, year four of a presidential term historically tends to be the slowest year in terms of market performance.

Yet despite 2020’s twists and turns, the market’s return year to date is a strong 8%, nearly double the average during an election year.

For example, we’ve seen beyond our fair share of election-year volatility. 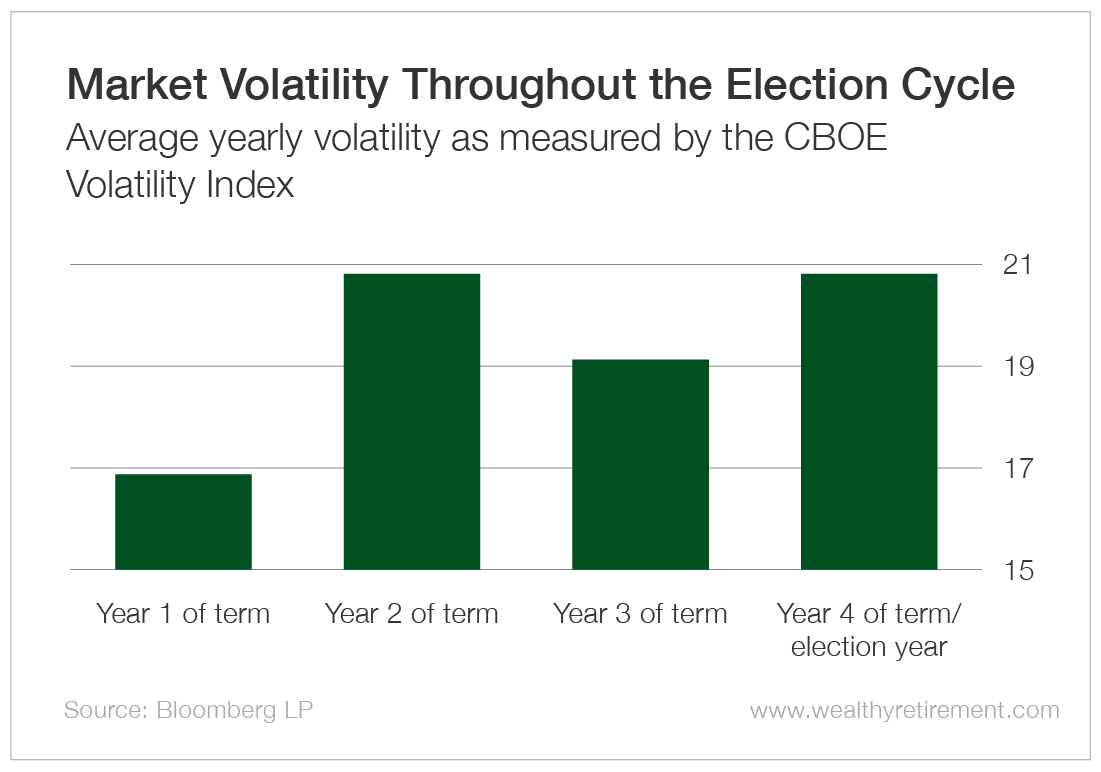 Historically, the second and fourth years of a president’s term serve up the most volatility, as measured by the CBOE Volatility Index, or VIX.

While 2020 followed this trend, it perhaps followed it a little too well. Consider this…

The average VIX reading during an election year is 20.81.

This year, the VIX topped out at 82 in March. From January through September 18, the VIX averaged out at 30.7.

That means 2020 has been 47% more volatile than the typical election year.

Compared with average market volatility over the past 35 years, 2020 looks even wilder…

Since 1992, the market has never seen volatility this high in an election year – not even during the Great Recession.

The last time we saw above-average volatility coincide with higher-than-expected returns in an election year was in 1996 when then-President Bill Clinton won his second term against Republican challenger Bob Dole.

Flash forward to 1997, and the S&P 500 returned a staggering 54%. Of course, this was followed by the 2000 dot-com crash a couple of years later, but if 1997 is any indication of what we will see in 2021, we could have a strong year ahead despite some short-term volatility.

Of course, past performance is not indicative of future results. And there’s certainly been no playbook for 2020 so far.

The market might bow to tradition in 2021 if we see a cure for COVID-19 on the horizon and market volatility settles a bit. After all, the market tends to perform significantly better in the first year of a president’s term than in the fourth year.

But with a public health crisis, conflicts of power that extend to all three branches of government, and widespread unrest, it is wise to bolster your portfolio.

This could mean allocating more funds to more conservative investments or simply sticking to your exit strategy.

But one of the strongest ways to grow your wealth is to keep an eye out for strong catalysts, like earnings, that can propel share prices higher.

And now’s just the time…

Companies have recently begun releasing their third quarter earnings results. Several have already reflected this turbulent market in missing analysts’ expectations, while a select few have delivered positive surprises – and their share prices have jumped as a result.

Before the election, watch for special catalysts like earnings, mergers and acquisitions, and clinical trial results.

When you put your faith in the right companies at the right time, you’ll profit regardless of what the market does next.