My youngest daughter will be a good investor.

That is because she’s a deep thinker. She proudly likes to say, “Daddy says I ask the best questions” – and she does.

The kid shocks me with what comes out of her mouth sometimes.

I remember one occasion when she couldn’t have been more than 3 years old. We were in the car coming back from swimming lessons at the YMCA. We were stopped at a red light, and she was staring out the window, deep in thought.

Curious as to what was going on in that little head, I asked her what she was thinking about.

She turned to me and said, “Oh, I was just wondering who the first person on Earth was…”

A bit stunned, I asked her what she thought. Without missing a beat, she immediately responded with what she had already decided was the best answer.

I told her that was as good a guess as any. In fact, it was better than most.

Always looking to feed my daughter’s inquisitive nature, last week I showed her a statistic that blew her mind: There are 1 billion trillion stars in our observable universe.

That is what is observable – and we can observe only parts of the universe within 13.7 billion light-years of Earth. Who knows how many more stars are actually out there!

In finance, it also pays to be inquisitive. And while market watchers may be more concerned with which company will be the last standing than with which walked the Earth first, it’s important to ask the tough questions…

For instance, in our “observable universe” of the S&P 500, why are the current market valuations of the five largest companies on par with the number of stars out last night?

Those are numbers that we used to associate with entire countries – not single companies.

As a group, these five now represent nearly one-quarter of the entire S&P 500. 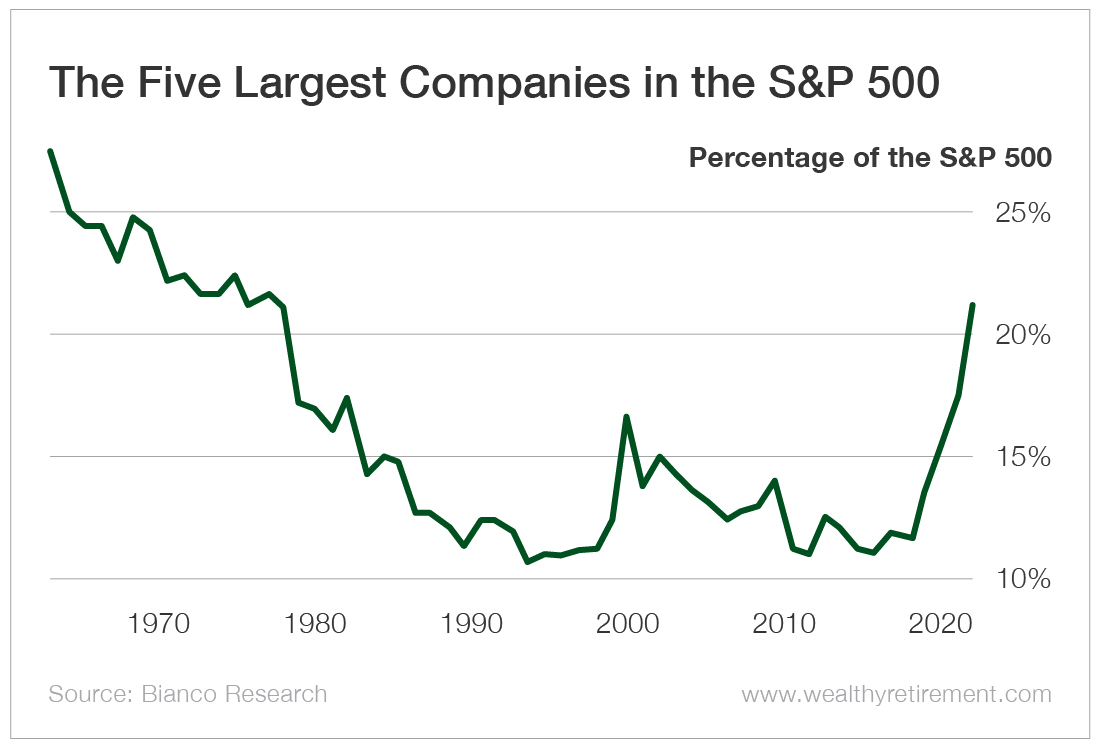 The last time the percentage of the S&P 500 was this concentrated in the five largest stocks was in 1978.

Should You Invest in Them?

If history is any guide, today’s Big Five might not be great stocks to own going forward…

After rising to represent one-quarter of the S&P 500, the 1978 Big Five went on to underperform the index by a wide margin.

General Motors went bankrupt during the 2008 to 2009 financial crisis, sending its stock to zero. 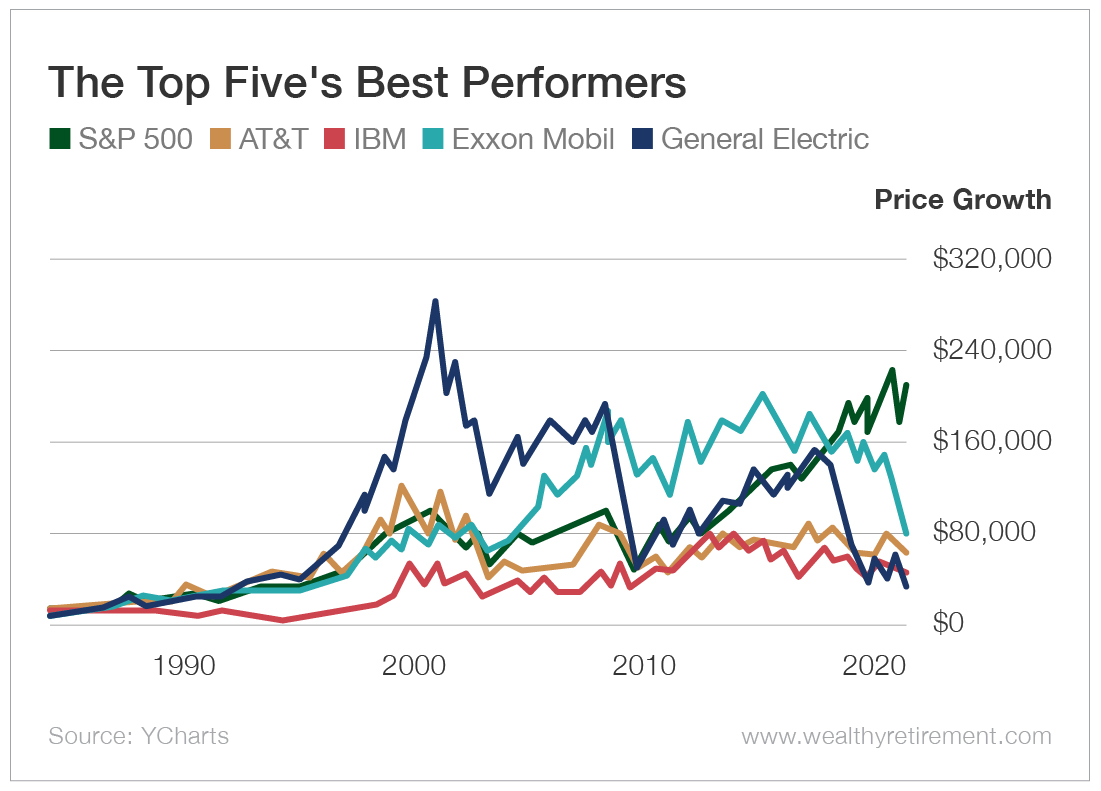 The performance of the others has been abysmal…

The average result of a $10,000 investment in those five stocks in 1978 through today is only $47,064 – just a fraction of what the overall market has produced.

It represents a terrible performance over four decades.

Will Apple, Microsoft, Amazon, Alphabet and Facebook follow a similar underperforming fate to the Big Five of 1978?

As with some of my daughter’s deep questions, that’s difficult to answer…

The Big Five of 2020 are truly great businesses. As a group, these companies have the best business models ever. They require very little capital and have strong recurring revenue streams.

But their size is working against them. When your starting point is a valuation that is more than $1 trillion, it’s hard to grow.

That is important because over time, it is growth that drives stock market returns.

If I absolutely had to bet on whether or not the Big Five of 2020 would outperform or underperform the market going forward, I would insist on knowing the time period I was expected to answer the question for.

Over the next five years, these companies could still outperform. But the further we look out in the future, the less I like their chances.

I certainly wouldn’t bet on this group outperforming over the next four decades.

In 1978, we couldn’t have predicted that this group of companies would become the Big Five of the S&P 500 because none of them even existed.

Which is what makes investing so challenging and so much fun.