In 2018, I called AGNC Investment Corp.’s (Nasdaq: AGNC) dividend safety the worst I’d ever seen. It received an “F” rating, but only because there is nothing lower than “F” in my SafetyNet Pro rating system.

I said a dividend cut seemed like a sure thing.

I was right. AGNC slashed the dividend less than a year later.

In September 2019, I revisited AGNC. In that article, I said the dividend safety rating of the mortgage real estate investment trust (REIT) was no longer the worst I’d ever seen, but also that I expected another dividend cut was coming.

The answer isn’t quite as obvious as it was a year ago. The company’s track record is horrid. Nine dividend cuts in ten years is about as bad a history as you’ll see.

On the other hand, net interest income is expected to rise above what AGNC will pay in dividends for the first time in several years.

(Net interest income is how we measure a mortgage REIT’s cash flow.) 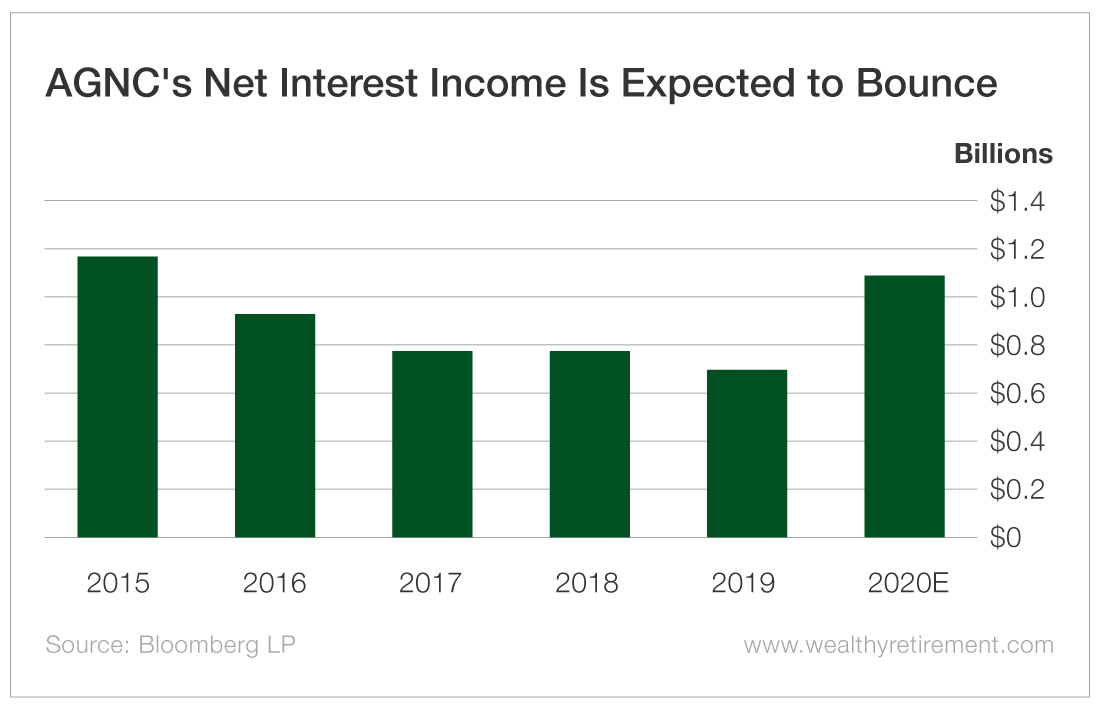 Last year, AGNC generated just $693 million in net interest income while paying out more than $1.14 billion in dividends. So you can see why that was unsustainable.

With the recent cut, the company is now forecast to shell out $895 million in dividends in 2020, which is below the $1.09 billion in net interest income that it is expected to bring in.

So for the first time in a while, AGNC can afford the dividend – if it hits its numbers this year.

AGNC still has to prove itself to me and to SafetyNet Pro. Posting more net interest income this year than it pays in dividends will be a good start.

But like a kid who gets sent to the principal’s office every week, AGNC will have a tough time repairing its reputation. It has a lot of work to do, and it will probably take a few years before it can shake that “serial dividend cutter” label.

Is a Cut on the Horizon for This...

Will History Trump Economics for This 9.8% Yielder?