Marc’s impressive track record – succeeding in hard defiance of the global shutdowns that burned many investors this spring – is proof positive of his signature strategy.

It was a strong start, but a lot of negative things have happened since early February…

A pandemic, an economic downturn, riots.

And in most cases, these events would be pretty damning for a portfolio’s performance…

Unless you’re Marc Lichtenfeld, who has continued what he started in Stock Sequence Trader.

Marc has closed out 25 winning positions in 2020 – 11 of which were triple-digit gains.

Here are some of the highlights:

So how does he do it?

Today, we’re pulling back the curtain.

According to Marc, he screens for three specific catalysts that drive up share prices when he makes a recommendation.

First, Marc looks for companies that he expects will initiate their first dividend within the next 12 months.

“When a company initiates a dividend for the first time,” Marc says, “it’s a sign to Wall Street that things are going very well. It means that cash flow is stable – most likely growing – and that management expects cash flow to continue to be strong for the coming years.

“The last thing a CEO wants to do is initiate a dividend and then have to cut it later. So a dividend initiation is a huge vote of confidence by management. In turn, that attracts investors and drives up share price.”

Second, Marc looks for companies that are potential candidates to be bought out by a larger company. On Wall Street, this once-in-a-lifetime event is called either a merger or an acquisition.

The second an acquisition is announced, the value of the company being acquired skyrockets. That’s because when a smaller company is acquired by a larger one, it receives a sudden influx of new capital, talent and distribution channels.

It suddenly has the backing of a powerhouse to propel its business to the next level.

Also, the acquiring company almost always offers a premium for the stock in order to complete the deal.

And so, the stock price rockets. 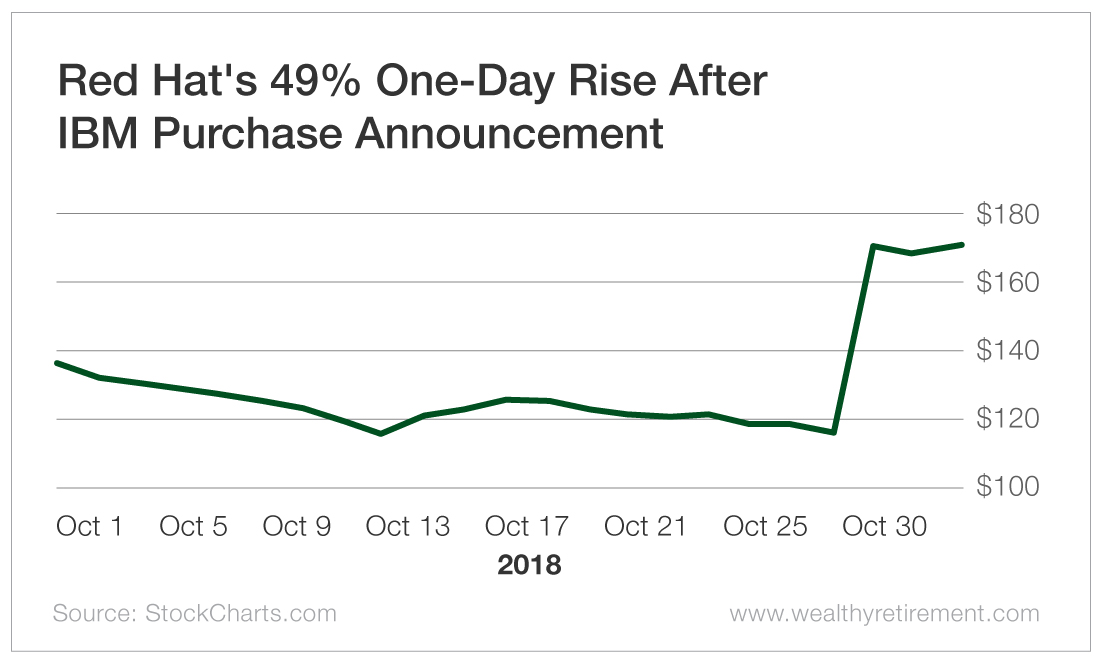 Investors who hung on until the deal was completed in July 2019 received a 63% premium to the close.

That’s where Marc’s algorithm comes in…

His unique system scans every company with a coming quarterly earnings report (well in advance of the release) and alerts him to the best of the best profit opportunities.

In total, the system cross-references more than a dozen metrics that indicate which filings are likely to create the biggest earnings beats and drive shares up.

ANGI Homeservices (Nasdaq: ANGI) is a great example of how powerful an earnings beat can be… 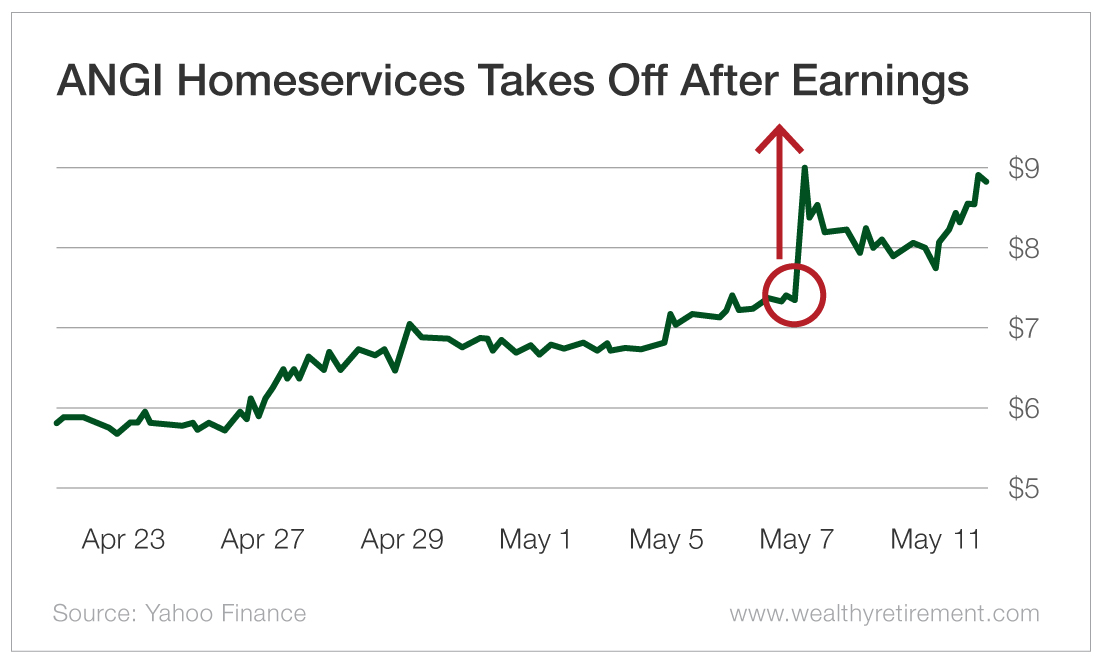 Marc recommended an option for the company on April 22. The company reported earnings on May 7, and, by May 12, subscribers who acted on his recommendation could have landed a 202.3% gain.

That means Stock Sequence Trader subscribers could have tripled their money in less than a month!

So the next time you’re looking for quick and powerful gains, look for upcoming catalysts like potential dividend initiations, mergers and acquisitions, and earnings beats.

A New Rule That Will Hurt Investors

The Truth Behind the Retirement Crisis

How to Interpret Insider Buys and Sells