DO NOT BUY SHARES OF COMPANIES THAT YOU KNOW ARE BANKRUPT!

Not to everyone, apparently.

If you haven’t been following what has been going on, let me get you up to speed.

Everyone knows the story of Robin Hood.

(How could you not? There is a new movie version of it made pretty much every decade.)

Set in England during the reign of King Richard the Lionheart, the tales of Robin Hood involve a noble thief stealing from the corrupt to give to the poor.

The company’s name comes from its mission to “provide everyone with access to the financial markets, not just the wealthy.”

The idea is to put the less wealthy small guy on a level playing field with the rich guy who has profited from the market for decades.

Robinhood Markets has brought a lot of new blood into the market. The median age of Robinhood investors is 30, and 50% of Robinhood customers classify themselves as new investors.

Getting access to the market and leveling the playing field are two very different things, however.

Many of these new investors are hardly taking from the rich.

Instead, they are more likely going to end up giving money to them.

According to the website Robintrack, which tracks trading information on Robinhood Markets, investors using the trading app have been piling money into companies that have already declared bankruptcy.

Yes, you read that right… They are buying shares of bankrupt companies.

With these already bankrupt companies (and in some cases, they’re preparing to file for bankruptcy) trading for pennies, the flood of Robinhood investors into them has sent share prices surging. 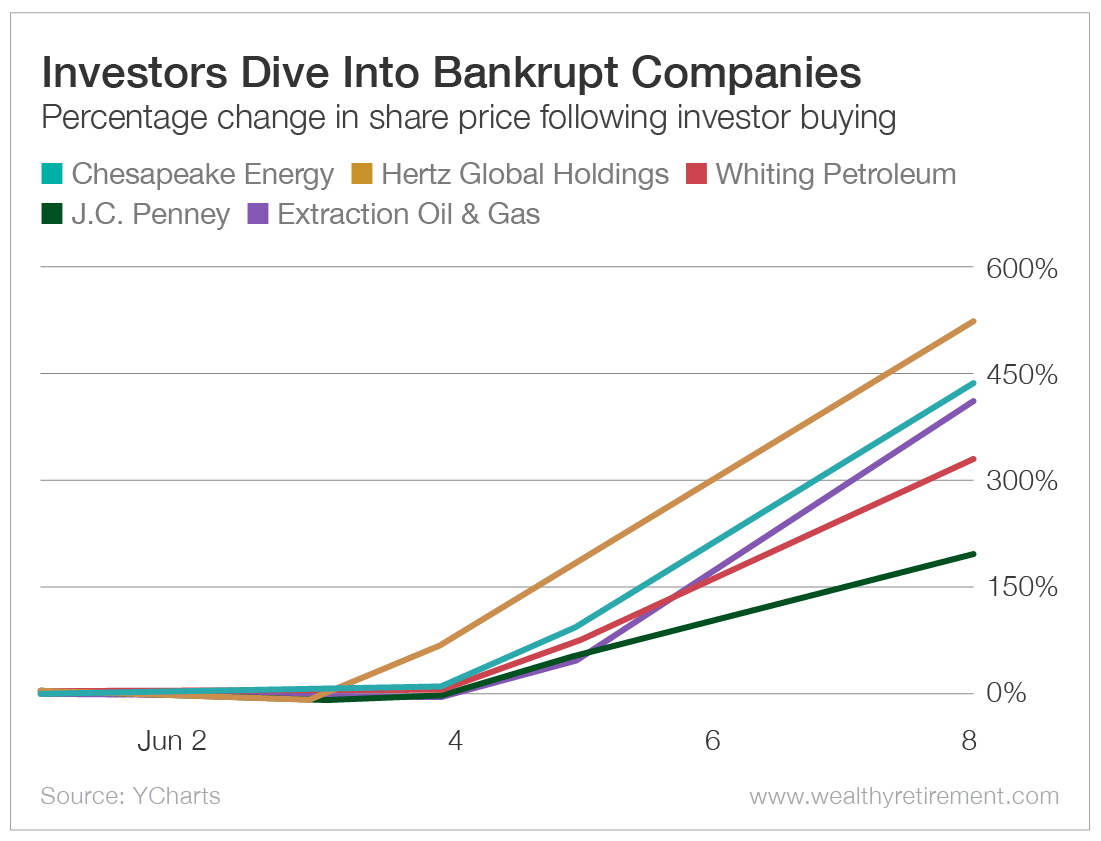 The share prices of all of these bankrupt companies doubled – or more – in one week on Robinhood traders rushing into them.

This isn’t weird. This is madness.

Despite the surge in share prices, there is no doubt that all of these stocks are going to end up being worthless.

For proof of that, all we have to do is look to the bond market, where the bonds of these companies are trading for pennies on the dollar. Bondholders get paid first. So if the bondholders aren’t going to get paid back in full, common stocks are going to zero.

This Isn’t Investing… and I Know Exactly What It Is

There is an established name for what these Robinhood traders are doing.

It is called the greater fool theory.

The greater fool theory states that it is possible to make money from buying worthless or overvalued securities as long as you can sell them at a higher price to someone else at a later date.

This suggests that someone else is being the greater fool.

But make no mistake, everyone playing that kind of game is a fool. When the music stops, everyone holding loses a lot (likely all) of their money.

Case in point: Take a look at the Robinhood traders who were holding shares of the previously mentioned bankrupt companies on June 8… 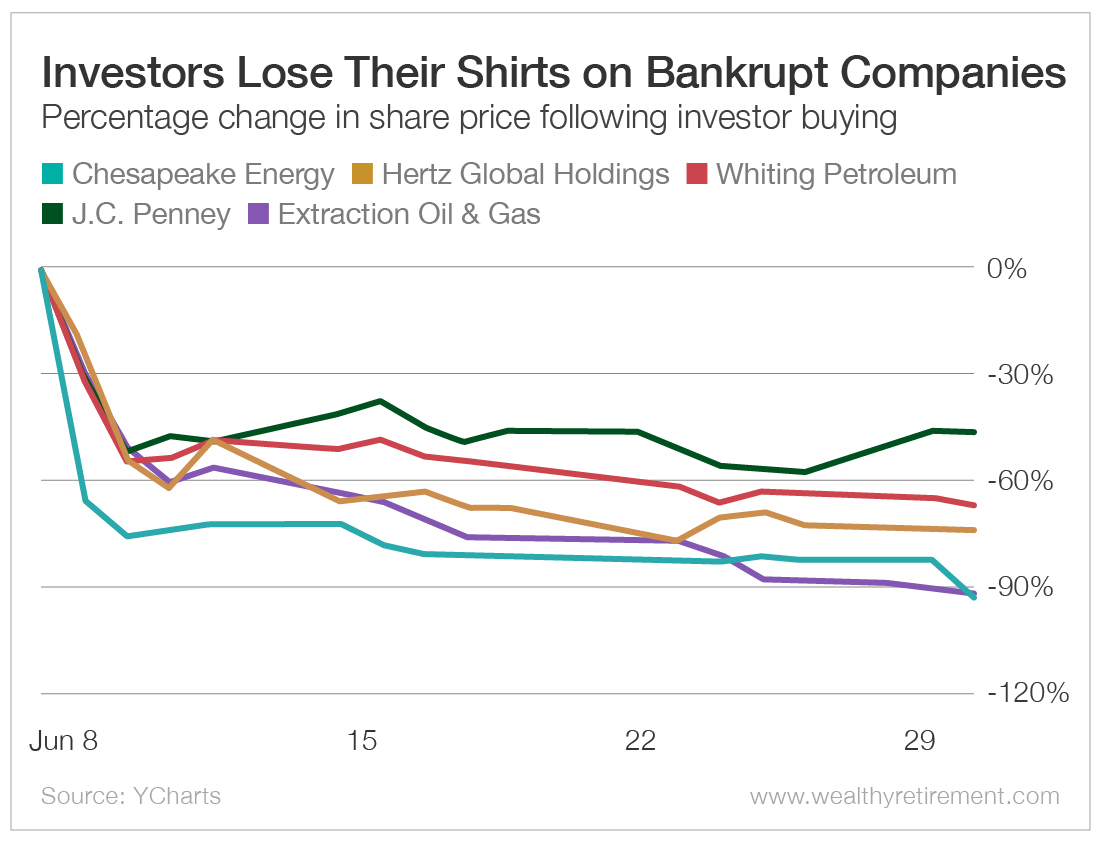 After that surge in share prices from June 1 to June 8, all of these stocks have plummeted.

And the fall in these stocks isn’t done. They will all eventually go to zero because that is what share prices of bankrupt companies do.

We have seen all kinds of bubbles and manias in certain sectors in recent decades. Internet stocks, alternative energy, bitcoin and marijuana companies are all areas that quickly come to mind.

But this bankruptcy stock bubble takes the cake because these stocks are guaranteed to end up worthless.

And a lot of Robinhood traders are going to learn a very expensive lesson.

Are These All-American Dividends Safe?