Contrarian No More: Gas and Oil Have Gone Mainstream

In November 2020, I introduced you to a “once-in-a-lifetime investment opportunity.”

There’s no disputing the fact that my call was highly contrarian.

In November 2020, nobody wanted to own oil and gas stocks.

The consensus opinion at the time was that the oil and gas sector had entered into a gradual terminal decline.

Renewables were the future. Hydrocarbons were finished.

I had a different opinion, and it was based partly on the well-articulated investment thesis laid out by investment manager and co-founder of Horizon Kinetics Murray Stahl.

Here are the main points behind his bullish call…

Long before Russia invaded Ukraine, the oil and gas sector was an investment opportunity of a lifetime. Just as well, the recent surge in oil prices from the war has supercharged my call. 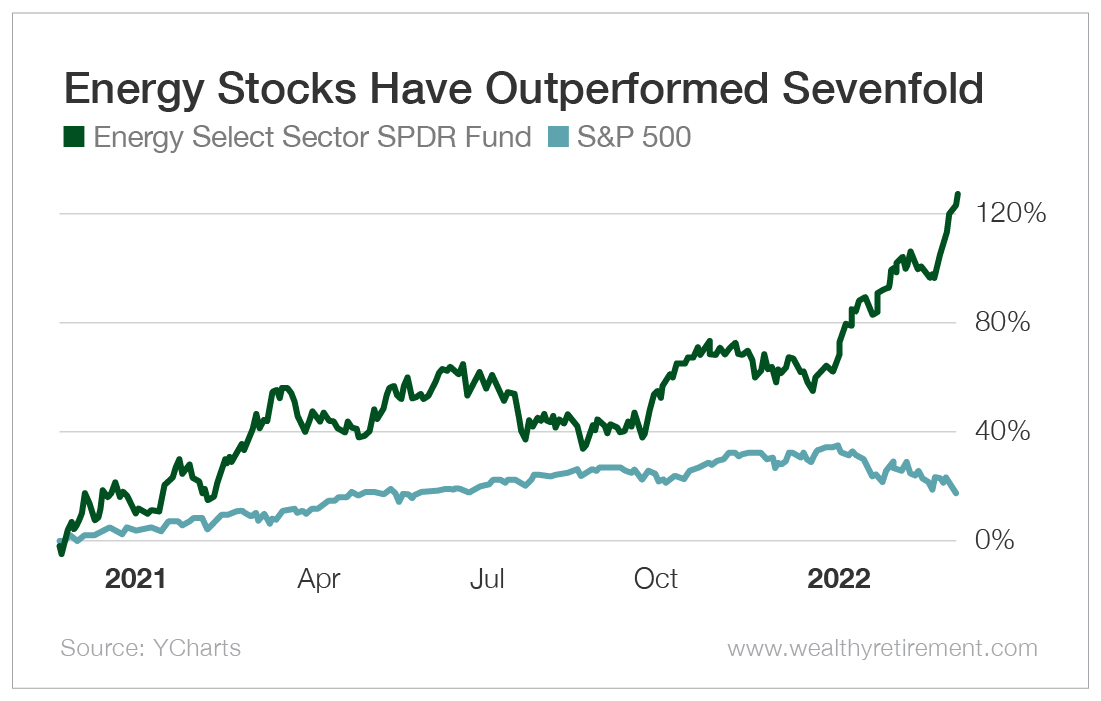 Since November 2020, the energy sector has increased more than 127% and smashed the 18% increase in the S&P 500 over the same time frame.

In November 2020, oil was at $40 per barrel and clearly wasn’t drumming up any excitement for oil and gas stocks.

But, as it always is, investing is about predicting what is going to happen, not just looking at what’s currently happening.

In November 2020, Murray Stahl gave compelling evidence for the likelihood that the price of oil was going higher.

Good investors invested before oil prices shot through the roof.

And now investors who had no time for the sector in November 2020 are suddenly in love with oil and gas stocks.

It’s no mystery why.

Everything today looks bullish for oil.

Meanwhile, Russian President Vladimir Putin is threatening that the world is going to see economies everywhere decimated by $300 per barrel oil.

Everyone knows of this breaking news.

Oil and gas stocks have already had an incredible 15-month run.

Cenovus Energy (NYSE: CVE), which I called out as being incredibly cheap in October 2021, is already up more than 50% since then in what is now a down market. 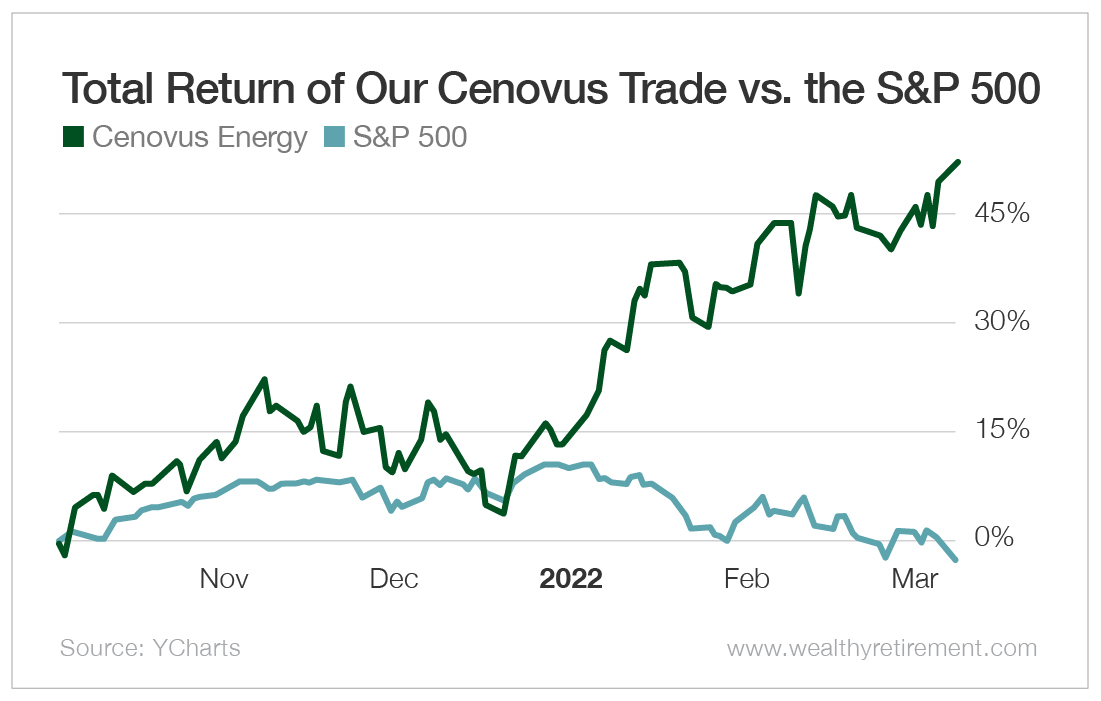 This sector has been a phenomenal trade.

And again, our big win on Cenovus and the oil and gas sector was because we were buying in advance of oil prices rising.

The point that I’m getting at here is that oil and gas is now the opposite of a contrarian opportunity.

Everyone and their mother want to get exposure to oil and gas now that commodity prices are high and threatening to go higher.

Investors jumping on the oil bandwagon in the summer of 2008 bought at the worst possible moment. By February 2009, oil had dived to $39.

I’m not making a claim as to whether oil prices are going to stay high for a while or rise higher.

What happens in Ukraine is going to be the primary determinant of that.

Getting aggressive with exposure to the oil and gas sector AFTER oil prices have already spiked has not historically been a winning strategy.

The Perfect Investment for These Uncertain Times