When it comes to the pandemic, one group of front-line workers who don’t get enough credit is the men and women who work on cargo ships, docks, trucks and trains, making sure goods are transported around the world.

But investors have certainly given credit to Triton International (NYSE: TRTN), whose stock has more than doubled from the March lows.

Triton is the largest lessor of intermodal containers, which are used to transport cargo by various transportation methods.

The Bermuda-based company pays an attractive 4.6% yield that is usually a tax-deferred return of capital, making it even more appealing.

Can shareholders expect to continue to receive their $0.57 per share dividend?

Historically, the company has had negative free cash flow. In 2019, that changed in a big way when it brought in $821 million in free cash flow. But 2020’s figure is forecast to be negative again, as capital expenditures are expected to have risen considerably.

If a company isn’t generating cash, it must borrow money or pay from cash on hand to pay the dividend. As of the third quarter, Triton had $173 million in cash, just enough to pay for a full year’s dividend.

That’s not a great situation. 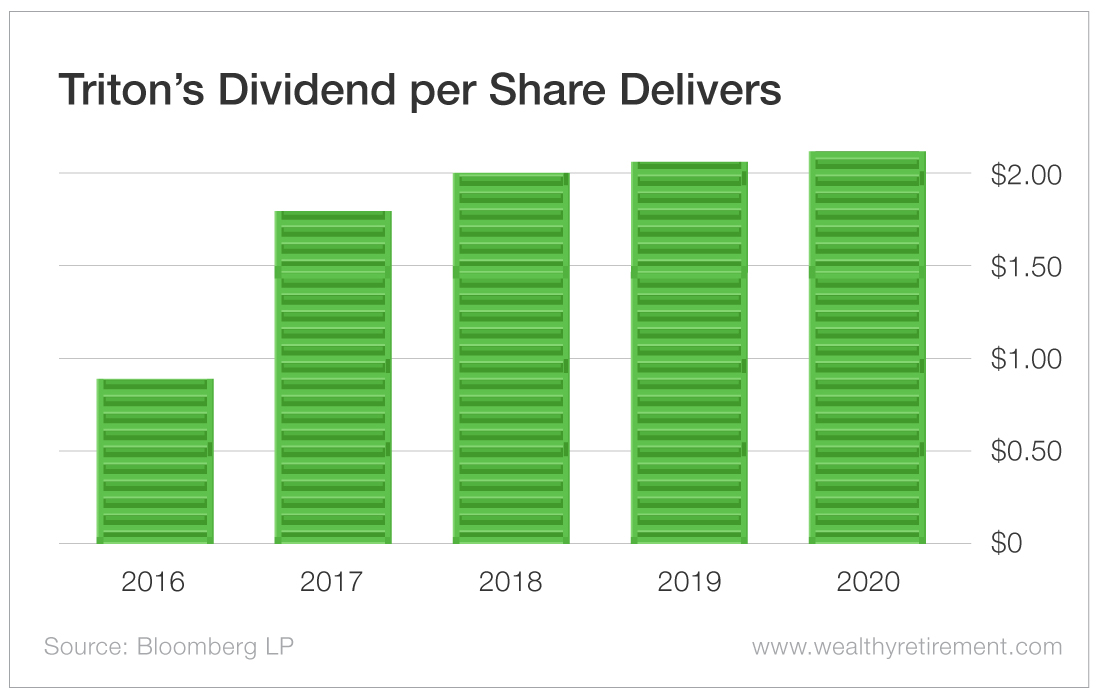 A return of capital is different from a regular dividend. It is not taxed in the year it is received. Instead, it lowers the investor’s cost basis. When they eventually sell the stock, they will have a larger capital gain. But while they are receiving the dividend, they’ll pay no tax.

So we have an interesting situation. Technically, the company cannot afford its dividend. Yet that has been the case for several years now, and Triton has not only paid the dividend but also raised it.

You can’t consider the dividend safe. But based on Triton’s history, you also can’t say a cut is a slam dunk.

Should Triton return to positive free cash flow, the dividend will be rock-solid. Until then, there is a risk of a reduction.

If you’re on the Wealthy Retirement homepage, you can click on the magnifying glass on the upper right part of the page and type in the company name.

Why I Still Want to Own Shares of Berkshire Hathaway

Stuff Your Stocking With This 3.34%-Yielding REIT

Will This 9% Yielder Continue to Pay Its...