Will This 27% Yield Last? It Depends on Who You Listen To

Washington Prime Group (NYSE: WPG) has an incredibly high 27% dividend yield. That’s because the stock sports a $0.25 per share quarterly dividend but just a $3.70 share price.

That’s an awfully high yield to continue to pay out. Can Washington Prime do it?

I covered this owner and operator of shopping malls in April. At the time, the stock received a “D” rating for dividend safety. However, looks can be deceiving.

At the time, the issue was that analysts expected funds from operations (FFO), which is a measure of cash flow for real estate investment trusts (REITs), to fall.

FFO not only was forecast to drop, but also was expected to be lower than the amount the company would pay in dividends.

However, management disagreed with the analysts’ estimates and said FFO would cover the dividend.

As it turns out, management was right.

When it reports for 2019, the company will likely have generated more than $255 million in FFO – far more than the $224 million analysts projected back in April.

Washington Prime Group paid out about $187 million in dividends in 2019, with the same figure projected in 2020.

Today, we’re up against the same problem as last time. Do we believe the analysts or management?

To be honest, I don’t trust either. 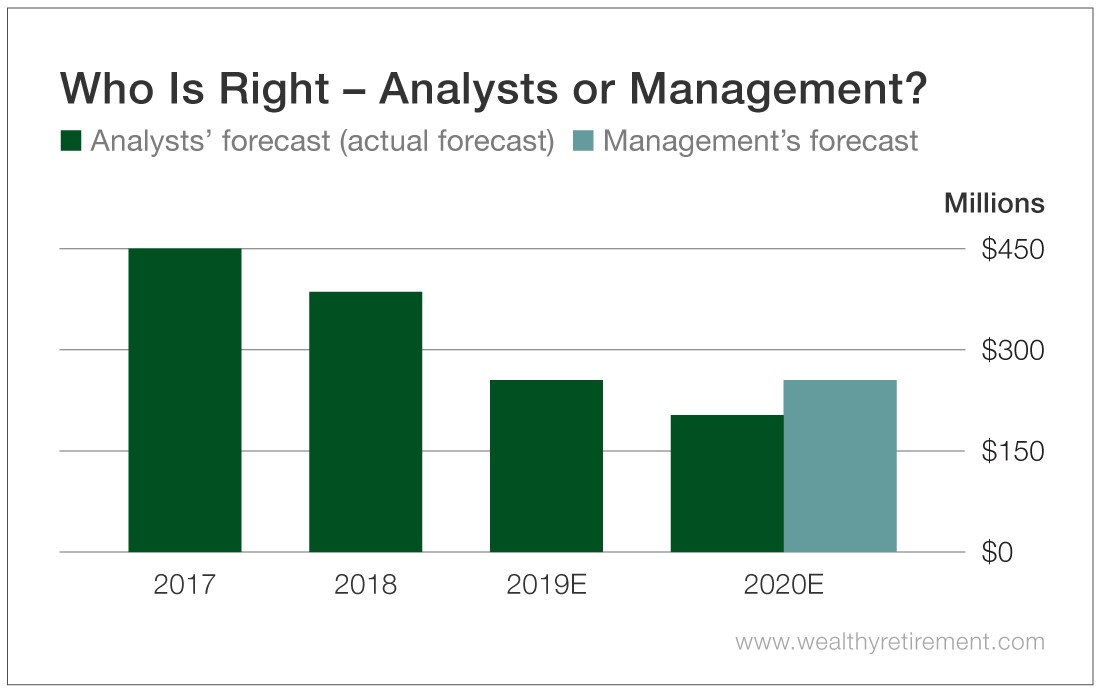 In 2020, analysts expect Washington Prime Group to generate $205 million in FFO – far less than last year. However, on the third quarter conference call, management implied FFO would grow in the coming year.

It’s not very common that management and analysts are so far apart in their forecasts.

And in 2019, management was right and analysts were wrong.

The good news is that even if the analysts’ expectations of lower FFO are right, that figure still covers the dividend. But keep in mind, SafetyNet Pro uses analysts’ predictions as part of its model.

This puts us in the same predicament as last year. Using the analysts’ estimates of lower FFO (and taking into account that FFO has declined over the past few years), the dividend would not be considered safe.

If management is right and FFO grows, the dividend should be safe.

The way the SafetyNet Pro model is designed, Washington Prime Group gets a low mark for dividend safety. If the analysts are right, a dividend cut wouldn’t be surprising.

But keep an eye on the company’s financials as they get released each quarter. If FFO is tracking higher than Wall Street expects, that rating may be too low.

Will This 8% Yield Stay Safe?