Benjamin Graham, known as the father of value investing, lost a bundle in the stock market crash of 1929. To prevent a repeat episode, he made it a personal rule to buy only stocks that were dirt cheap relative to their fundamentals.

He focused on companies trading at low valuations relative to their net asset value, earnings and cash flow. Graham didn’t try to buy great companies – he tried to buy stocks valued so cheaply that they couldn’t go any lower.

Philip Fisher, meanwhile, had a very different approach. In his 1950s classic, Common Stocks and Uncommon Profits, he laid the foundation for growth stock investing.

Fisher believed that the key to stock market success was finding great companies that could drive earnings growth for decades to come. He wanted one-decision stocks where you could buy and then hold forever.

There aren’t that many truly great companies, so Fisher’s opportunity set was smaller. But since he seldom had to sell, managing his portfolio was easier.

Like Graham, Fisher made out very well with his approach.

Which Is Better: Value or Growth?

It took a while even for Warren Buffett to decide whether he was a value or growth man.

In his early days as an investor, Buffett’s hero was Benjamin Graham. Buffett thought so much of Graham that he once offered to go work for Graham’s investment firm for free!

Buffett rang up astounding returns using a Graham-style approach while managing his investment fund in the 1950s.

As he progressed through his career, though, Buffett moved more toward a Philip Fisher style of investing.

You can see that with some of his most well-known investments, like Coca-Cola (NYSE: KO), American Express (NYSE: AXP) and, more recently, Apple (Nasdaq: AAPL).

Buffett bought those stocks and held on for the long term.

Famously, Buffett described his investment approach as being 15% Phil Fisher and 85% Ben Graham.

He is both. As we all should be.

Whether you should focus on value or growth depends on the opportunities that the market presents at any given time.

Over the past decade, stocks have had an incredible run. We can see that in the share prices of big tech companies like Apple, Netflix (Nasdaq: NFLX), Facebook (Nasdaq: FB) and Amazon (Nasdaq: AMZN).

As the stock prices of these companies have soared, so have their valuations.

I’ve been using the chart below a lot. It shows Apple’s valuation relative to its earnings. 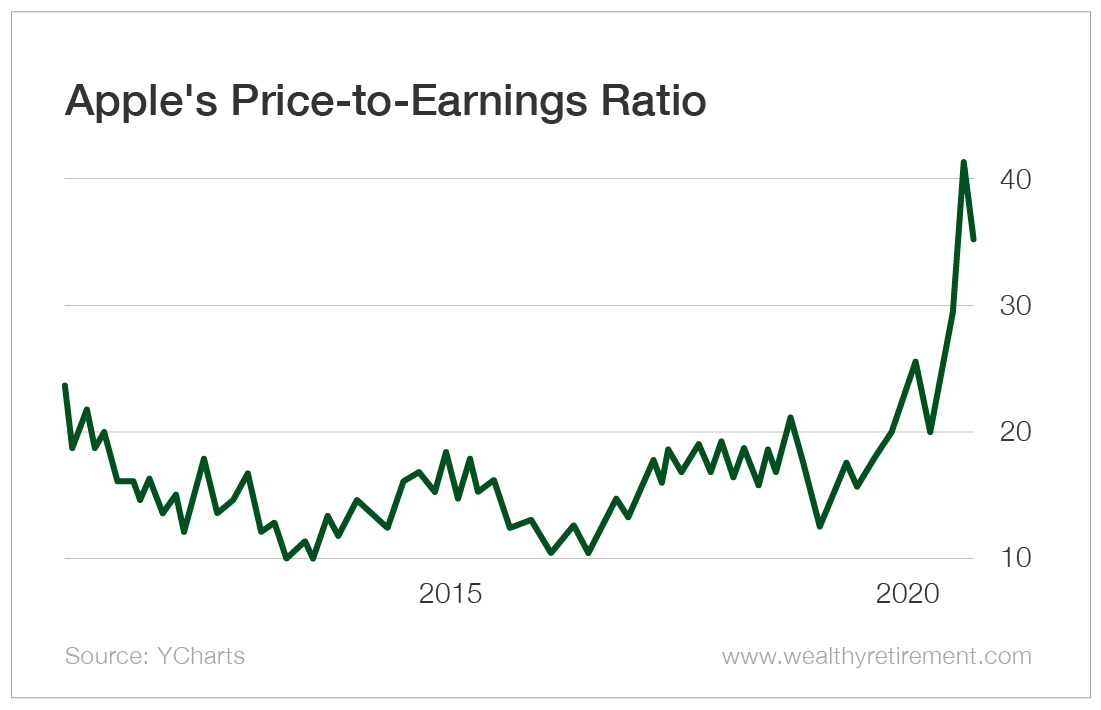 Today, Apple trades at twice the price-to-earnings (P/E) multiple that it has averaged for the past decade.

As I said earlier this week, I don’t believe we will see that multiple go much higher, but it sure can easily be cut in half.

The charts of the P/E ratios of most of the popular growth stocks today would look similar to Apple’s chart. These great companies have simply gotten too expensive.

Meanwhile, value stocks have had one of their worst runs relative to growth stocks in history. 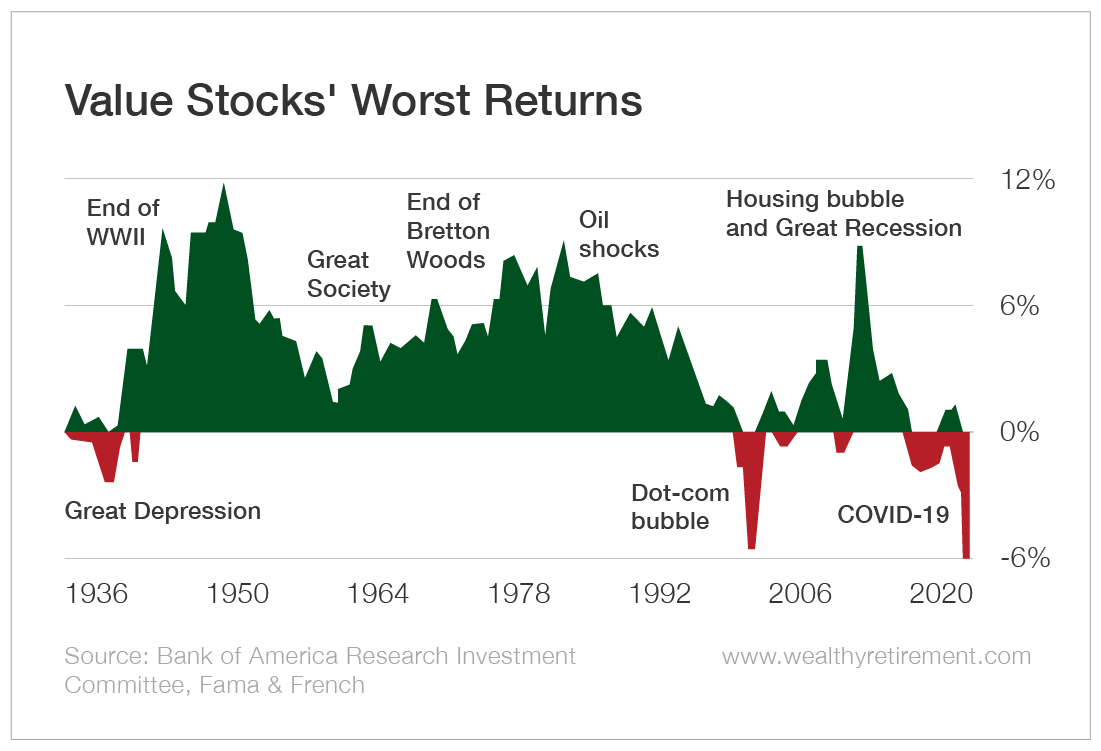 The last time value underperformed like this was in the late 1990s when tech mania was in full swing.

Not surprisingly, that immediately preceded a period when value stocks went on an incredible run of outperformance.

I believe we are in a very similar position today to the one we were in in 1999.

These growth stocks’ terrific run is nearing its end. Meanwhile, the opportunity in value stocks has seldom been better.

It is time for us to put down our Phil Fisher growth pencils and sharpen our Ben Graham value ones.

So when you next hear from me, I’ll give you what I think is the best Ben Graham value investment in the market today.

Exactly When to Sell Your Stocks