Don’t shoot the messenger – but it’s getting harder by the day to not be concerned about a significant near-term market correction.

There are many warning signs telling me that now is not the time to be an aggressive buyer of equities.

This one blew me away.

According to data from Bank of America, equity funds have attracted more money in the past five months than they have over the past 12 years.

Bank of America notes that $569 billion of cash has been invested into global equity funds since the start of November last year.

That is more than the $452 billion placed in equity funds over the entire 12 years dating back to the start of the longest bull market in history. 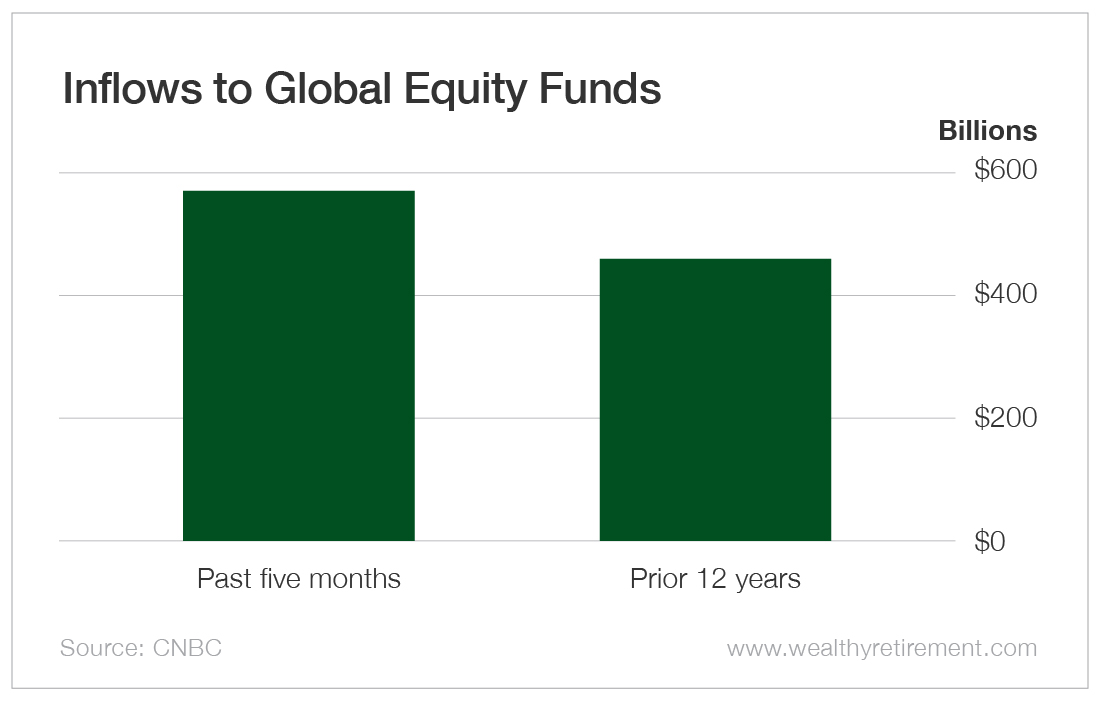 This is a clear indicator that investors are excited – even frantic – to put money to work in the market.

History would tell us many times over that this sort of desperate hunger to buy stocks is not a bullish indicator.

In fact, it is generally a signal that a market top is near and a significant correction is likely…

Warning Sign No. 2: The Market Looks Expensive by Virtually Any Measure

I could show you 15 different valuation metrics that tell you the stock market is as expensive as it has ever been.

Take, for example, the “Buffett Indicator,” which, in 2001, Warren Buffett described as the best single measure of where valuations stand at any given moment.

This metric compares the total valuation of a stock market with the size of the underlying economy.

The higher the ratio, the more expensive the market.

Here is where we are today… 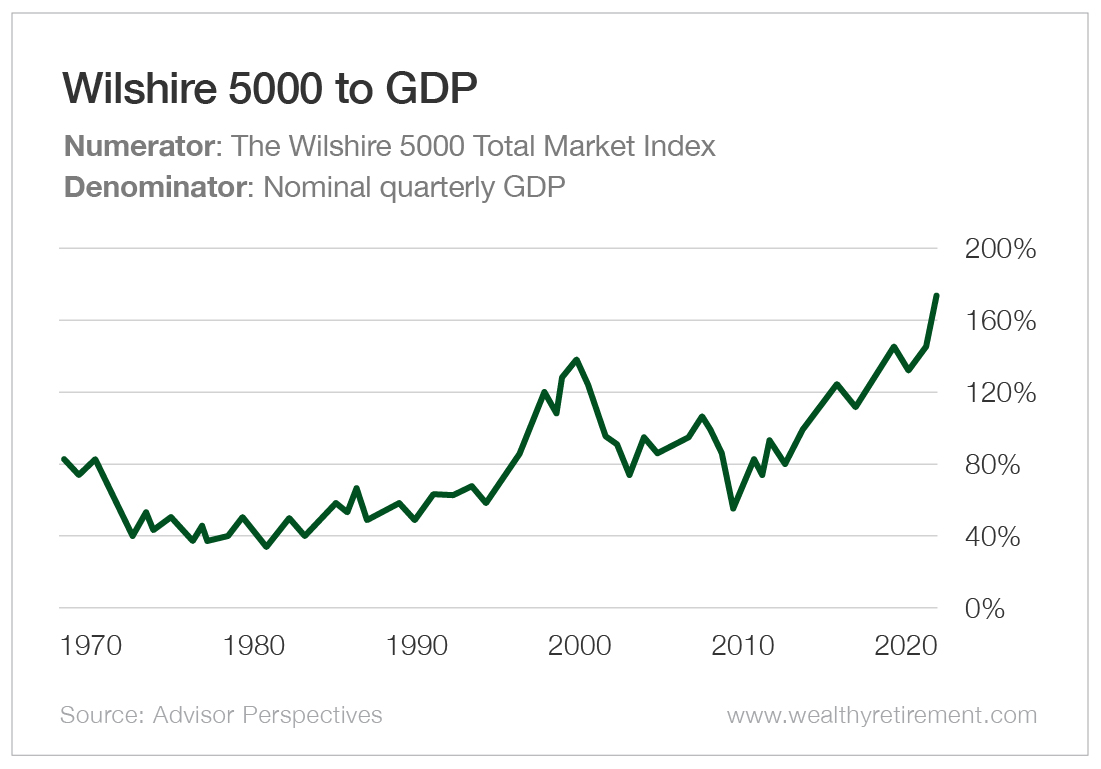 As you can see in the chart above, the Buffett Indicator is now higher than it has been at any point in the past 50 years – and not by a small margin.

Warning Sign No. 3: An ETF Literally Named “Fear of Missing Out”

There are also plenty of nonnumeric indicators that have me concerned about a significant market correction.

Take, for example, an exchange-traded fund (ETF) that was just registered using the moniker FOMO (“fear of missing out”).

The plan for the ETF is to own everything that is hot.

That would include special purpose acquisition companies (SPACs), Reddit stocks, space exploration stocks and seemingly every other type of overvalued area that I have been warning about in recent months.

I like putting money to work when there is fear, but the kind of fear I’m looking for isn’t when people are afraid to not be in the market.

The fear I’m looking for is like what we had last spring when everyone was afraid to be in the market.

And that tells me it is time for me to be fearful.

To be clear, though, just because the market is expensive doesn’t mean that investors need to sell their stocks.

Even if a significant correction comes, it will just be a blip in the stock market’s long-term journey higher.

What a significant correction would be, though, is a great opportunity to be more aggressive in putting new money to work…