When my first daughter was a baby, I developed a special relationship with our local video rental store… or rather, its parking lot.

Our first daughter was born in Bermuda in February 2008, and she was a terrible sleeper. Whether it was bedtime or naptime, she fought falling asleep like her life depended on it.

Fortunately for me, that bumpy video rental store parking lot was my secret weapon.

It was located five minutes from us by foot and faced the sun for most of the day, so I could plop my daughter in her stroller and put her to sleep by walking back and forth across the parking lot.

Between the bright spring sunshine in her eyes and the soothing repetitiveness of the bumps, the stroller ride put her to sleep every time.

Back in 2008 when I frequented that parking lot, business for my favorite Bermuda video rental store was booming.

As you would expect, when my family last visited Bermuda in 2019, that store was long gone.

And after more than a century of dominance, Big Oil is now facing a similar challenge. The world is committed to moving away from fossil fuels.

But it is coming.

Even the oil industry openly admits it, and major companies in the sector have developed business plans to transition away from fossil fuels.

To do that, Big Oil will need to take the cash flows that are being generated from oil and gas production and invest them in nonfossil fuel businesses.

One area that Exxon Mobil (NYSE: XOM) sees as a big part of its future is carbon capture and storage (CCS).

CCS is the process of capturing carbon dioxide that would otherwise be released into the atmosphere from industrial activity and then permanently storing it safely in deep underground geologic formations.

The United Nations Intergovernmental Panel on Climate Change and the International Energy Agency agree that CCS will be key to achieving the world’s climate goals.

CCS will allow sectors like chemicals, steel and cement to decarbonize – as they will eventually be required to do.

Exxon Mobil sees the CCS opportunity growing at an annualized rate of 35% from now through 2040, at which point it will be a $2 trillion market. 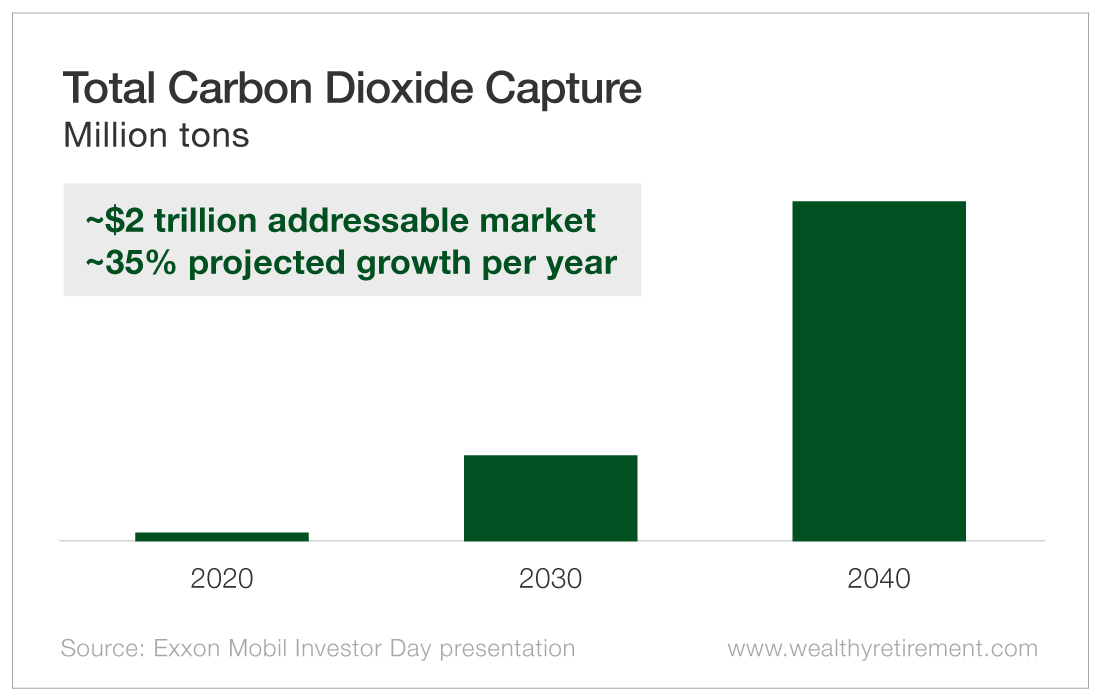 As an investor, when I see a market that is projected to grow at an annualized rate of 35% for many years, I become extremely interested.

For perspective, consider that since 2000 the rate of annualized growth for e-commerce has been roughly 20% most of the time. 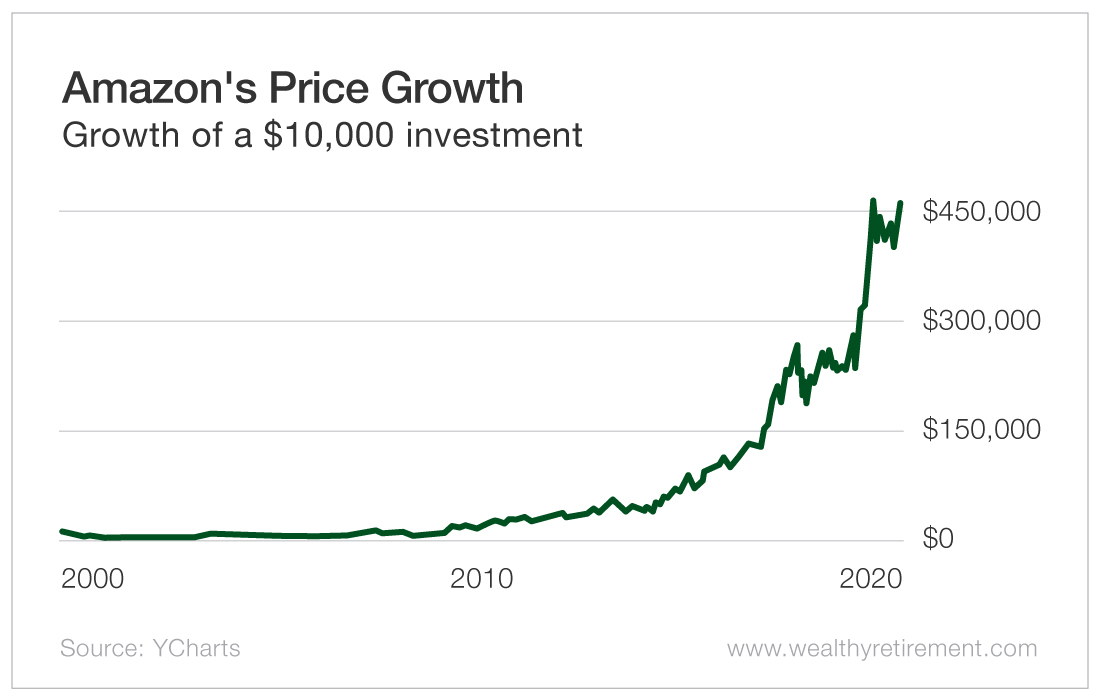 Across the globe, the “green revolution” is gaining steam.

Governments are committed, car manufacturers are on board, and even Big Oil has embraced the reality.

This megatrend will provide some incredible investing opportunities.