When do the views of a 98-year-old man make headlines in the mainstream financial media?

When that 98-year-old is Charlie Munger.

Munger is colorful, brutally honest and brilliant. Last week, Munger issued a warning on something that we have been banging the drum on here in Wealthy Retirement for more than a year…

In fact, he went so far as to say that the current inflation situation is the single biggest long-range risk to the United States next to nuclear war…

I’m sure at this point you’re well aware inflation is running red-hot.

You feel it every time you pull out your wallet.

The 7.5% annual rise in the consumer price index (CPI) posted in January was the highest we have seen in 40 years. 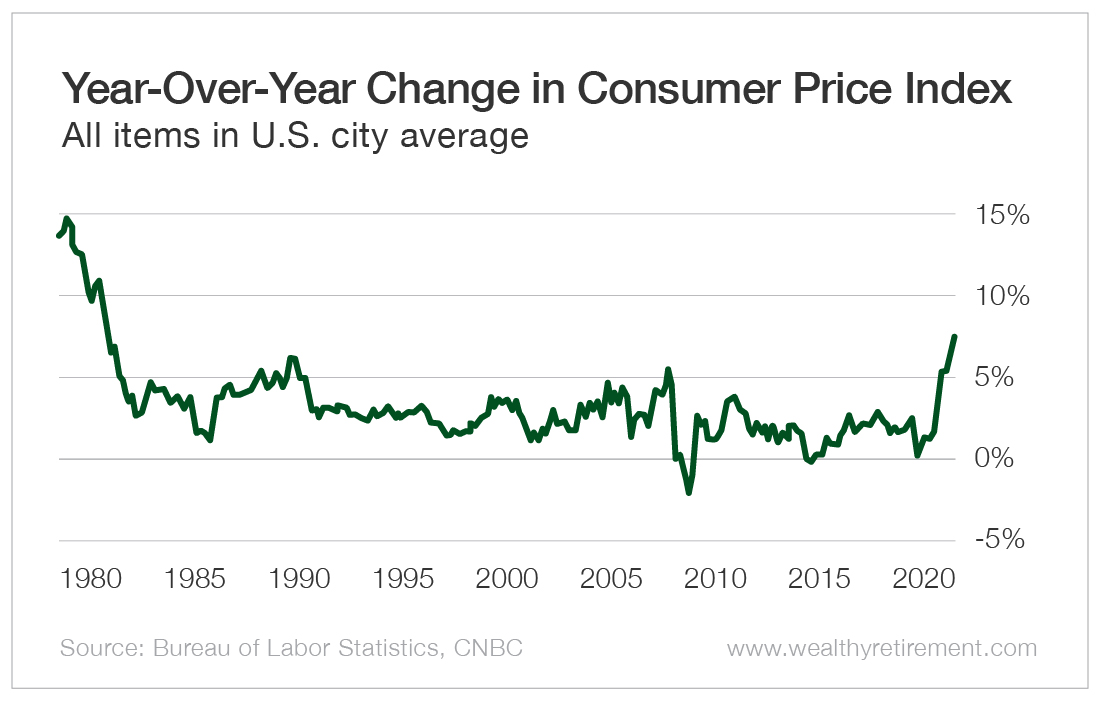 The 7.5% increase is concerning enough as is, but it understates the true level of inflation.

This is because the CPI is lagging behind rising housing and rent costs.

This is a subject that I started writing about in July 2021.

Let me touch again on how it works…

In the CPI, the cost of shelter is represented by the owners’ equivalent rent (OER) metric. OER estimates the proceeds American homeowners could collect from renting their properties.

The CPI doesn’t factor in actual housing prices because buying a house is considered an investment. Renting, meanwhile, is considered consumption and, therefore, is relevant to the CPI.

Either way, the cost of a house eventually is reflected by what it can be rented for. If home prices go up, so will rents.

Another 7.6% of the CPI is tied to the actual rental rates on primary residences.

This means 31.3%, or nearly one-third, of the CPI reading is tied to both actual and estimated rental rates.

As it should be. The cost of shelter is the largest driver of our main inflation reading.

In January 2022, the OER and rent increase portion of the CPI came in at only 4.4%, which helped suppress the overall increase in the CPI to just 7.5%.

But a 4.4% annual increase isn’t what’s actually happening to rent and housing prices in this country.

Apartment List’s national rent index increased by 18%, and the median housing price is up by 19% over the past 12 months. 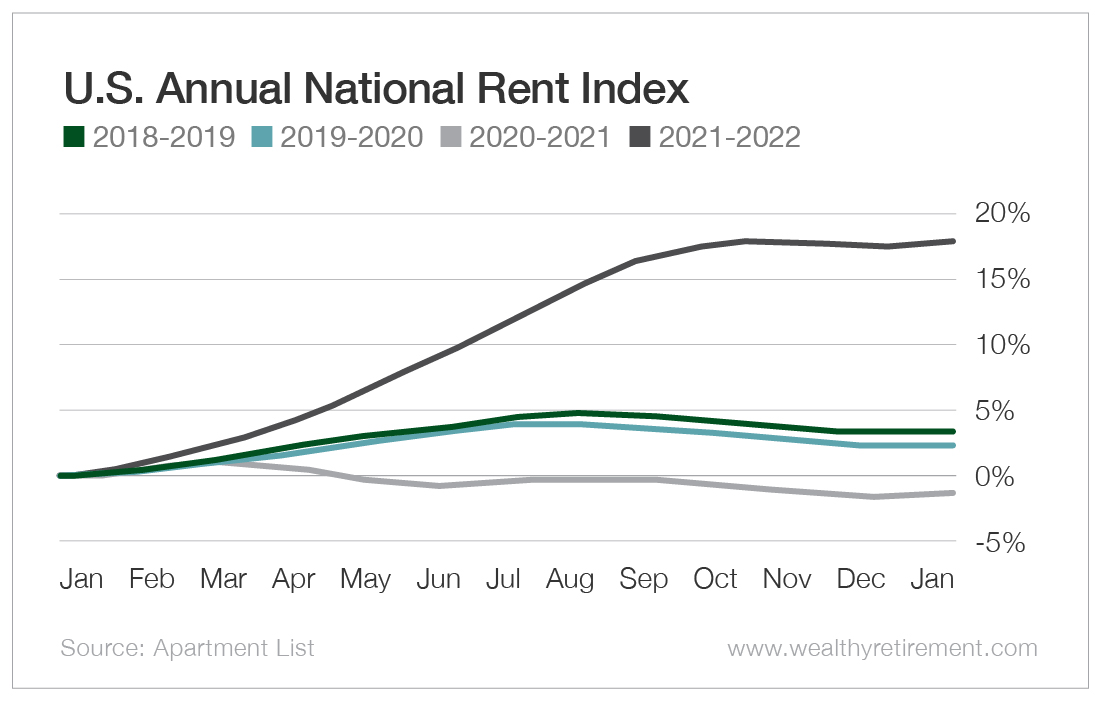 So while the CPI calculation is using 4.4% as the rate of increase in shelter costs, the real number is more than four times that amount.

Again, this discrepancy between the lower CPI calculation and the soaring rise in actual rents is due to a normal lag in the CPI’s calculation.

Leases are typically set for a year, and the CPI picks up the rental amount from the inception of a lease.

Therefore, the increase in rents isn’t picked up until each lease renews.

History has shown us that an increase in home prices and rents typically leads the CPI shelter cost measure by five quarters.

So the almost 20% increase in shelter costs that happened in 2021 is going to show up through 2022 in the CPI calculation.

Given that shelter is by far the biggest component of the CPI, we are in for more big inflation numbers in the months ahead.

You’ve been reading about Marc’s concerns and mine about inflation here at Wealthy Retirement since the start of 2021.

We aren’t getting any less concerned. Neither is Charlie Munger…