Since the market crashed in March, I’ve been telling you that American banks are one of the greatest value opportunities in the market today.

On every valuation metric, the banks are historically cheap. And yet, by all accounts, the banks went into the pandemic with the strongest balance sheets they have ever had.

The only caveat in my bank value story is that an investment in the banks will require some patience. Value investing almost always does.

I have repeatedly cautioned that I do not expect share prices of banks to turn higher until we start seeing some improvement in their earnings.

It has now been a full six months since I started pounding the table on banks, and I believe that this week could be the inflection point where our patience finally starts to be rewarded.

I’m not suggesting that we are going to see great bank earnings.

Instead, I’m suggesting that this will be the first quarter that bank earnings start getting better – which is all we need.

As you would expect, bank earnings from the first and second quarter this year were terrible.

With so many people out of work and so many businesses struggling, the banks have had to make massive loss provisions for future bad loans.

In the first quarter of 2020, the six largest banks in the United States reported massive combined loan-loss reserves of $24.8 billion. For the second quarter, the number was even larger at $34.6 billion. 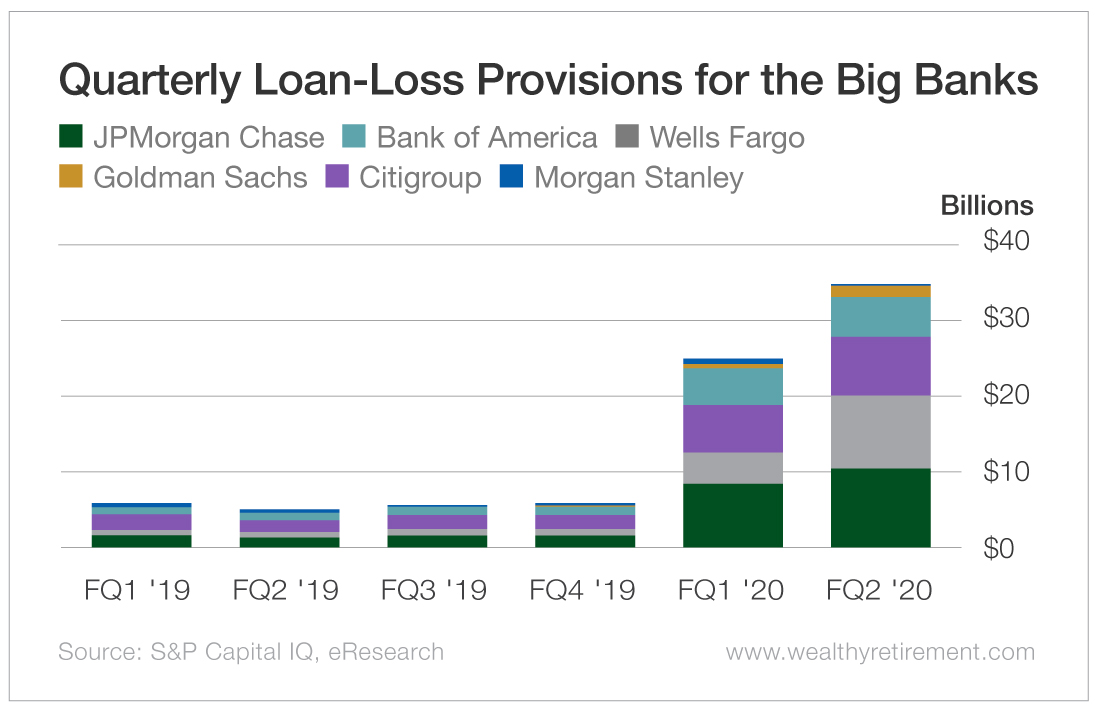 After the first six months of this year, they had already hit $60 billion.

That isn’t good. However, it hasn’t even dented the banks’ balance sheets.

Capital positions are still incredibly strong, and I believe that the worst of the reserve-taking took place in the second quarter.

This is a cyclical business, and every time we have a recession, bank earnings temporarily take a hit. Unlike in the recession of 2008 and 2009, this time bank balance sheets are more than up for the challenge.

Banks’ long-term value hasn’t changed as a result of the big loss provisions of 2020. They are just having one bad year of earnings.

The big banks started reporting third quarter earnings this week. I don’t expect terrific numbers from all of them because the pandemic is still in full swing.

However, if more banks release numbers that beat expectations and show loan-loss provisions trending lower (as I expect), I believe that will be a positive catalyst for the entire sector.

The upside here is significant. Wells Fargo, for example, trades at half the valuation relative to book value that it traded at in the years leading up to the COVID-19 outbreak. 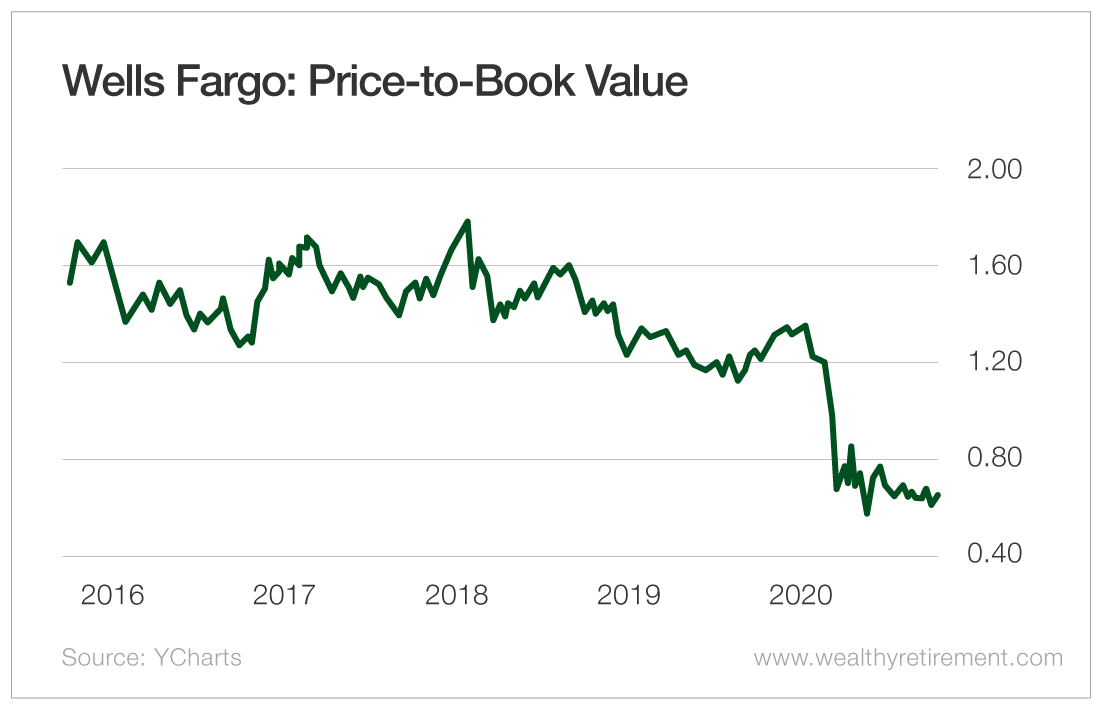 The other banks all also trade at sizable discounts to how they are normally valued.

Soon, I think the majority of these stocks could finally start catching a bid.

I’ll be watching closely and will report back on what I see. I’m hopeful that this week will be the start of a nice long run of outperformance for the entire banking sector.

Can This Mall Owner Maintain Its 7.7% Yield?