I don’t mean to frighten you, but at least one Wall Street bank believes that we’re looking at the possibility of oil reaching $380 per barrel.

President Biden recently proposed to the G7 leaders that they should place a price cap on Russian oil to cut Russia’s oil revenue stream and reduce the country’s ability to fund its invasion of Ukraine.

But this move could backfire.

Russian President Vladimir Putin could retaliate by cutting off Russian oil exports to much of the global market.

Russia is currently one of the largest exporters of oil in the world.

So if you take any significant percentage of Russian oil out of the global market, oil prices will skyrocket.

There’s no replacement for Russian oil.

OPEC doesn’t have the spare production capacity. Neither does anyone else.

Those prices would cripple economies and stock markets across the planet.

But Could Russia Really Cut Its Oil Stream?

There are at least three reasons Putin could cut oil supplies.

In June 2022, natural gas flows from Russia to the rest of Europe were cut by almost two-thirds! 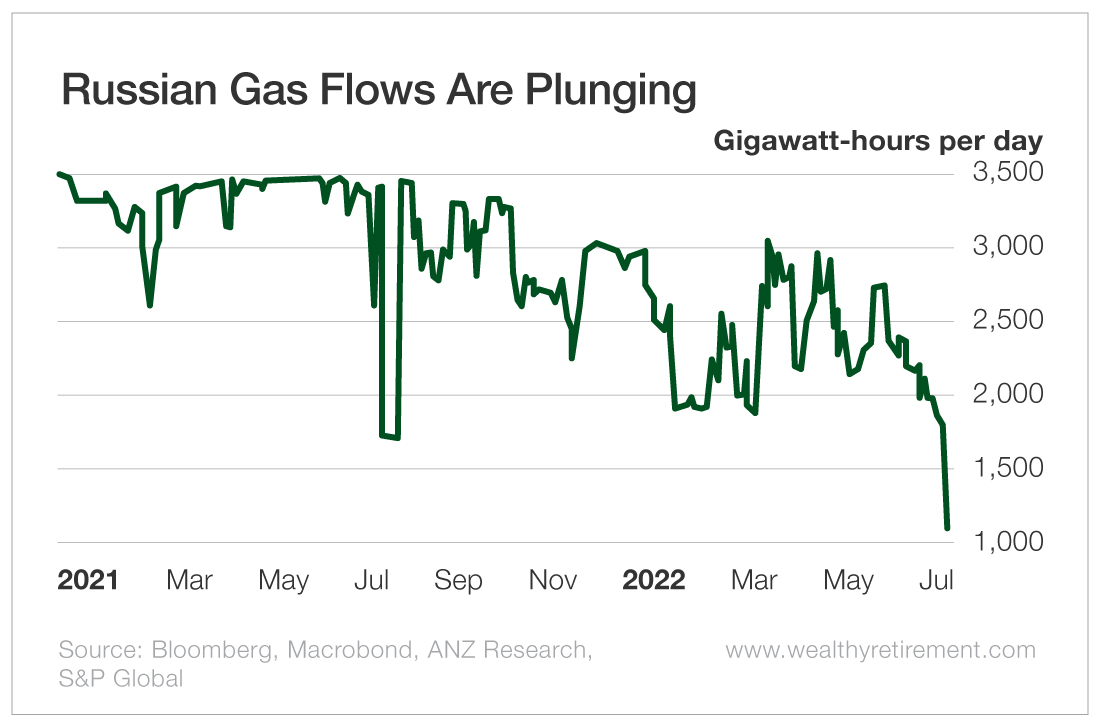 Second, the Central Bank of the Russian Federation has a strong balance sheet that could handle a decrease in oil revenues for a while.

Going into its invasion of Ukraine, Russia was sitting on a $650 billion buffer in foreign reserves.

Third, if oil spikes to, say, $200 per barrel, Russia doesn’t need to sell much to generate a lot of revenue.

So considering ways to inflict pain on Putin by capping the price he receives for oil might not be the best strategy.

Especially since Russia is always going to have buyers in China and India to whom he can continue to sell oil at much higher global prices.

Putin might be selling less oil in total, but he’s selling it for more.

But the question now is…

Is It Time to Reload on Our Oil Stocks?

We’ve shown some prescient timing here at Wealthy Retirement when it comes to buying oil stocks.

I first wrote about oil stocks being a buying opportunity back in November 2020.

Fast-forward to today. The Energy Select Sector SPDR Fund (NYSE: XLE) is up 104% versus the 8% increase in the S&P 500 over the same time period. 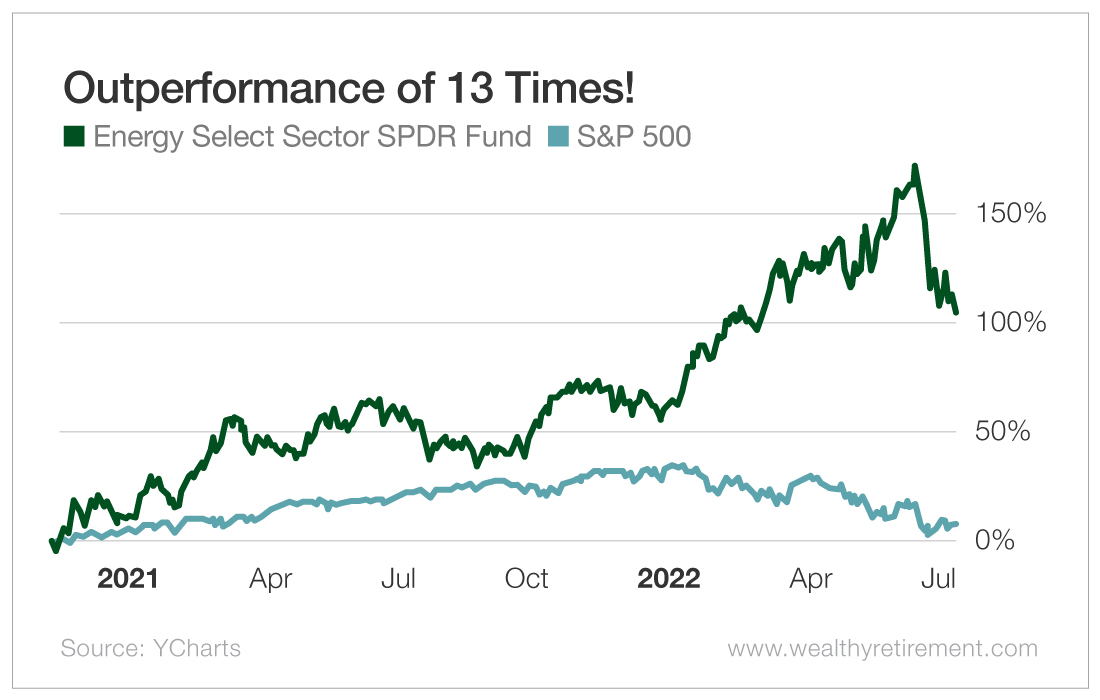 But since June 8, energy stocks have experienced a huge pullback.

And incredibly, oil prices are now back down to where they were just before Russia invaded Ukraine.

For investors who don’t have any exposure to this sector, the recent decline in share prices of oil producers may present an opportunity.

To be clear, I’m not pounding the table on oil producer stocks right now.

I’m saying that if Putin unleashes his oil weapon and sends oil prices up to $200 or even $300 per barrel, it’s going to crush the global economy.

In such a situation, oil companies will be the only stocks going up.

And they are going to go up a lot if Putin pulls the trigger.

It might be wise to have some insurance in your portfolio, just in case we get hit with an unprecedented oil shock.

How to Be a Smart Speculator in a Tough Market