Why It May Be Time to Think Outside the U.S.

This week, I read through the most recent investment commentary from Orbis Investment Management.

Orbis is a top-notch firm.

Founded in 1989, Orbis’ flagship fund has beaten the market by 4.4% annually since inception.

That’s a massive level of outperformance…

That is the power of compound interest at work, folks!

I’m not here to pump Orbis’ tires (although I’m a big fan).

Instead, there was something in that most recent quarterly commentary that you as an investor should be aware of…

The Most Underweight U.S. Stocks That Orbis Has Ever Been

I’ve written recently about how valuations of stocks in the S&P 500 are getting really stretched.

Apparently, the folks at Orbis are feeling the same way…

Orbis is currently the most underweight shares of U.S. companies relative to the MSCI World Index that it has ever been in the three-decade history of the firm.

Only twice before has Orbis been this underweight a group of stocks. In both of those instances, it would have been very smart to follow its lead.

A couple of charts convince me further of that…

The first chart shows how, dating back to 1971, U.S. and international stocks have switched back and forth between periods of outperformance. 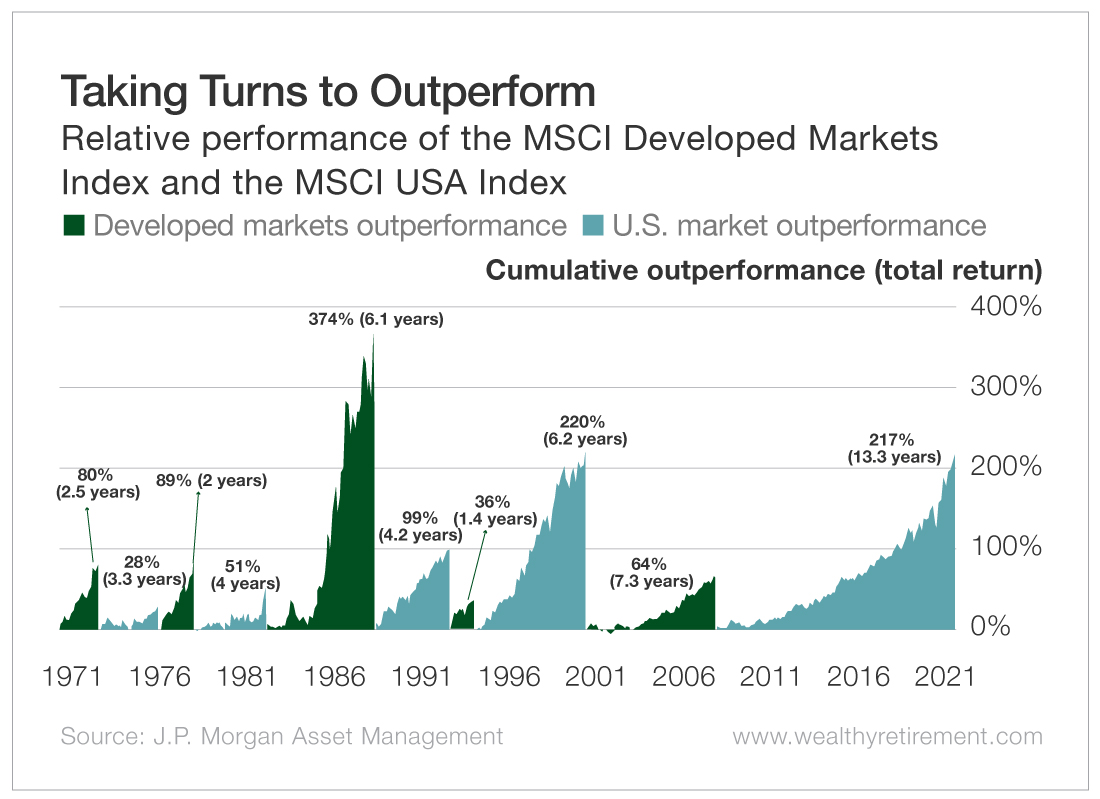 Today, we are more than 13 years into a cycle of U.S. market outperformance. We are long overdue international stocks having another turn.

The second chart shows the discount at which international stocks trade relative to U.S. stocks on a price-to-earnings basis. 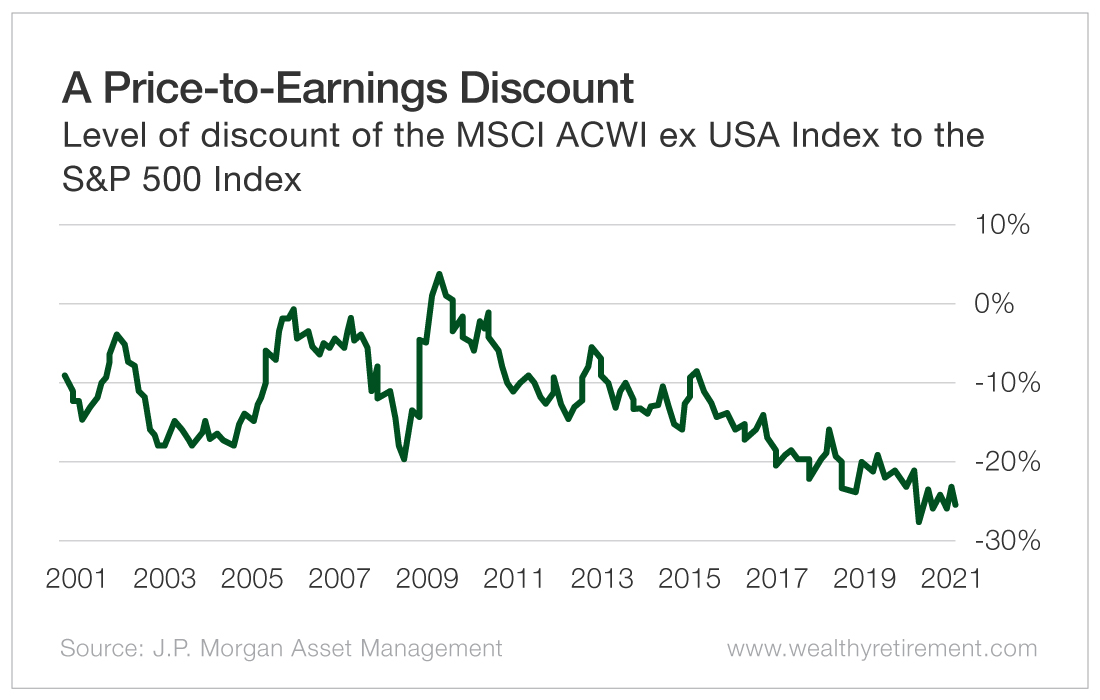 Currently, the valuation discount on international stocks is at more than 25%. That is by far the widest discount in recent memory.

But I don’t think the driver of this big discount is that international stocks are screaming bargains. I think it is more an issue of U.S. stocks being very expensive.

I wouldn’t bet against it…

A 4.5% Yield Even More Reliable Than Its Network