He is making a bet that interest rates are going to continue to rise.

And his wager is massive…

This man has purposefully assembled a $500 billion war chest, and he intends to deploy it into higher interest rates in the near future.

Dimon is widely viewed as the most important banker of his generation.

While the American banking system crumbled in 2008, Dimon positioned JPMorgan to stand tall with a fortress of a balance sheet.

While the other big banks diluted their shareholders or failed completely, Dimon was able to swoop in and create value for JPMorgan shareholders.

The entire financial system needed JPMorgan to swallow these troubled banks in 2008.

Thanks to Dimon, that is exactly what happened. That’s why when Dimon speaks, people listen…

And last week, Dimon told the world that he believed the inflation uptick we are currently experiencing is not a short-term phenomenon.

He sees inflation lasting and believes it will force the U.S. Federal Reserve to raise interest rates sooner rather than later.

What’s noteworthy is that Dimon is intentionally having JPMorgan take a hit to short-term earnings in order to have the company positioned to pounce when rates rise.

Dimon is choosing to keep $500 billion of JPMorgan’s cash liquid. He is saving that cash so that he can lock it in at higher interest rates down the road.

In not having this cash invested now, he is forgoing short-term earnings.

Dimon has lowered the banking juggernaut’s 2021 net interest guidance by $2.5 billion specifically because he is willing to sit on some cash.

The Words Were Barely Out of His Mouth…

It didn’t take Dimon long to be proven right…

Just days after he predicted higher rates, the Federal Reserve revealed that it now expects to begin raising rates a full year earlier than it expected just three months ago.

Instead of starting to raise rates in 2024, the Fed now believes it will begin in 2023.

The Fed also significantly increased its guidance on core personal consumption expenditure inflation in 2021 to 3% from the 2.2% it had been projecting in March.

That is a 36% increase in inflation expectations, which is a pretty big revision in just three months.

Especially given that for months we have all been watching…

In other words, inflation is everywhere…

My take on all of this as an investor is pretty simple. I don’t know how bad inflation might get or how high interest rates might go. But I do know one thing…

There has never been a moment in my lifetime that the chances of inflation getting out of control were higher than they are today.

The amount of money that central banks have created since the outbreak of the financial crisis in 2008 has put us in uncharted waters.

And interest rates have been historically low for so long now…

And the response to the pandemic doubled down on the extreme easy-money policy. 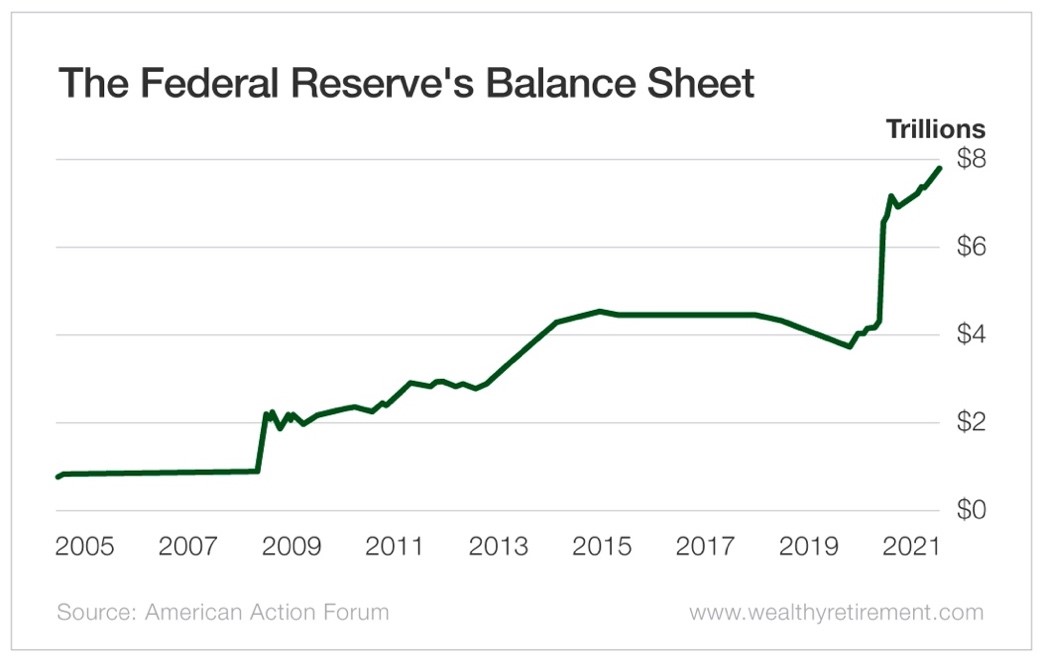 The truth is that we are now all players in a massive central banking experiment.

I don’t know how this is going to play out. The central bankers don’t know either – nobody does.

The smartest man in the world of finance has a hunch, though.

It is a hunch that he is willing to bet billions on.

Given Dimon’s track record and access to information, his guess is better than most.

The Winning Lottery Ticket Everyone Wants

Does This Stock Have the Energy to Maintain Its Distribution?