In normal years, more than 40,000 die-hard investors flock to Omaha, Nebraska, this time of year to listen to the wisdom of Buffett and Munger.

This year, the meeting was held virtually, and anyone who wanted to listen to the two legends take questions from shareholders was able to do so for almost six hours via livestream.

I was one of those virtual attendees.

One of the many things I learned was that through Berkshire’s many subsidiary operating businesses, Buffett is seeing what he describes as “very substantial inflation.”

As Berkshire’s CEO, he is in the perfect spot to provide an opinion on how fast inflation is moving.

Buffett constantly receives real-time data on what is happening in the American economy.

So if he sees that inflation is ramping up, then it is happening.

My Generation Has Never Dealt With the Bite of Inflation

For me personally as an investor, inflation is not something I’ve ever had to deal with.

And it isn’t because I’m all that young anymore!

For the past three decades, inflation has been muted in the United States.

As a result, many investors don’t spend a minute worrying about it.

But I bet Warren Buffett and Charlie Munger do, and so do my parents… 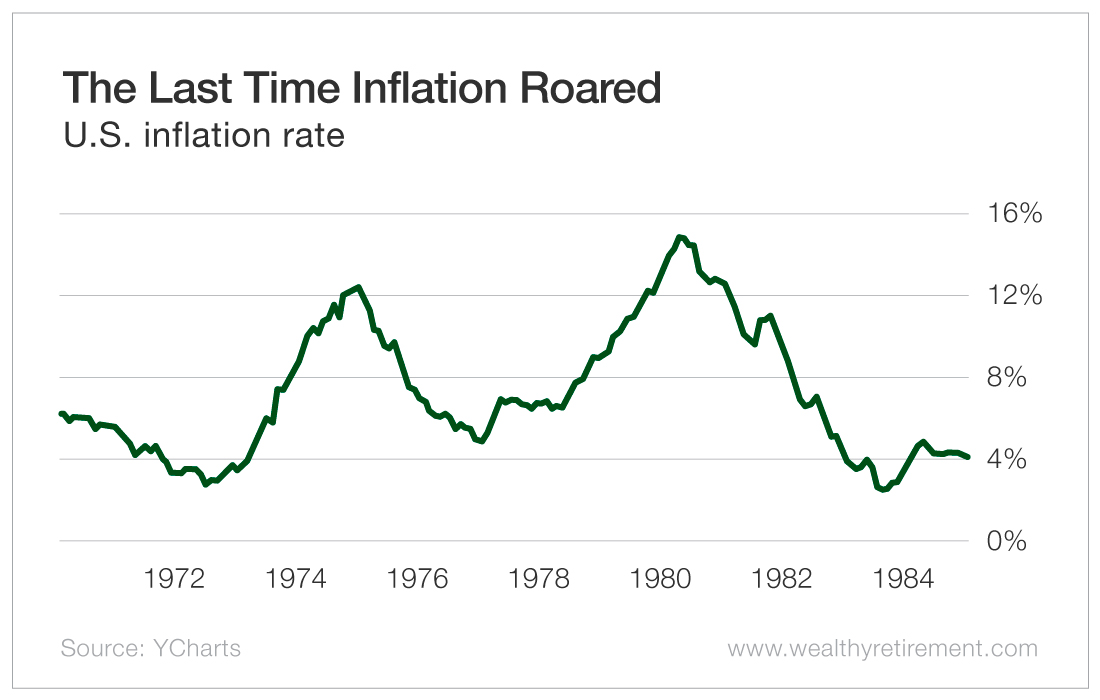 To appreciate what 15% inflation means to us as investors and savers, think of it this way…

Five years of high inflation, and your starting cash pile wouldn’t be worth much at all!

That’s what inflation is, folks – a weakening of the purchasing power of the dollar.

Warren Buffett is seeing serious inflation, and I’m not the least bit surprised.

Central bankers across the world could not have created more risk for runaway inflation if they tried.

Protect Your Wealth Against Inflation

With their magic wands, central bankers conjure up new money by expanding their balance sheets.

Take a look at how the U.S. Federal Reserve’s balance sheet has exploded in size since COVID-19 arrived… 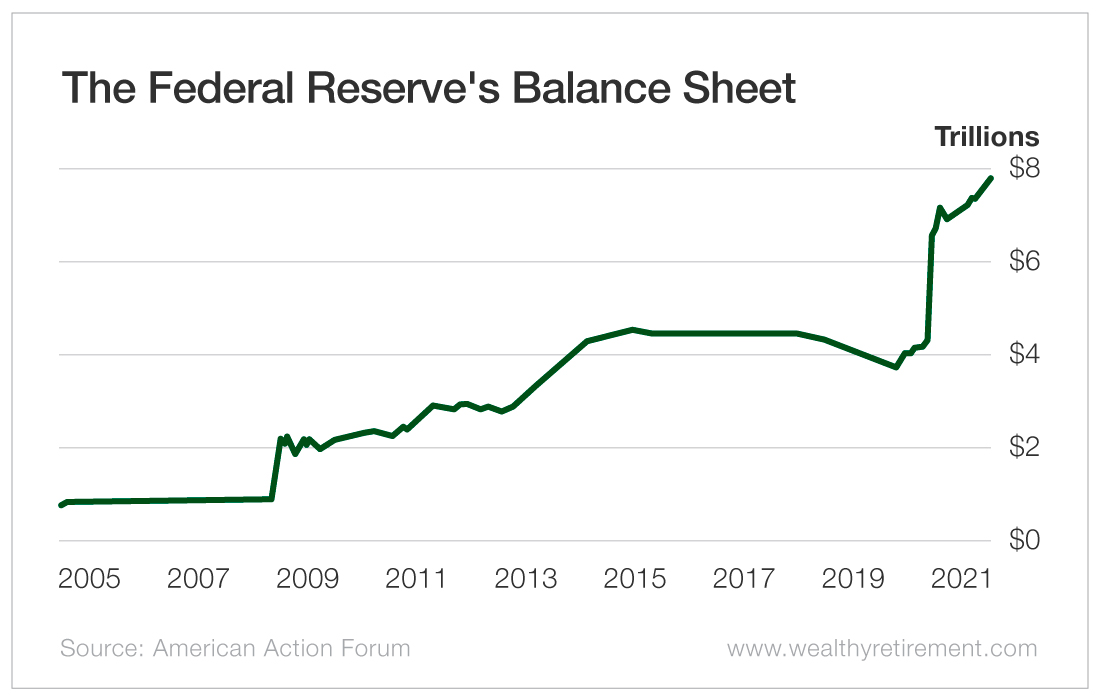 It has doubled in size in a year.

Then we must also remember that the Fed’s balance sheet was considered bloated going into COVID-19 because of the aggressive response to the 2008 to 2009 global financial crisis.

Central bankers primed the pump for inflation once, and COVID-19 made them double down.

But this extreme balance sheet expansion is unprecedented.

Nobody, including the folks at the Fed, truly knows what the consequences of this kind of monetary policy will be.

The one thing we do know is that the risk of severe, dollar value-destroying inflation has never been higher in our lifetimes.

Having a hedge built into your portfolio is an absolute must.

Personally, I have two favorite inflation hedges built into my portfolio…

Those are the two inflation hedges I own, but a third has me intrigued… cryptocurrency.

I’m not necessarily interested in owning crypto directly because I have no idea where trading prices are going.

Instead, I’m intrigued in owning businesses that will profit from the continued rise in popularity of crypto.

In my mind, the popularity of crypto has a direct relationship to the lack of faith people have in the value of the dollar.

If inflation starts getting out of control, that faith in the dollar is going to be seriously tested…

That is bullish for crypto and the businesses that are tied to it.