Home Market Trends Take Advantage of the Shift Into Value

In the eighth anniversary issue of The Oxford Income Letter, Chief Income Strategist Marc Lichtenfeld covered a trend poised to take over the market…

He wrote about “an important shift away from highfliers even while they were still capturing all the headlines.”

A section of the market – termed nongrowth stocks for its steady performance – was beginning to outperform the growth-focused technology sector.

Both Marc and Contributing Analyst Jody Chudley have called for a shift from growth into value. In September 2020, Jody wrote…

I believe we are in a very similar position today to the one we were in in 1999. These growth stocks’ terrific run is nearing its end. Meanwhile, the opportunity in value stocks has seldom been better.

Recently, the market began to see the light. 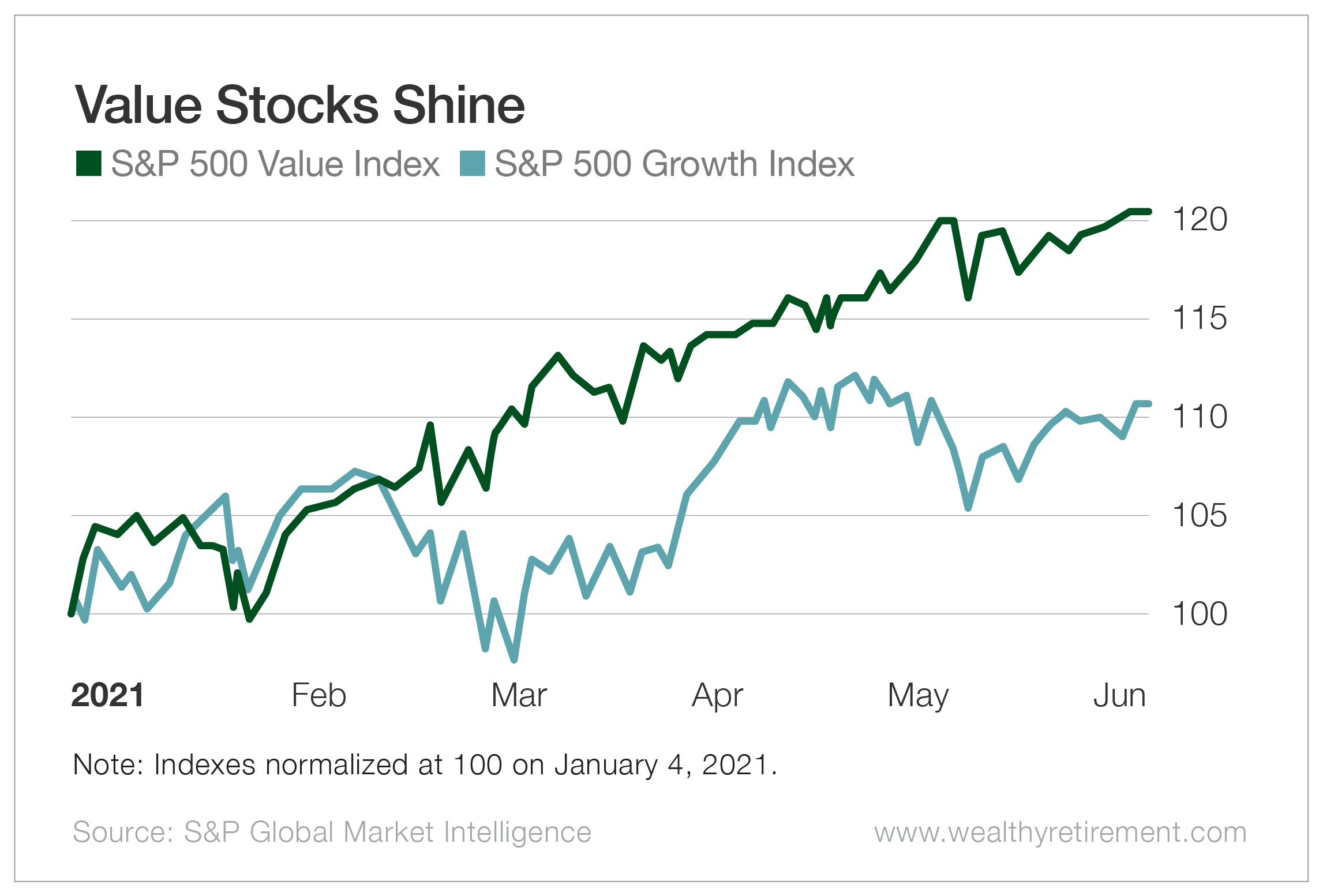 As inflation continues to knock at the market’s door, investors are turning to the safe and competitive yields offered by stocks in the financial, healthcare and industrial sectors.

(These sectors make up the largest percentages of the S&P 500 Value Index. They are followed by consumer staples, a sector Jody began watching for a comeback just two weeks ago.) 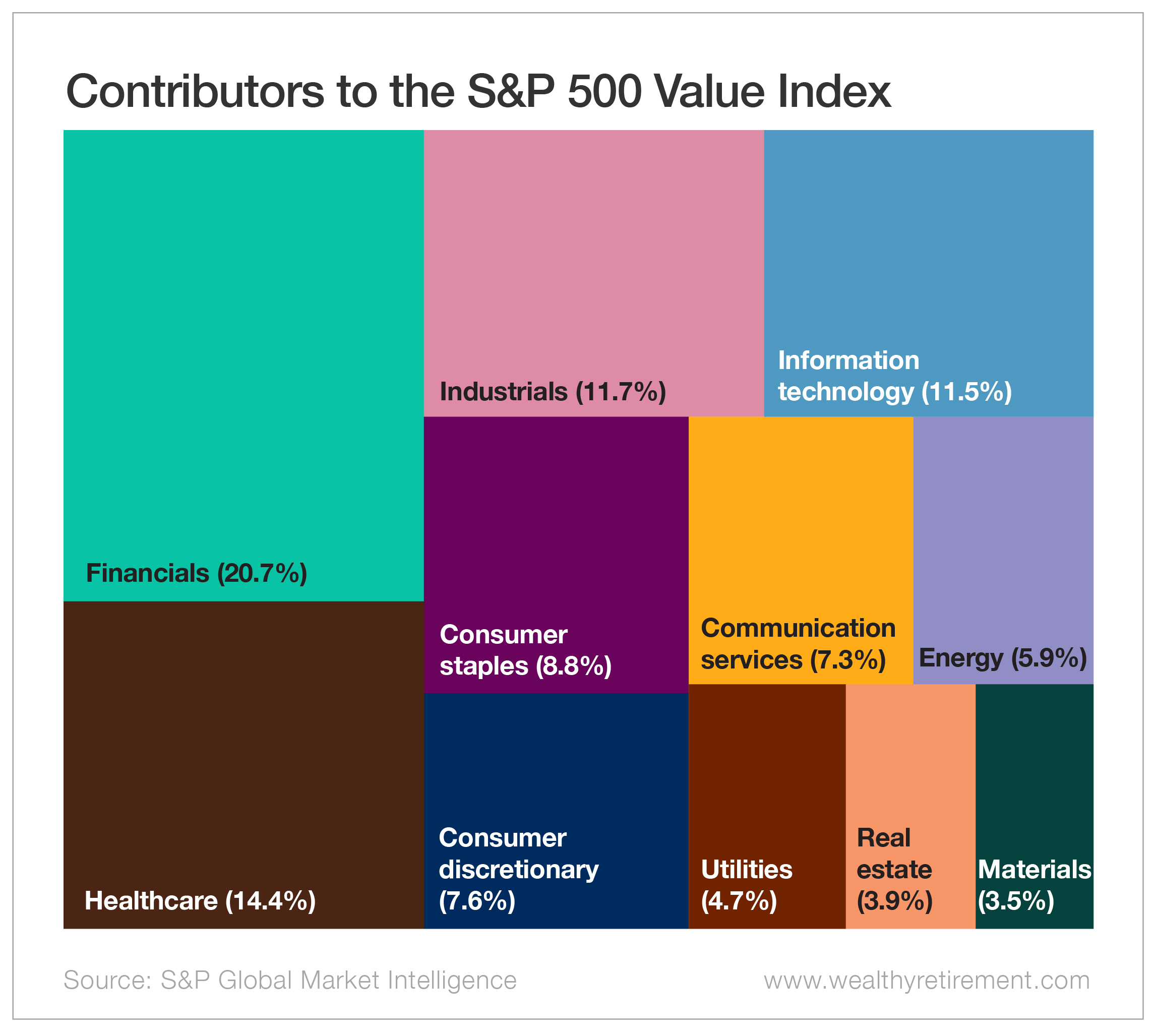 And in December, Jody called bank stocks “the no-brainer buying opportunity of the pandemic.”

Meanwhile, Marc showed readers of his Oxford Income Letter how to seize the financial sector’s potential.

People’s United was a Dividend Aristocrat, a distinction reserved for companies that have raised their dividends yearly for 25 years or longer.

It matched Marc’s investing philosophy of seeking out companies that grow their payouts to shareholders.

It also sported strong fundamentals, as well as a low 0.7 book value.

That was impressive compared with the industry standard of 1.07 and “could make it very attractive to an acquirer,” Marc wrote.

Most importantly, People’s United tied into his inflation thesis.

“I expect inflation to rise faster than most people expect in 2021,” Marc wrote in his recommendation.

“So… I’m focusing on stocks and sectors that have been beaten up but should improve greatly with rising prices.”

Lo and behold, inflation continues to creep higher – and less than three months after Marc’s initial recommendation, readers closed out their trade for a 45% gain.

But if you missed out on People’s United Financial or even Wells Fargo, don’t worry. Some experts predict that this shift into value will last well into 2022.

What if You’re Wrong?