A donor cuts a check…

They sign it away to their favorite charity. (Let’s call it the “Wealthy Retirement Foundation.”)

The Wealthy Retirement Foundation has a mission that the donor feels passionate about. Perhaps it gives out grants to fund projects that promote financial literacy.

The donation will eventually fund projects like these… but it has a stop to make.

First, it has to grow in the market.

Foundations are required by law to give away only 5% of their endowments per year (though the average number is closer to 7%).

The rest is put to work on Wall Street.

The data suggests that it’s put to good use. A study from the Council on Foundations-Commonfund found that private foundations earned as much as 17.4% on their money in 2019.

When the historical average market return is 10%, with many investors earning less, that makes foundations a valuable model for strong investing.

Yet some charitable organizations are tight-lipped about their holdings.

In fact, only 7 of the top 15 foundations in the United States (referred to as the FoundationMark 15) report on their investing.

But today, we’re pulling back the curtain on the largest charitable foundation in the United States.

The Bill & Melinda Gates Foundation has more than $40 billion in total assets.

To put that in perspective, the entire COVID-19 vaccine market is worth about $40 billion.

If the Bill & Melinda Gates Foundation were a company, it would be about the same size as Carvana (NYSE: CVNA), Constellation Brands (NYSE: STZ) or T. Rowe Price (Nasdaq: TROW).

And it’s run by CEO Mark Suzman under the direction of Bill Gates (the second-richest person in America behind Jeff Bezos), Melinda Gates and Warren Buffett.

Since its inception 20 years ago, the foundation has spent $53.8 billion on various programs, $39.8 billion of which went toward global health and development programs.

The remainder of the endowment is held in a diversified portfolio.

The foundation’s investment assets are allocated to a variety of sectors, chief among them financials. The foundation’s single largest holding is Berkshire Hathaway (NYSE: BRK-B). 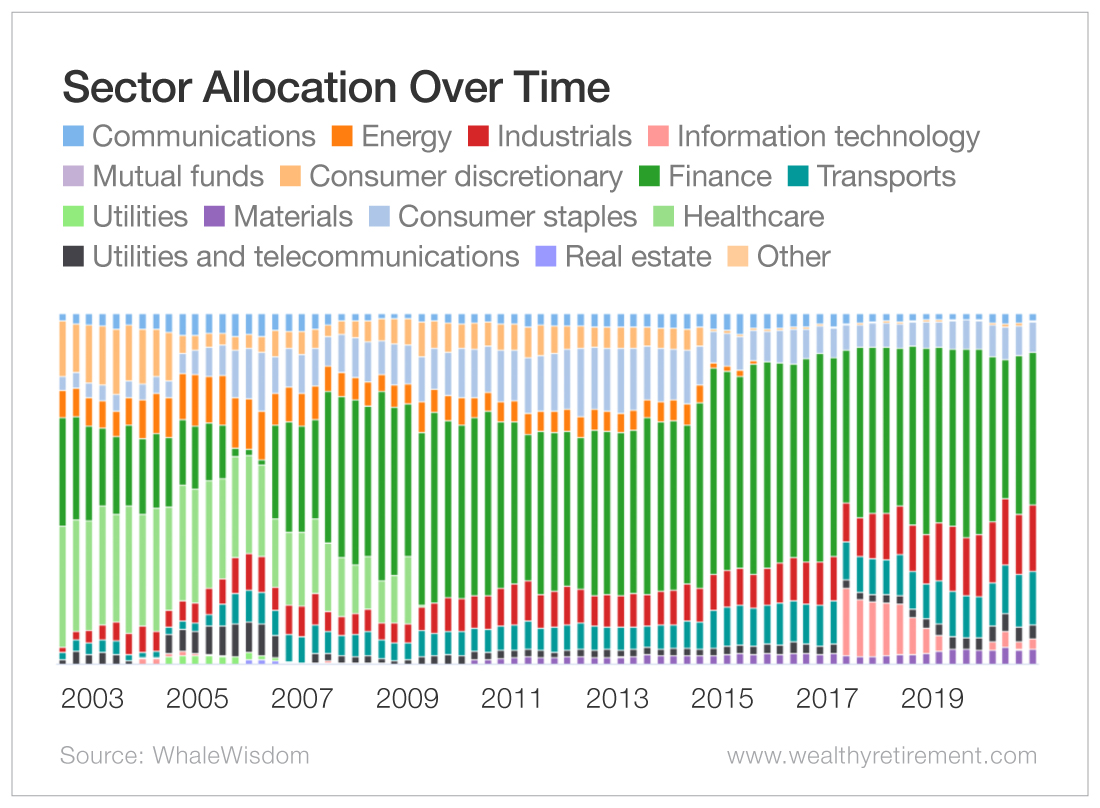 But here’s where Gates may have gotten it wrong…

In fact, aside from the first three quarters of 2020, the Bill & Melinda Gates Foundation never earned more than 1.05% on its top 20 investments since 2018. 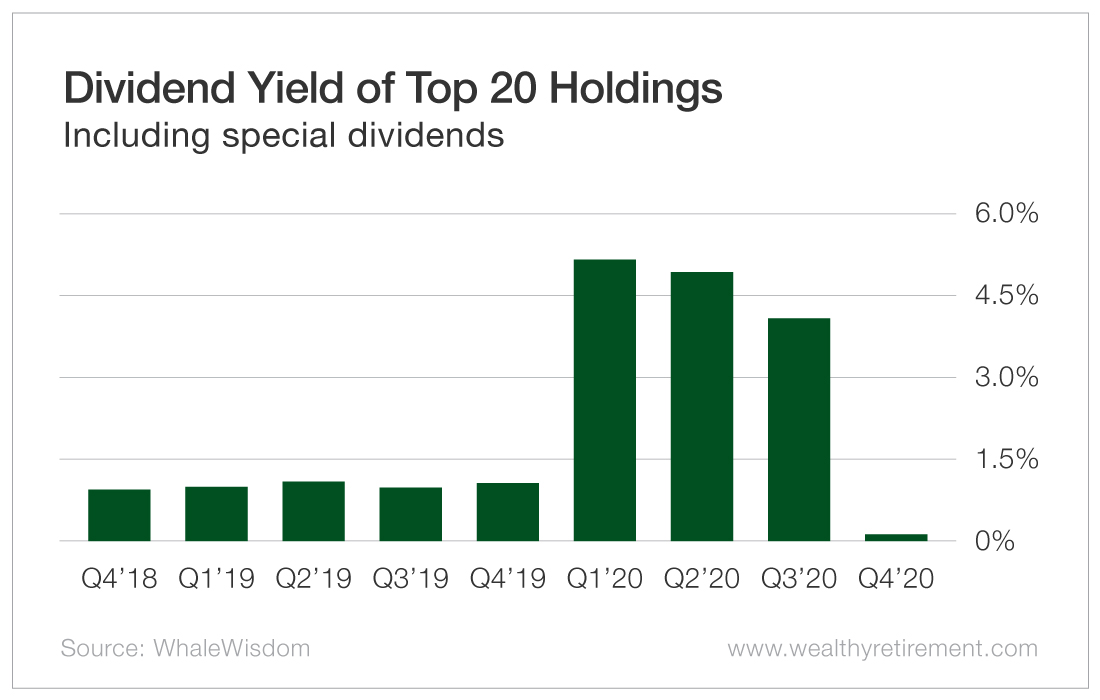 This could be a missed opportunity.

It would be possible – and prudent – for the Bill & Melinda Gates Foundation to earn more, especially when it already earns higher yields on some of its smaller holdings like United Parcel Service (NYSE: UPS) and Crown Castle International (NYSE: CCI).

The fact is investing in Perpetual Dividend Raisers (and reinvesting the dividends) is one of the most effective ways to build wealth.

“It’s one of the very few investment strategies that consistently beats inflation and increases buying power,” says Chief Income Strategist Marc Lichtenfeld. “And it has done so for more than 100 years.”

The same holds true regardless of whether you’re a multibillion-dollar foundation or an investor with a small budget.

So when building or refining your own portfolio, don’t be afraid to take a cue from the greats. (And learn from their mistakes too!)

Remember to diversify, manage your risk and focus on growing your income through Perpetual Dividend Raisers.

Whether you’re funding a community project or a nice vacation in the post-pandemic world, you’ll be able to take it further by investing like your savings are worth millions – and earning more on your own “endowment” than the second-richest person in the country earns on his.

P.S. Billionaires aren’t the only ones who could stand to earn more on their money… By using one simple technique, you could even earn up to 4X more on all of your regular trades.

Marc is sitting down next week with Chief Investment Strategist Alexander Green and TradeSmith CEO Keith Kaplan to uncover all the details for his readers. Click here and make sure you’re the first to know about this powerful strategy.