You might be surprised to learn that I closely follow the portfolio moves of a 97-year-old man.

When I say “follow,” I’m giving myself credit for doing a lot more work than I actually do…

The last time he did anything significant with his portfolio was in March 2009.

When this man does finally commit to buying a stock, it is more often than not a grand slam.

Almost exactly a year ago, I wrote to you and told you about the incredible investment that the then-85-year-old Charlie Munger made at the exact bottom of the 2009 financial crisis.

Most people are familiar with Munger as the vice chairman of Warren Buffett’s Berkshire Hathaway (NYSE: BRK-A).

It is less well known that Munger is also the chairman of Daily Journal (Nasdaq: DJCO).

Daily Journal is a small business that produces newspapers and other publications focused on law, real estate and other areas.

Daily Journal’s business isn’t a particularly great one, but what Munger did with the company’s money at the bottom of the financial crisis is beyond great.

At the absolute bottom of the 2009 stock market, when almost every investor on the planet was frozen with terror, the 85-year-old Munger called up Daily Journal’s broker and went all-in.

He took the $20.7 million in cash that he had let accumulate for years and invested all of it in two dirt cheap bank stocks that he had complete confidence in.

The majority of the cash went into Wells Fargo (NYSE: WFC), and the remainder went into Bank of America (NYSE: BAC).

The rest, as they say, is history. 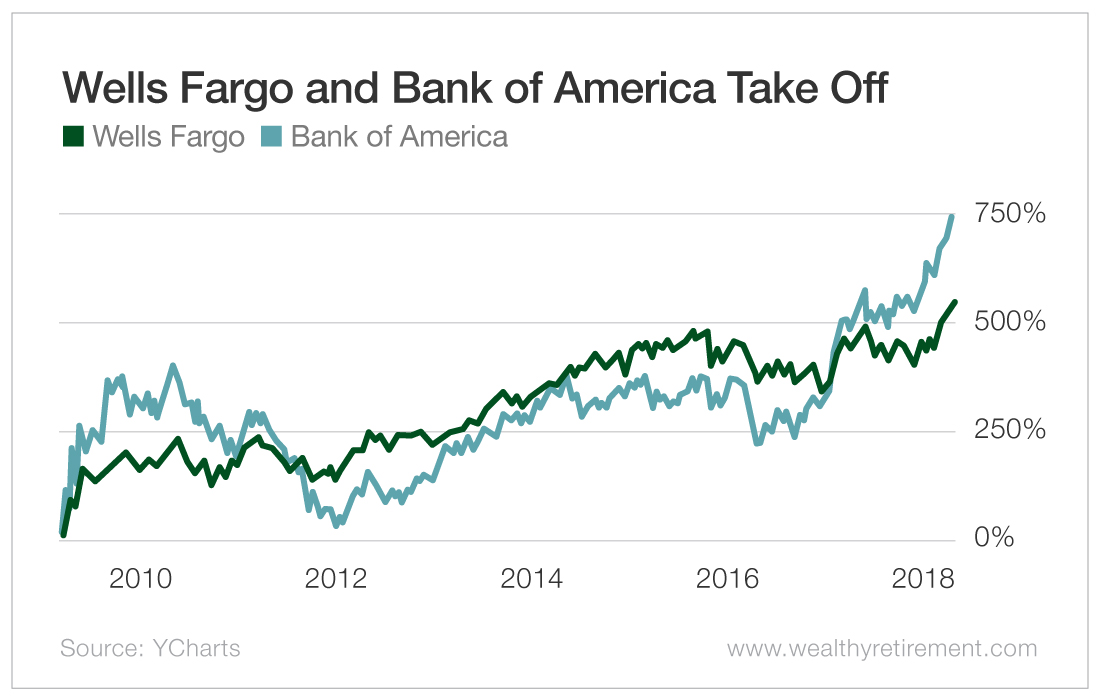 That $20 million in cash that Munger invested in 2009 is now a $200 million-plus equity portfolio.

And this is hardly Charlie’s only incredible investment.

Over the course of his career, he’s rarely bought anything – but when he does, he acts with conviction.

Munger waits patiently (often for years) for big, fat pitches that he knows are no-brainer investments.

In 2008, Munger found one of those no-brainers.

Munger believed that in Wang Chuanfu, BYD’s founder and chairman, he had found one of the greatest entrepreneurs he had ever encountered.

He was correct, and the investment has been an astounding success.

What Is Charlie Munger Buying Today?

After 12 years of not buying a single stock for Daily Journal’s portfolio, Charlie Munger has finally made another move…

The company’s first quarter regulatory filing revealed that Munger had purchased $37 million worth of shares in Alibaba (NYSE: BABA).

Alibaba is known as the “Amazon of China.”

Like Amazon (Nasdaq: AMZN), Alibaba started off as an e-commerce platform and has evolved into a more diversified company with a big focus on technology and cloud computing.

I can certainly see what Munger likes about this stock…

Despite having a five-year annualized rate of earnings growth of almost 30%, Alibaba trades at just over 20 times forward earnings.

That is a very attractive valuation for a company growing that fast. 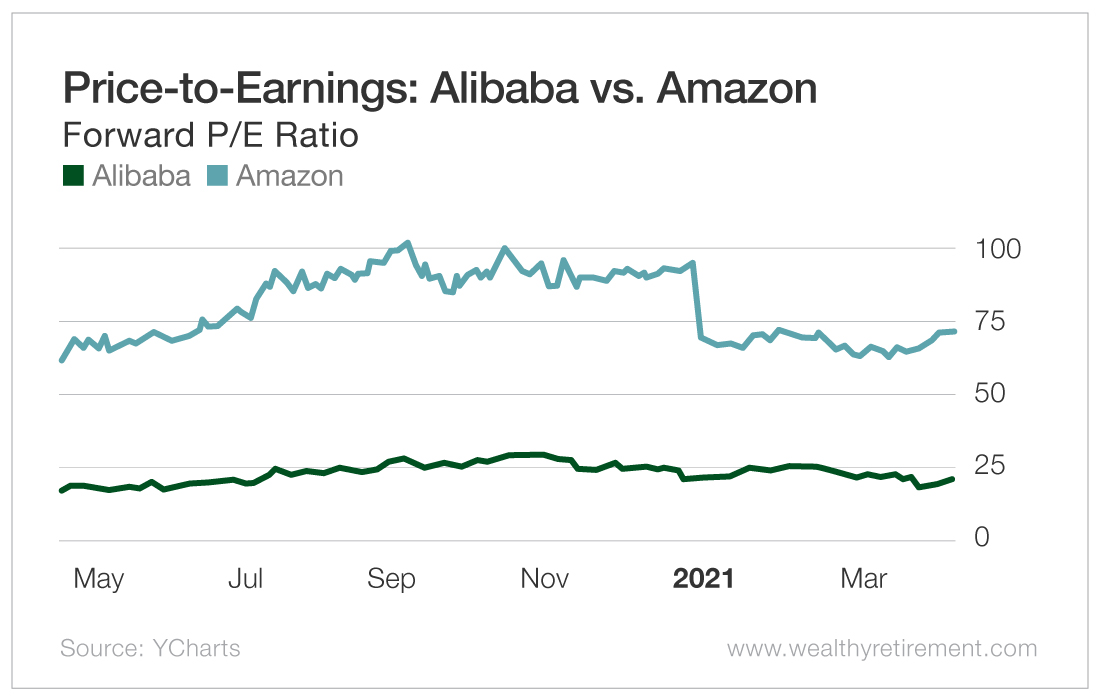 As you can see in the chart above, Alibaba’s price-to-earnings valuation is only a fraction of Amazon’s.

It already appears that Munger’s timing – purchasing Alibaba in Q1 – may again have been absolutely perfect.

With Alibaba just receiving a $2.75 billion antitrust fine from the Chinese government, a major concern that had long been weighing on the stock is now in the rearview mirror.

Alibaba’s share price jumped 9% the day after news of the settlement was released, which means that Munger’s purchase is likely already well into the green.

I hope Alibaba ends up being another incredible investment to cap off Munger’s career.

Can Exxon Mobil Barrel Its Way to Dividend Safety?