Are the prices of things you buy going up?

Sure, inflation is low at 1.8% – but how about the prices of things you actually buy?

Food prices have climbed 2.1% over the past 12 months, a little higher than the overall rate of inflation. Water bills increased an average of 3.6% this year.

And if you’re going to be paying college tuition like I will be for the next seven years (two kids, not one who’s taking his time), you’ll be unhappy to learn that those already exorbitant fees soar about 8% per year.

So even though inflation is rather tame, many of the costs we incur every day continue to grow at a faster pace than the official inflation rate.

And that official inflation rate is historically low. The average annual increase going back to 1913 is 3.2%. After just five years at the U.S. average rate of inflation, what previously cost $1,000 will now run you $1,171.

That can be troublesome for someone who is living off their investments and receiving small cost of living allowances on their Social Security checks.

So how do you make sure your investments – particularly your income-generating investments – keep up with inflation so that your buying power doesn’t erode?

Since 1960, members of the S&P 500 have grown their dividends by 5.1% annually, which exceeds inflation. That means that by investing in dividend growth stocks, not only does your buying power not erode – it actually increases.

To put it another way, investing in dividend growth stocks allows you to buy more stuff. 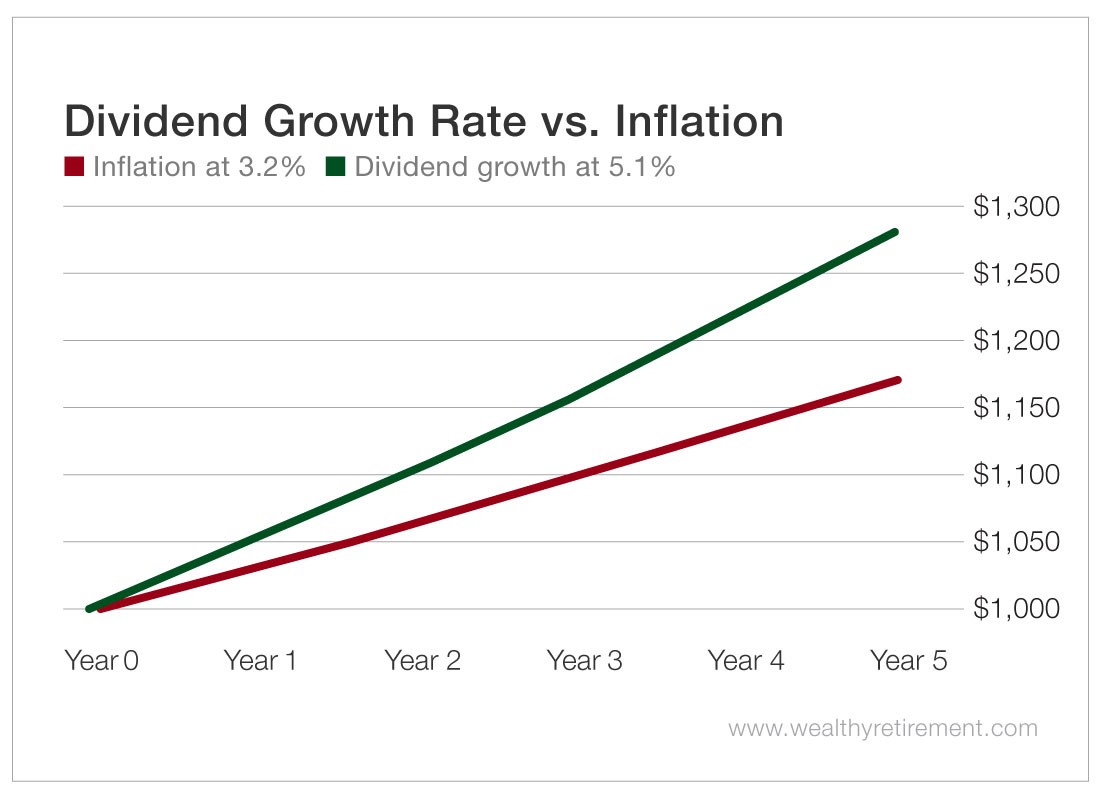 You can see that your buying power increases when you invest in dividend stocks, and it grows larger as time goes by.

But don’t think that dividends are only for investors who need income today. Since 1960, reinvested dividends have made up 80% of the S&P 500’s return. 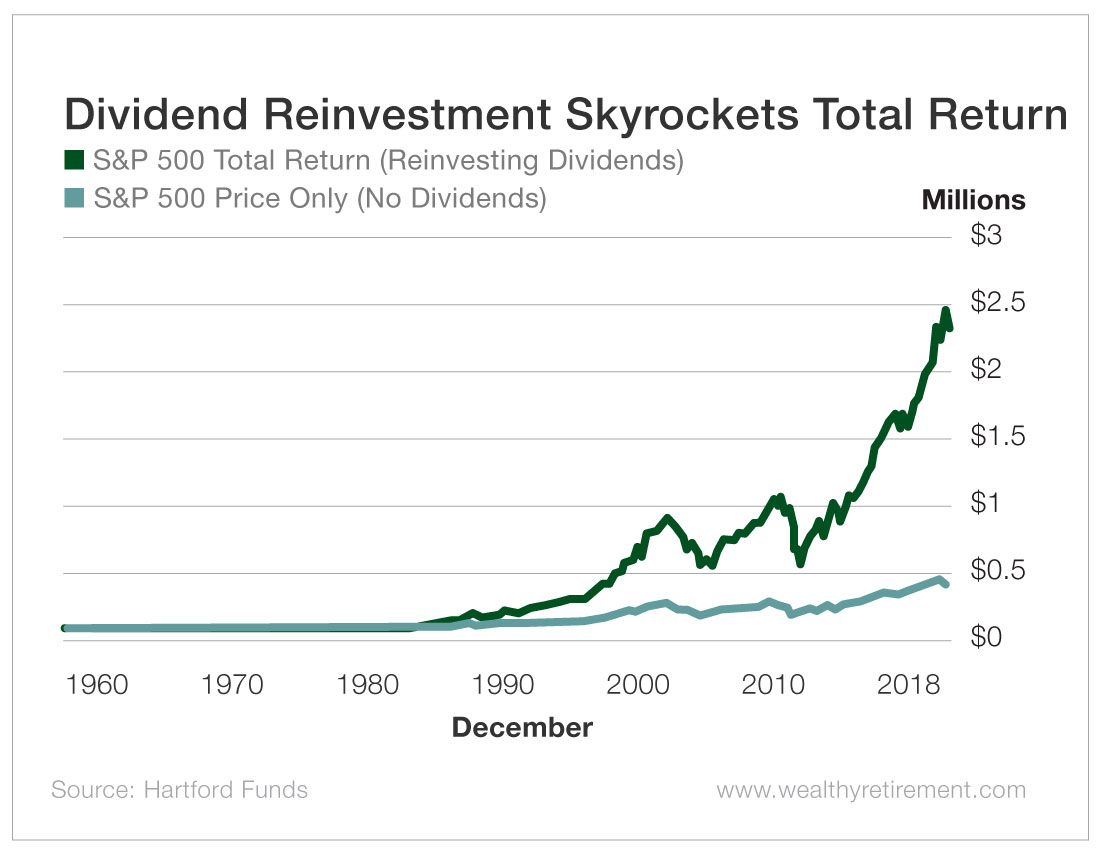 Finding great dividend growth stocks is how I spend the vast majority of my day. It’s the subject of my bestselling bookGet Rich with Dividends and the focus of my newsletter, The Oxford Income Letter.

But I’m not satisfied with just 5.1% growth. Many of the stocks that are in The Oxford Income Letter’s portfolios grow their dividends at 10%.

For example, NextEra Energy Partners (NYSE: NEP) is a stock I recommended in the March issue of The Oxford Income Letter. The company recently raised its dividend for the 20th quarter in a row.

The payout to shareholders has grown 13% over the past year. I expect double-digit increases for the foreseeable future.

If you’re relying on Social Security or other forms of fixed income to pay for your retirement, you’ll be in for a very rude awakening when inflation eventually moves higher.

By investing in dividend growth stocks, you’ll ensure that inflation does not wreak havoc on your lifestyle.

In fact, the opposite will occur. Each year, you’ll be better off than you were the year before.

How to Avoid Financial Self-Sabotage

Investing Doesn’t Have to Be Hard

This “Saving Grace” Strategy Is Not Worth It