CEOs don’t care about your money. They don’t.

Either that, or they are bad – I mean really bad – investors when it comes to their own companies’ stocks.

It has long been assumed that stock buybacks benefit investors. The thinking is that if a company repurchases stock, there are fewer shares, which increases earnings per share.

Corporate share repurchases can be an effective tool for increasing shareholder value when done properly – if the stock is trading at an attractive valuation.

The problem is that managements are notorious for buying back their stocks at the absolute worst times.

In my book Get Rich with Dividends, I quoted a study by Azi Ben-Rephael, Jacob Oded and Avi Wohl in The Review of Finance that determined large companies are “more interested in the disbursement of free cash” than in buying stock at lower-than-average market prices.

During the first three quarters of last year, with the market at all-time highs, S&P 500 companies increased their share repurchases by 52.6% over the previous year. Like the authors of the study in The Review of Finance pointed out, the companies appeared more interested in putting money to work for the sake of a headline rather than in deliberately buying stock at a price believed to be a good value.

In the first nine months of 2018, Apple (Nasdaq: AAPL) bought back $62.9 billion worth of stock. Now the value of those shares is down more than $9 billion.

Here are a few more examples…

Below are charts of numerous companies. You can see that as their stock prices increased, so did the share repurchases. Often, the peak buybacks occurred at the stock prices’ highs. And when the stocks fell, repurchases fell off a cliff.

If the CEOs were smart, the charts would look exactly the opposite. Share repurchases would have decreased as prices rose and increased as they fell. 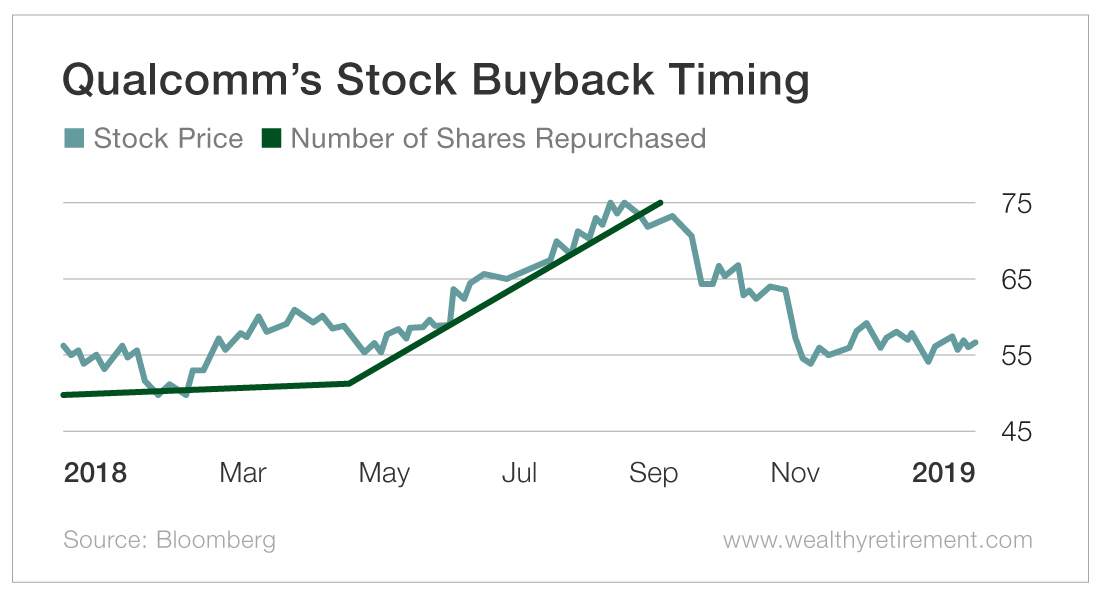 Why was Qualcomm’s (Nasdaq: QCOM) management buying hundreds of thousands of shares when the stock was at $250 but none when it was at $50? 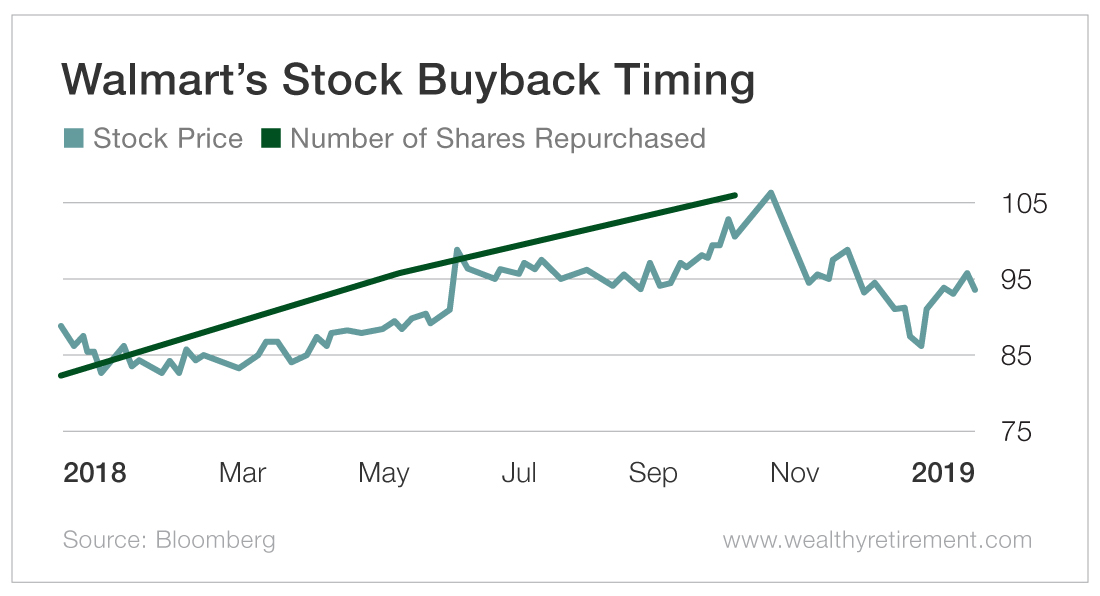 Walmart (NYSE: WMT) bought five times as many shares once the stock peaked at more than $100. 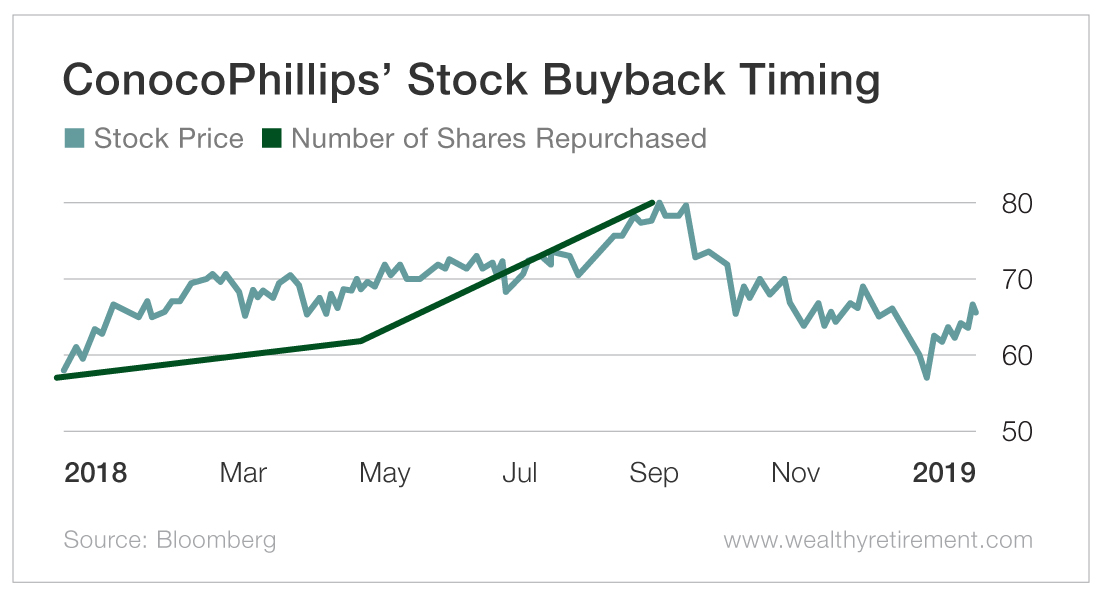 ConocoPhillips (NYSE: COP) looks like the poster child for management buying at the wrong time.

If these companies had made acquisitions for the same amount that they spent on their own stocks, and if those deals had gone as badly as these stock purchases, many of these CEOs would be spending their days at home scanning LinkedIn job postings.

I have always maintained that if a company has extra cash, it should give it back to shareholders in the form of dividends. Let investors decide if the stock is cheap enough to buy. If it is, they’ll plow their dividends back into the stock.

These days, many companies have so much cash that it’s hard to find any that don’t have a share repurchase program in place. But focus on the ones that are committed to paying and growing their dividends. That could at least limit how much of your money they’ll flush down the toilet by repurchasing stock at all-time highs.

A Beginner’s Guide to Stock Charts