A 10.1% Yielder With a Bad Reputation

Once you’ve earned a bad reputation, it’s very hard to shake it off.

The same can be said about stocks, both good and bad. Once a stock has a certain reputation, it will take a while before the public is convinced it is anything other than what they believe.

Annaly Capital Management (NYSE: NLY) has earned its bad reputation, and now it’s trying to shake it off.

The mortgage real estate investment trust (REIT) was featured on my “naughty” list heading into last Christmas due to its long history of dividend cuts.

Heading into last year, net interest income (NII) – the difference between how much a mortgage REIT makes for lending funds and what it pays to borrow them, minus expenses – had fallen every year for nearly a decade. 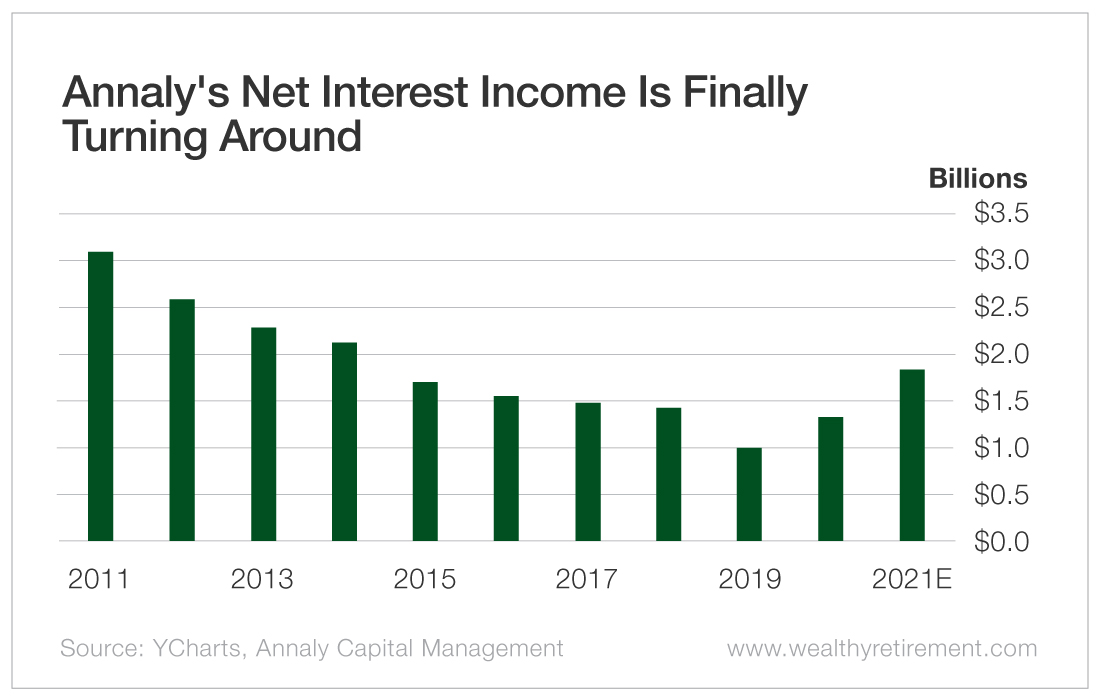 Through the first three quarters of this year, with $1.37 billion in NII, Annaly has already eclipsed last year’s total. I expect the total for 2021 to come in around $1.83 billion. If so, that will be the highest figure since 2014.

So NII looks strong, and Annaly is likely going to pay out only about $1.28 billion in dividends this year. So it already has made more in NII through the first three quarters of the year than it is expected to pay out for the full year, which is great.

But like actress Barbra Streisand trying to shake off the public label of diva (demands of flower petals in the toilet will earn you as much), a year or two of NII growth can’t rid Annaly of the stink of multiple dividend cuts. 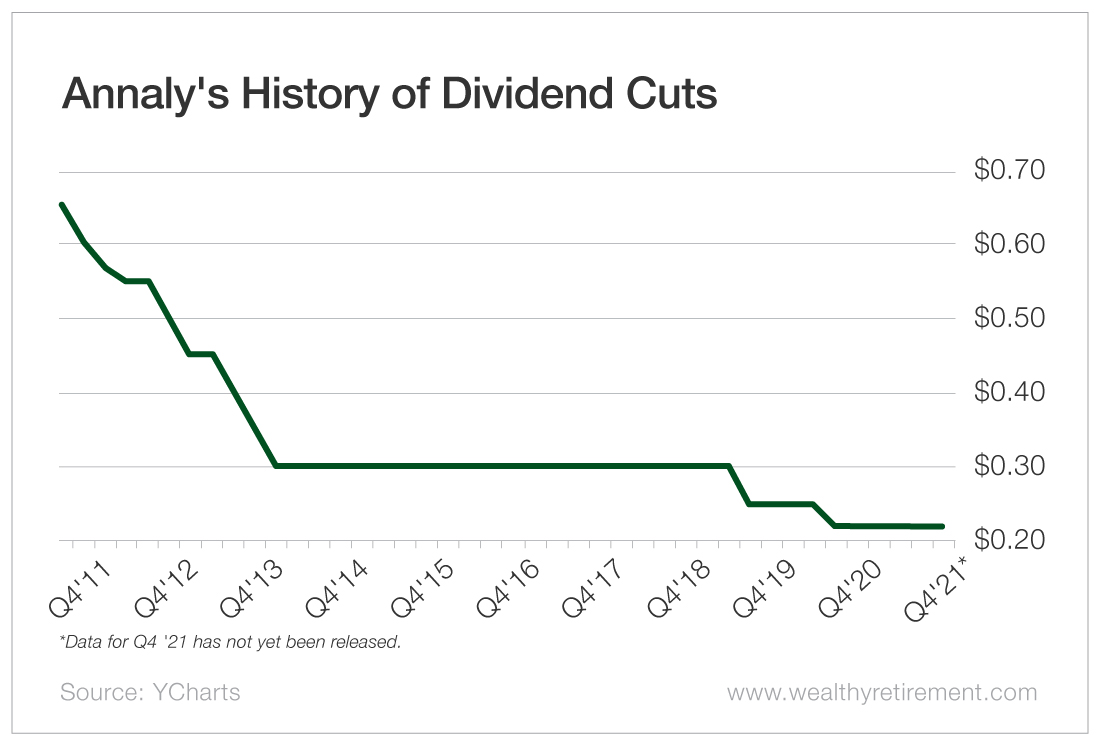 Annaly has a lot of reputation damage to reverse. A dividend increase would help, but companies that slash their dividends as often as Annaly has are likely to do it again if things aren’t perfect.

Right now, business is good. But if it isn’t, I don’t trust management to keep the dividend stable.

If you have a stock whose dividend safety you’d like analyzed, leave the ticker in the comments section.

You can also check to see whether I’ve written about your favorite stock recently. Just click on the magnifying glass in the upper right corner of the Wealthy Retirement homepage and type in the company’s name.

Is It Lights Out for This Utility’s Dividend?