The last time I wrote about AGNC Investment Corp. (Nasdaq: AGNC), I called it the worst dividend safety rating I’d ever seen.

I concluded that AGNC cutting its dividend seemed like a sure thing.

Is dividend cut No. 9 coming soon?

The good news is that AGNC no longer has the worst dividend safety rating I’ve ever seen. It’s not good, but it’s no longer the worst.

The one positive is that net interest income (NII) rose last year and is expected to rise again in 2019.

NII is how we determine whether mortgage real estate investment trusts (mREITs) can pay their dividends. It’s like cash flow for a regular corporation.

NII is the difference between how much money the mREIT collects in interest and how much it pays in interest to borrow the funds it lends out. Then expenses are subtracted.

Last year, AGNC’s NII was, surprisingly, slightly higher than it was in 2017. And in 2019, it is expected to climb again. 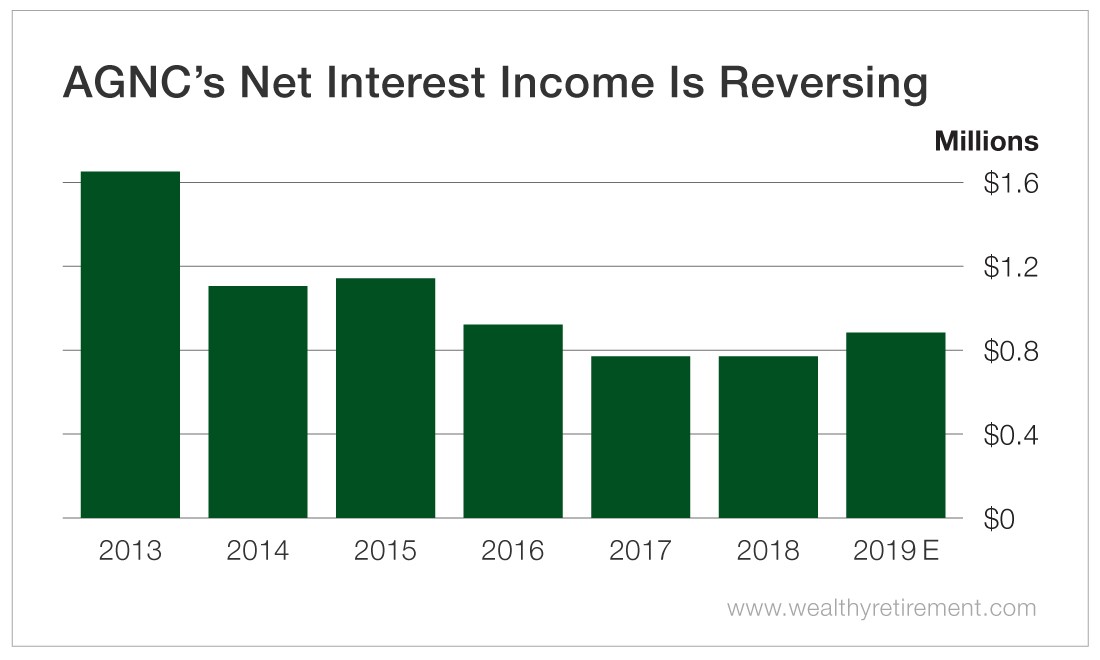 While a higher expected net interest income is certainly a good sign, it still doesn’t cover the dividend. Last year, AGNC paid $974 million. This year, because of a higher share count, that total is expected to climb to $1.1 billion.

So AGNC is still $200 million short of affording its dividend.

Growing revenue is a positive. Not being able to afford the dividend is a big negative, especially when combined with a horrid track record of slashing the dividend year after year.

AGNC no longer has the worst dividend safety rating I’ve ever seen. But it’s still bad.

I expect another dividend cut within the next 12 months.

Why America Is Still on Top

Is This Booming 8.58% Yield Sustainable?