Why Diversifying Your Portfolio Can’t Wait

The switch from growing wealth to preserving it has slowed down – and that’s not good for our lengthening retirements.

Many financial planners now recommend investing a percentage equal to 20 less than your age in bonds and the remainder in stocks.

Under this guidance, many Americans have too little of their net portfolio in bonds.

That could prove to be quite dangerous.

All bull markets eventually run out of steam. When that happens, investors without the proper stock-to-bond allocation are going to see their net worth tumble a whole lot more than it should.

That’s because bonds tend to hold up well when stocks perform poorly. The financial crisis is a great example.

Could your retirement fund withstand a 37% hit? If you’re like most Americans, your answer is “probably not.”

Or take the COVID-19 crash earlier this year… 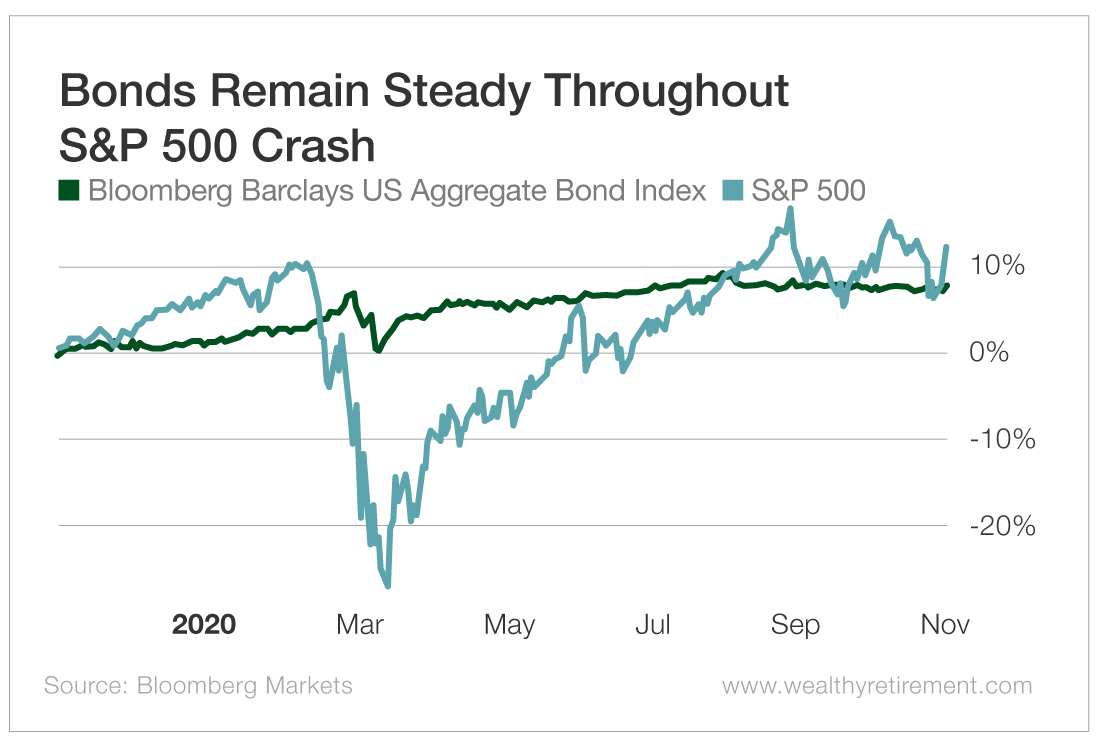 As the S&P began to plummet, the Bloomberg Barclays US Aggregate Bond Index actually started to rise. And the loss it did face during the downturn was miniscule compared with the devastation that hit the S&P.

That’s why bonds and asset allocation are so important.

Bonds do a nice job of preserving wealth when the stock market heads south. The income they generate is also a nice bonus.

Bonds play an important role in portfolio diversification – but there’s no right or wrong number for your portfolio’s allocation. It’s important to find a balance that works for you.

Why Beauty Is in the Eye of the Bondholder

Investing in Bonds? Do It Yourself

Why I’m Reevaluating My Assets

Reading Between the Lines of Last Week’s Fed...

How to Collect Safe Income

To Make Money in Bonds, Avoid This Strategy

Why This “Dividend Guy” Relies on Bonds

Why Adding Bonds to Your Portfolio Can’t Wait

Why This Dividend Expert Recommends Bonds