Home Retirement Planning Are You Bidding for Broke?

Are You Bidding for Broke?

One of my favorite activities is trading – no, this time I’m not referring to options, but cars. I have been enamored by cars ever since I can remember. I never collected Hot Wheels or Matchbox cars. As a youngster, between boarding school and moving so many times, I pretty much gave up keeping track of where my toys went.

Before you pull out the violins, I’ve more than made up for it as I have gotten older. Those Matchbox cars were replicated by the real thing! And let me tell you, the real thing is much more fun.

Every few months, I go to the car auction. I am not a dealer, but I have a friend who is. He gets me a pass whenever there is a good batch of cars, specifically Porsches, heading to the auction block.

Tuesday was such a day, and I headed over to the auction after the market closed with a huge smile on my face. There was a 1996 Porsche 993 on the list of cars.

The 993 was the last air-cooled Porsche made, and that alone gives it a special place in Porsche lore. Porsche built its last air-cooled model in 1998, giving way to liquid-cooled engines, which can develop higher horsepower.

The picture looked good, but there were a few things I was concerned about. It had looked like there were a lot of scratches, but it could have been the angle of the photos. 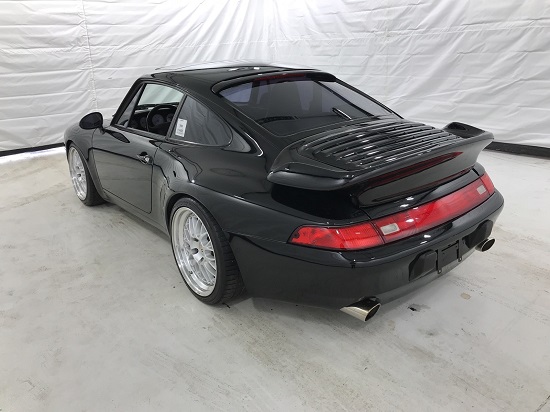 In person, they turned out to be real scratches. They were nothing major, but they were a sign that the car’s previous owner had not taken good care of it.

It had only 41,000 miles, which put it at the low end of the collector market if it had been in pristine condition. The interior smelled like week-old takeout had been left in there more than one time. It also had a rear spoiler, which was not stock for the car.

But what concerned me more than anything was what I found below the rubber trim on the windshield: a spot of rust no bigger than a dime. But rust is nothing to mess with, especially on a collector car.

The car was being auctioned as-is. The buyer would have no recourse. It started up fine and ran well.

When the hammer hit, the car sold for $60,000. Now remember, this was an auction for car dealers; it wasn’t open to the retail market. These guys are supposed to know what they are doing.

The buyer would put a total of around $65,000 into the car. In addition to the $60,000 sale price, they’d have to pay for rust repair, auction fees, scratch repair, new paint, reconditioning the interior and removing the rear spoiler. Plus, the wheels weren’t stock either.

I can buy one in excellent condition from a reputable dealer for less than that price! My guess is that the dealer already had a buyer because they’re going to take a bath on the car otherwise.

It was a never-ending stream of overpriced sales, and my dealer friend walked out with no cars. He lamented that the prices at these wholesale auctions had gotten so absurd that he was buying cars from individuals and selling them to other dealers at the auction instead of the other way around.

When it turns… look out below. I plan on attending quite a few more auctions in the months to come. Stay tuned.

Fighting Business Does Not Uplift the Little Guy

Is THIS Bull Market Alive and Well?

Europe Is on Sale