Late last month, I showed you how eerily similar today’s stock market is to what it was like at the turn of the century.

In 2000, it paid big to avoid growth stocks and own value.

That meant taking a contrarian stance. At the time, everyone loved growth and believed that value investing was an outdated approach.

Now it’s time to start thinking like a contrarian and go against the grain again.

The investment herd has fallen in love with growth stocks and is willing to buy them at any price.

That is a mistake because valuation does matter.

In fact, a growth company can be a terrible investment if valuation is ignored…

A Great Company… and a Terrible Stock to Buy in 2000

From 2000 to 2014, Microsoft (Nasdaq: MSFT) churned out beautiful earnings growth year after year…

The kind of steady growth that investors dream of.

What did those 14 years of growth do for investors who held Microsoft shares? 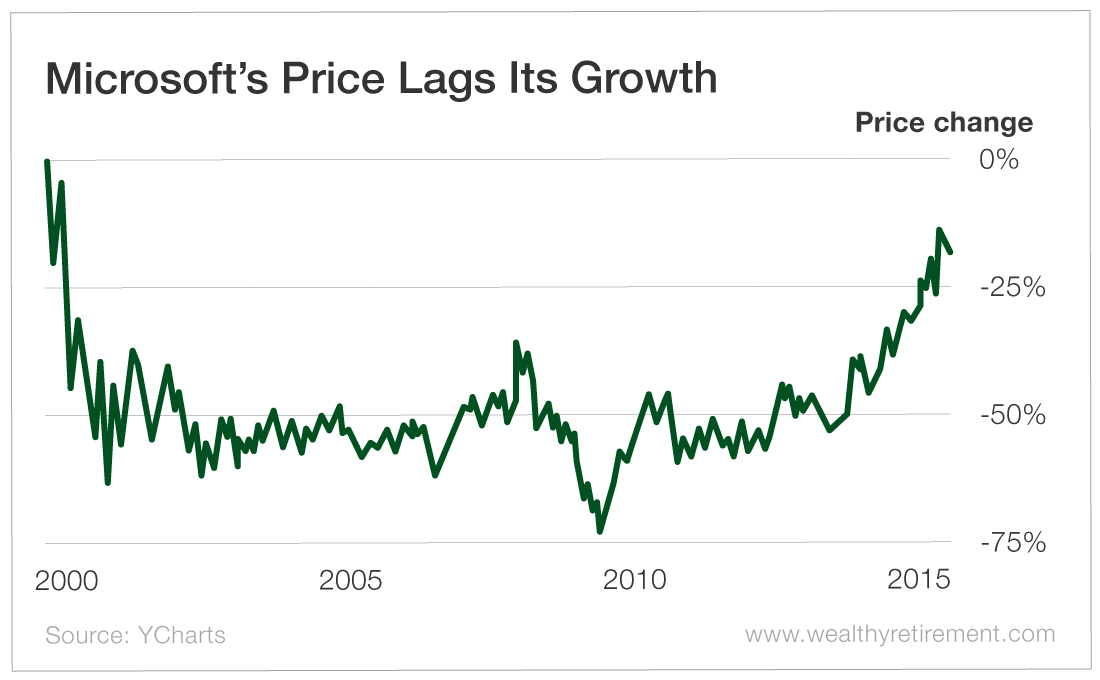 For almost a decade and a half, Microsoft’s business thrived, but the stock went down.

From that valuation, there was nothing that the underlying business could do to make buying shares a good investment.

A Great Company… and an Excellent Stock to Buy in 2015

By 2015, after 14 years of disappointment, investors had given up on Microsoft.

Why would you want to own a stock that never went up?

But its underlying business kept on performing.

From 2015 to 2020, Microsoft again churned out strong earnings growth year after year.

But this time, these years of growth provided outstanding returns… 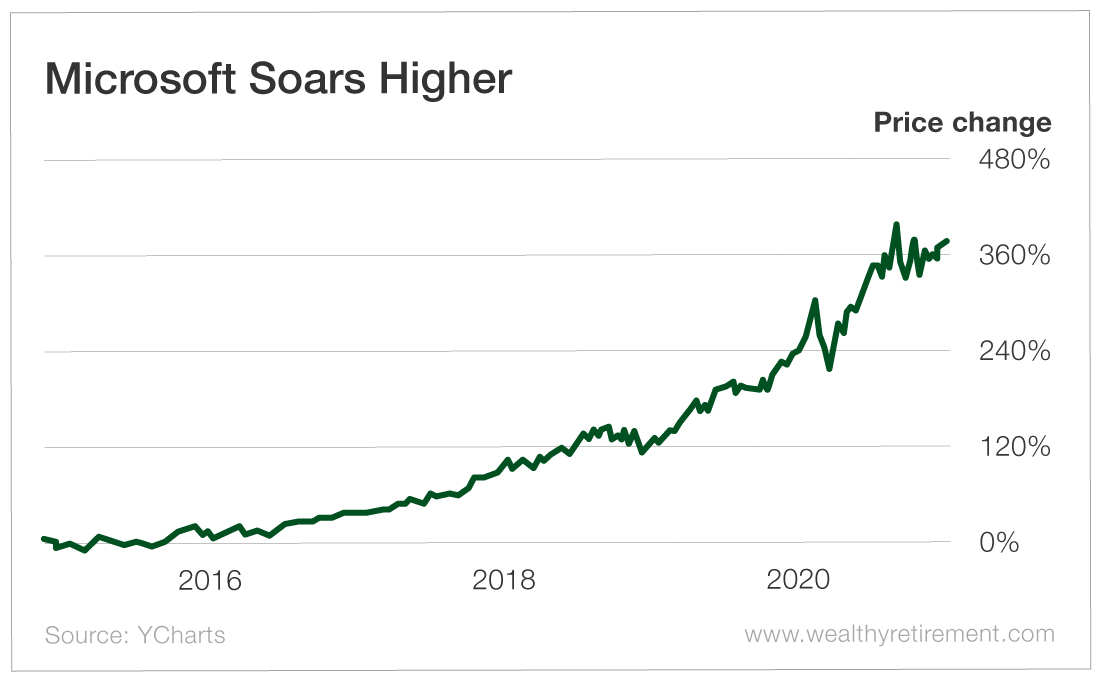 An investor who owned shares of Microsoft on January 1, 2015, has almost quadrupled their investment as of December 31, 2020.

From 2000 to the end of 2014, Microsoft’s business thrived, but the stock went nowhere.

Then, over the next five years, the business continued thriving but the stock nearly quadrupled.

The answer is valuation.

After Microsoft’s 14 years of earnings growth and a stagnant share price, by January 1, 2015, its valuation dropped to just 17 times earnings. 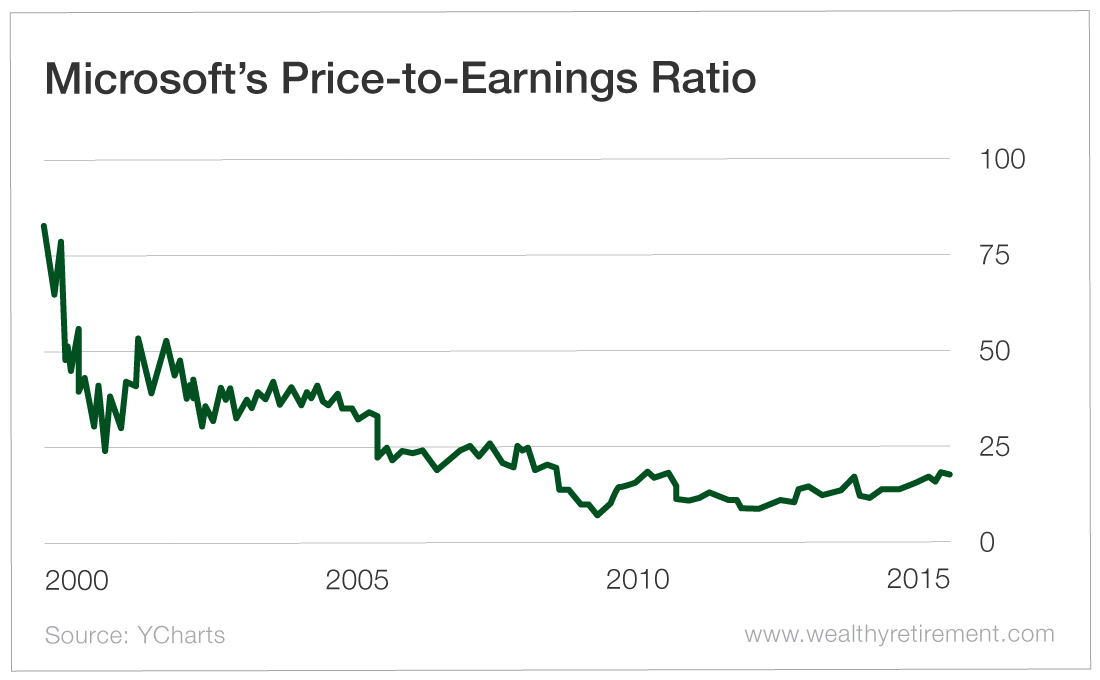 That is an attractive valuation for an incredible growth company.

Many of the best publicly traded growth companies today are trading for very expensive valuations.

Some of those valuations have become downright ridiculous.

They are great companies, but it is the wrong price to pay.

This is not the time to buy shares of those companies. There are better opportunities elsewhere.

I look forward to bringing those opportunities to you here at Wealthy Retirement as we navigate 2021 together.

And about the attractively valued stocks and sectors to focus on.

After all, opportunity is always knocking somewhere in the market.