The report did not strike a bullish tone for U.S. stocks…

In the words of the Fed…

Across most asset classes, valuation measures are now high relative to historical norms. Since the May 2021 Financial Stability Report, equity prices rose further.

I don’t agree with much the federal government has to say these days, but I agree with that. The market is expensive.

Warren Buffett’s favorite stock market indicator – aka the “Buffett Indicator” – currently suggests that the U.S. stock market is perhaps the most expensive it has ever been in recorded history. 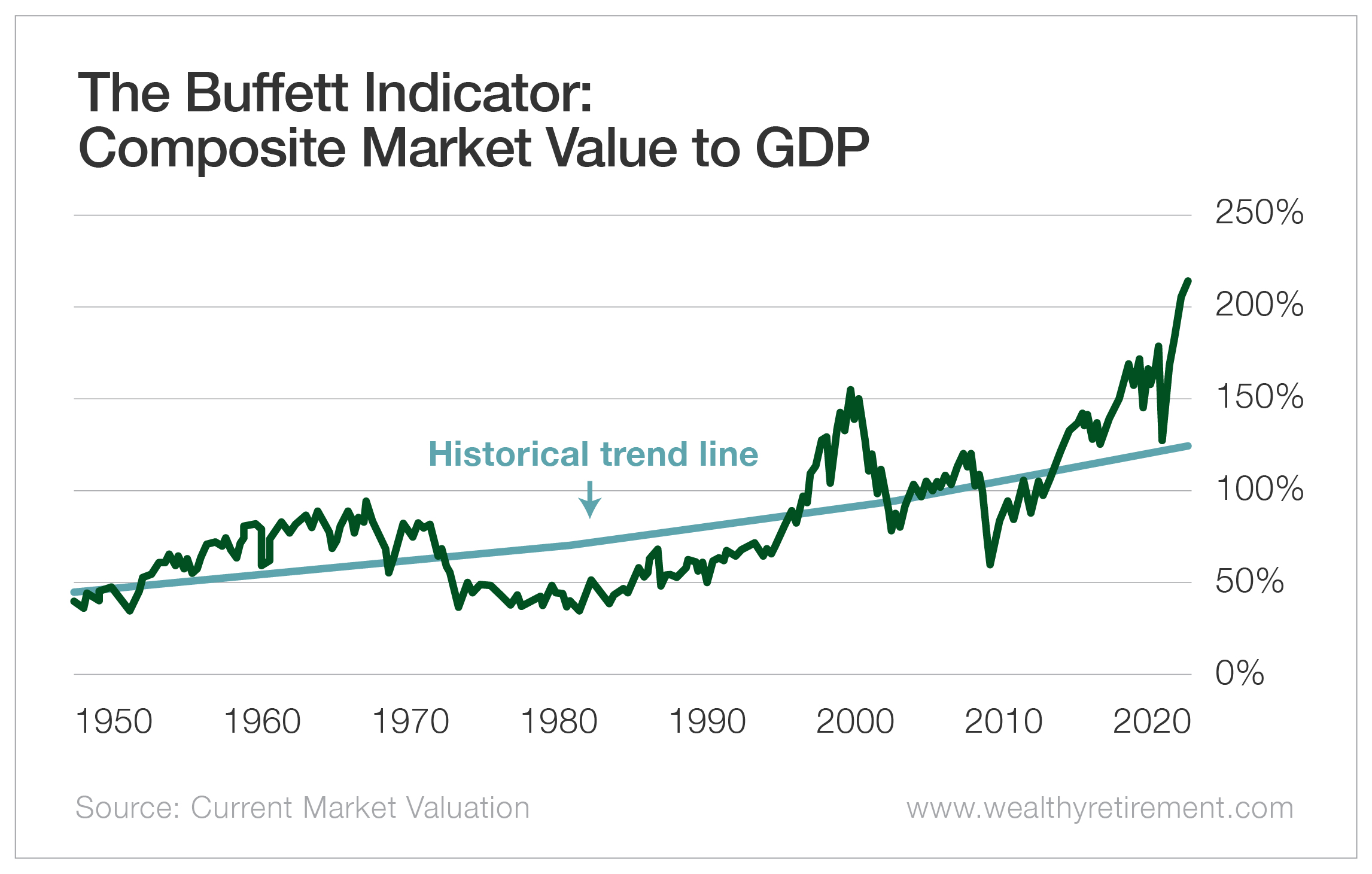 The Buffett Indicator divides the total valuation of the U.S. stock market by the GDP of the country.

On that basis, the U.S. stock market is 72% higher than the historical trend.

Getting back to the trend line would therefore require U.S. stocks to drop by 42%.

That wouldn’t be a minor decline – it would be consistent with history’s major stock market crashes.

The Fed acknowledged as much in its Financial Stability Report, saying…

You have to admit that it’s a little funny.

The Fed has single-handedly sent the stock market soaring by injecting massive amounts of money into the system, keeping interest rates at 4,000-year lows and purchasing securities… and now it’s warning us that assets are expensive and a major correction could be coming!

You built the bubble and are now telling us that it could pop?!

It’s funny, but the Fed’s warning is still worth heeding.

Fortunately, we have other options…

There’s an Entire World Out There!

As of today, European stocks have never traded at this big of a discount to U.S. stocks. 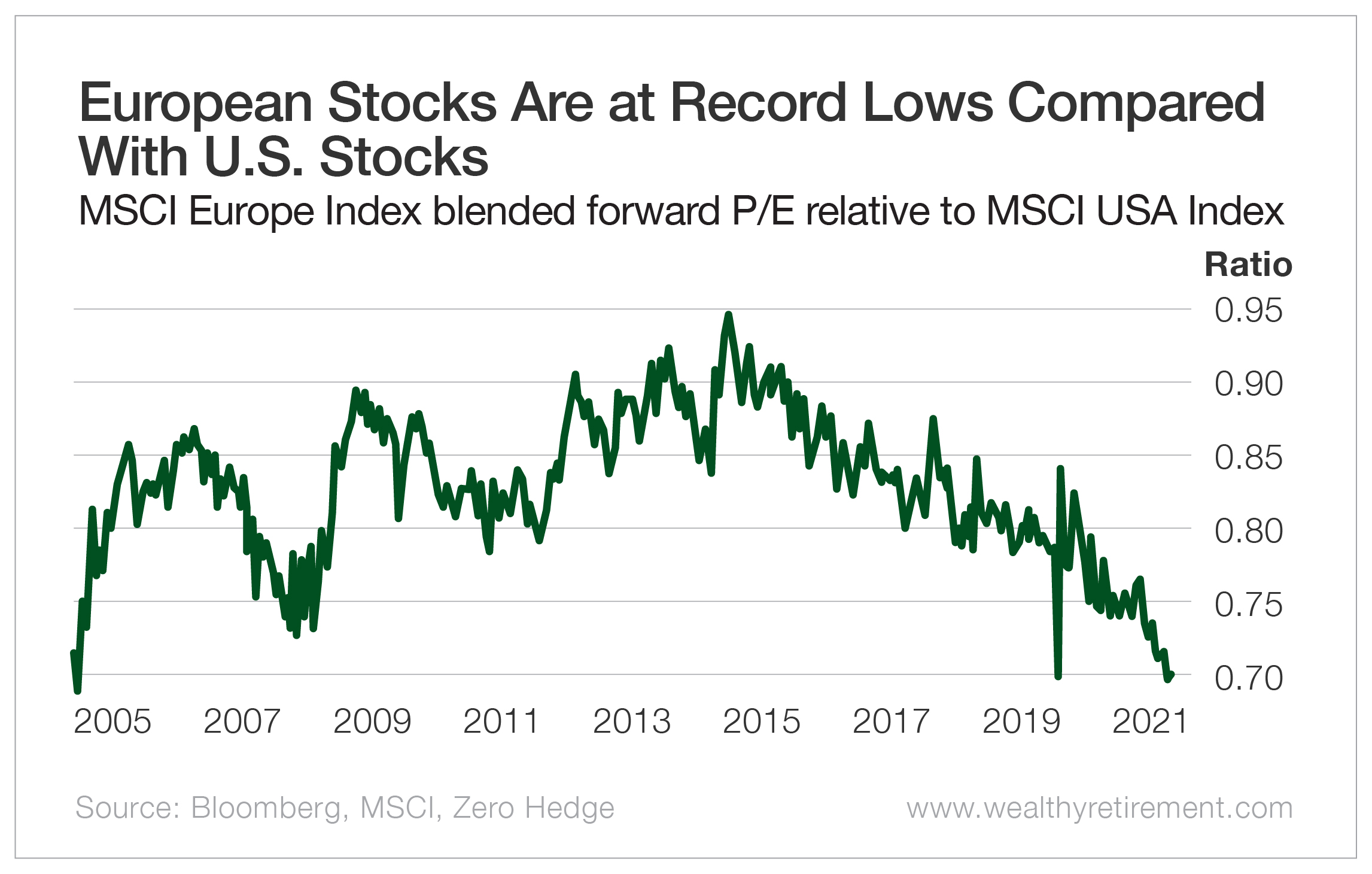 That’s just 70% of the 22 times forward P/E that the MSCI USA Index trades at. And it’s clearly trading at a more attractive price.

Investors can easily own a diversified portfolio of European blue chip stocks through the iShares Europe ETF (NYSE: IEV), which seeks to track the performance of the S&P Europe 350 Index.

This exchange-traded fund (ETF) provides exposure to 350 of the best companies operating out of 16 developed European markets.

But perhaps an even better place than mainland Europe to escape expensive U.S. stocks is in the United Kingdom. 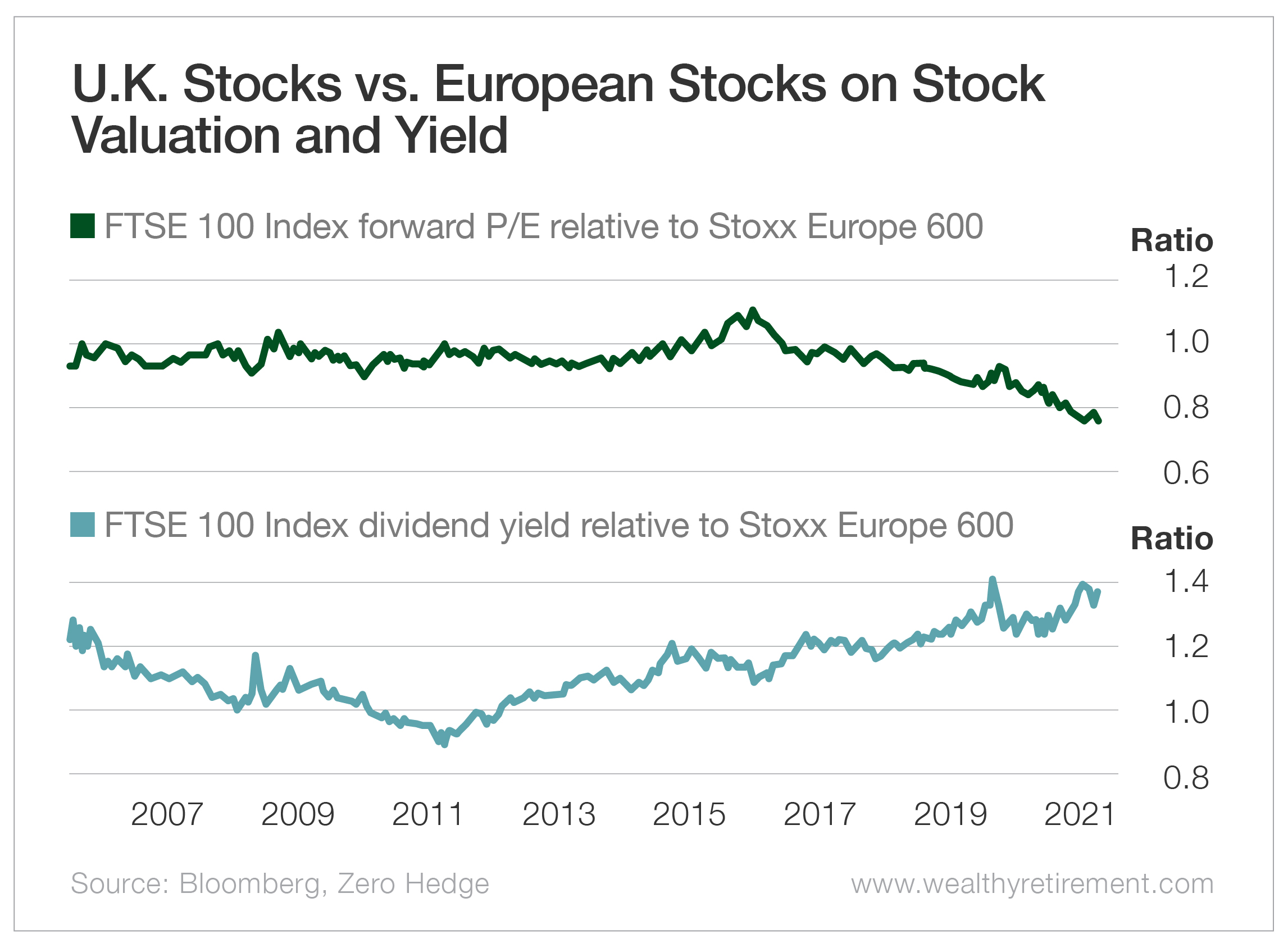 Even better is the fact that the U.K. market (as represented by the MSCI United Kingdom Index) is loaded with financials, miners, energy companies and consumer staples stocks. 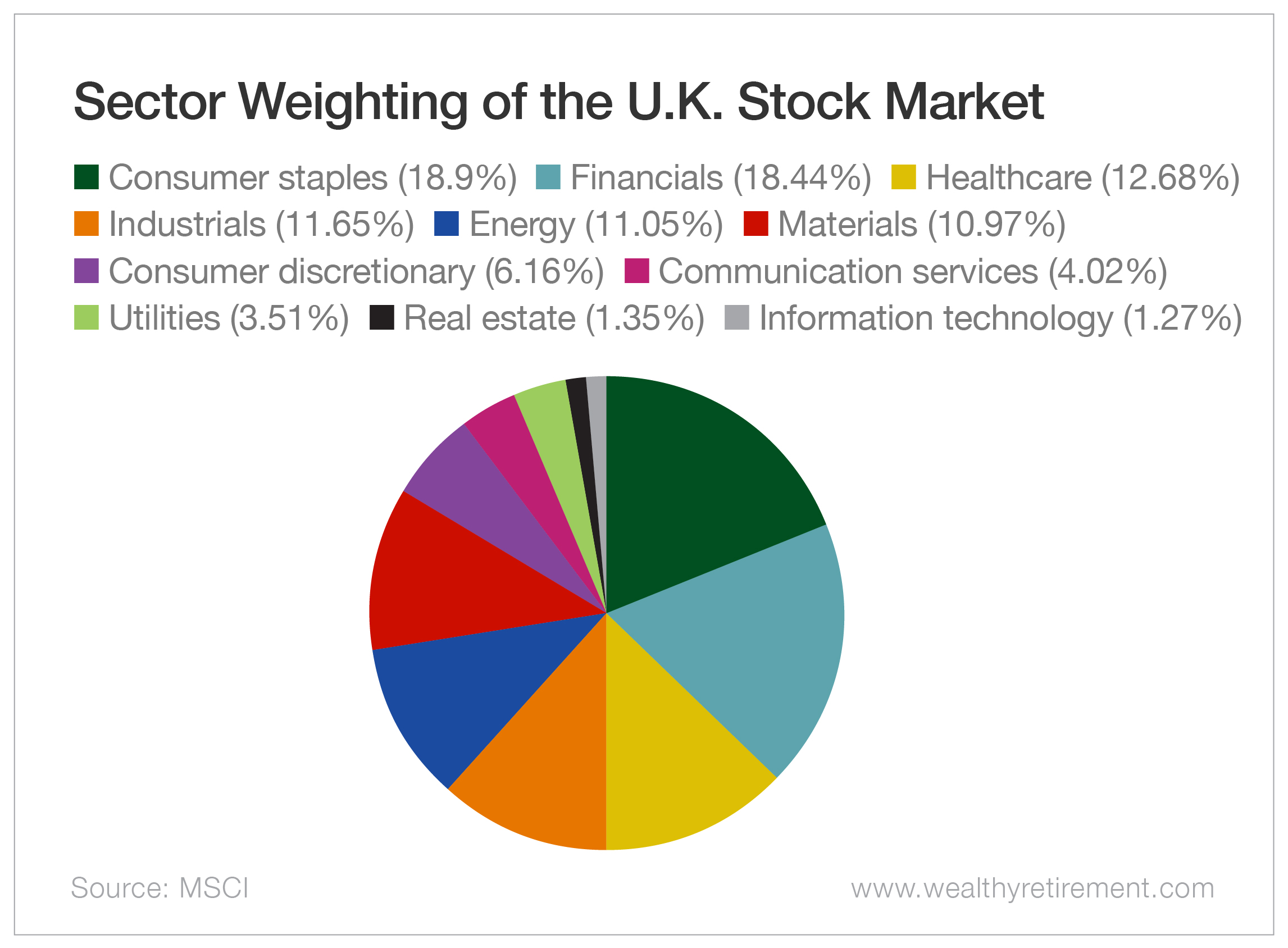 These are the types of companies that are going to do well in an inflationary and rising interest rate environment, which is exactly what I believe we are going to be facing over the next couple of years.

There’s a big world out there full of investment options. Be sure to include some non-U.S. stock exposure in your portfolio while it’s cheap and before U.S. stocks take a turn for the worse.