Did you see what I wrote at the start of last November?

I said that the energy sector had become one of the few once-in-a-lifetime opportunities that an investor will ever be lucky enough to come across.

It was a fat pitch that deserved a big swing…

And in the approximately four months since, the energy sector has exploded higher.

Since the start of November, the SPDR Energy Select Sector ETF (NYSE: XLE), which is dominated by behemoth oil and gas majors like Exxon Mobil (NYSE: XOM) and Chevron (NYSE: CVX), is up a staggering 79%. 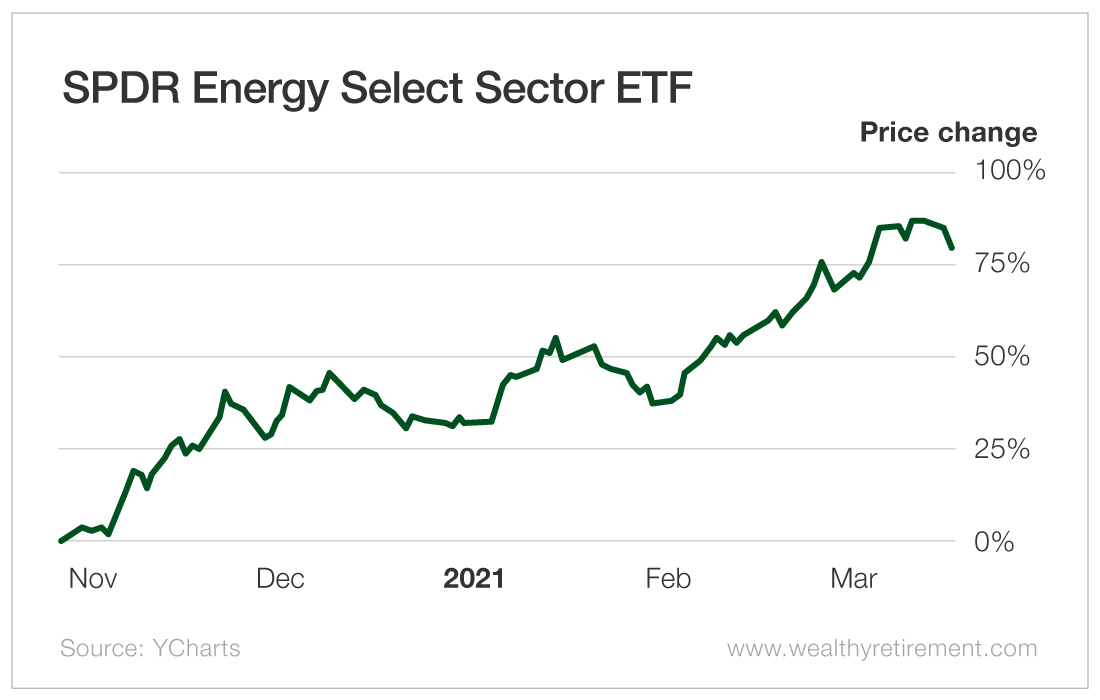 That giant 79% move isn’t a surge higher by one or two stocks. It represents an entire exchange-traded fund (ETF) that consists of the largest, strongest, least volatile oil and gas companies.

If the big boys of the sector have moved this much, you have to think that the small cap energy names must have really done something special…

And in fact, the stock returns from smaller oil and gas stocks have been much, much larger.

Over the same time period (since the beginning of November), the Invesco S&P SmallCap Energy ETF (Nasdaq: PSCE), which tracks small cap energy companies, is up an incredible 131%! 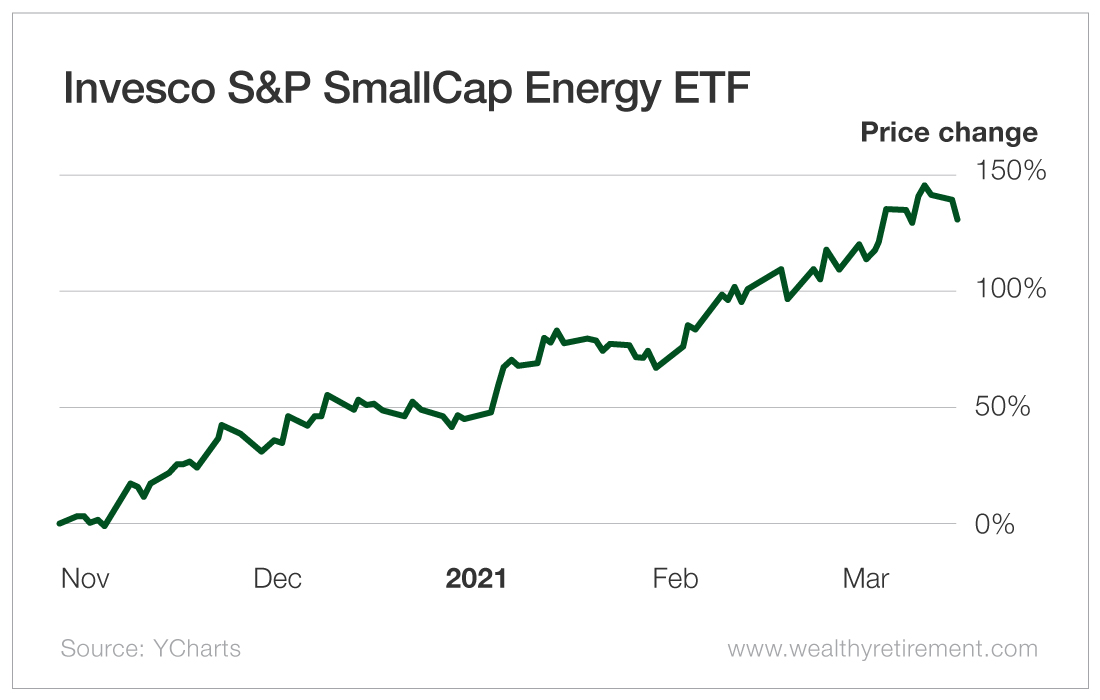 It has been quite a run for an entire sector of stocks.

This is many years’ worth of excellent returns in just a few months.

If you read my article that called the energy sector a once-in-a-lifetime opportunity back in November, you’re aware that it wasn’t just me pounding the table on that trade.

His bullish call was based on the belief that the world is setting itself up for a looming oil supply shortage and resulting price spike.

So far, he has been correct on the price of oil.

Since November, the price of West Texas Intermediate crude has increased 50%, rising from $40 to $60. 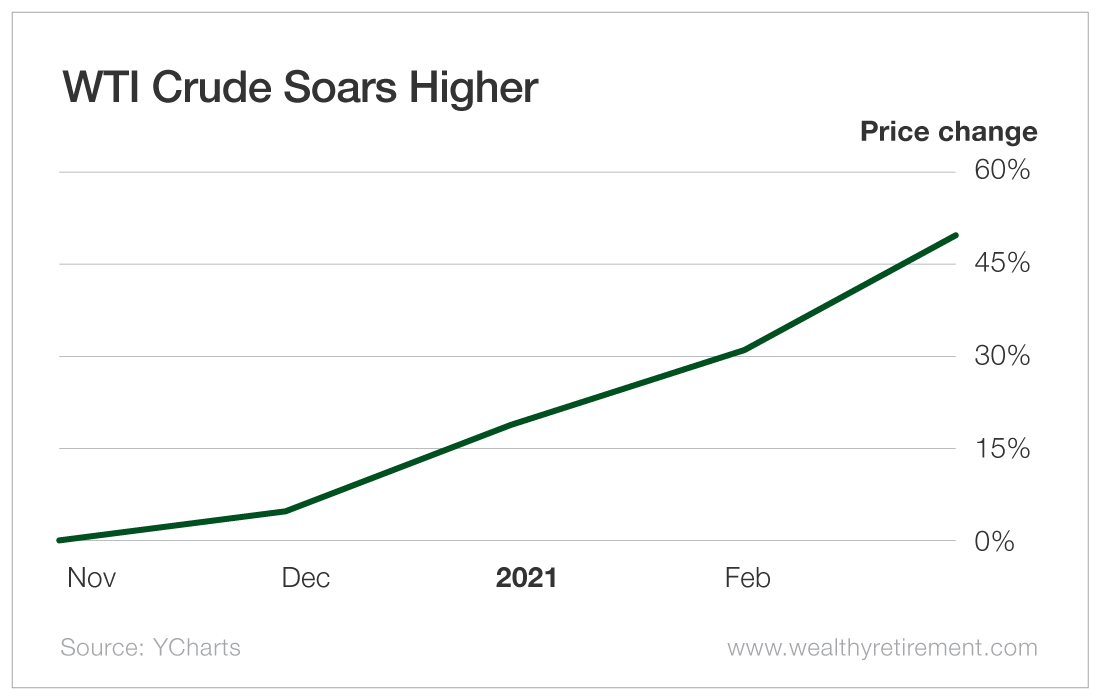 The rise in oil prices that we have seen since November has been driven by the optimism tied to vaccines and economies across the globe improving.

That is a bullish oil demand story – not a supply crunch.

The supply side of the oil market equation has also been bullish, although not for the reasons that Stahl expected…

There is currently no actual shortage of oil supply.

The bullish supply story in the oil market is due to the fact that Saudi Arabia has been aggressively cutting production to drive up prices.

So while Stahl was 100% correct in calling the energy sector a once-in-a-lifetime opportunity, the looming oil supply crunch scenario is still a while off.

I think he could be proven right, and we could see a major oil spike in the future.

As of today, though, Saudi Arabia, which has plenty of spare production capacity, controls the price of oil. If the government wants to bring the price back down, all it has to do is open the taps.

The bottom line for us at Wealthy Retirement is that the energy sector turned out to be an incredible opportunity back in November.

The idea just worked out a lot faster than anticipated.

I hope you’ve enjoyed some big profits from it…

Why Gold Deserves a Place in Your Portfolio