Neither spelling nor stock market wisdom was ever Slade’s strong point, because, rather than feel the “noize,” investors should ignore it.

Last week, a reader asked for my take on the market’s reaction to the Federal Reserve’s decision to raise rates by three-quarters of a percentage point on Wednesday, September 21.

Here’s how the market responded to the Fed’s decision. 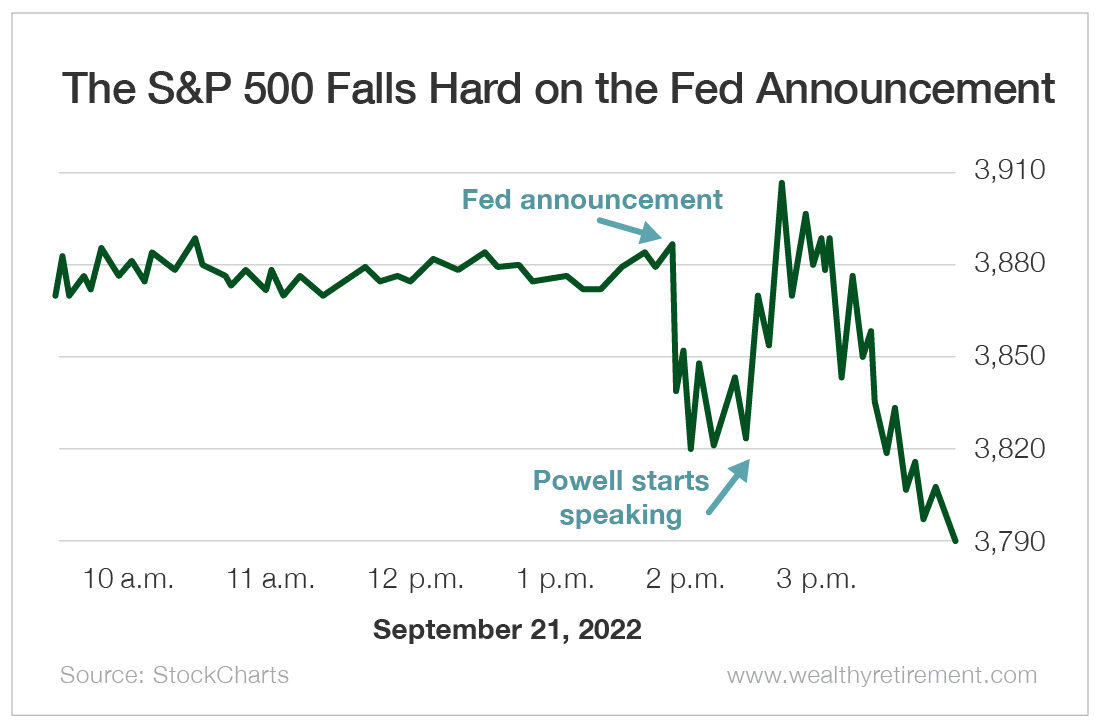 This is a chart of the S&P 500 on Wednesday, September 21. It depicts increments of minutes. Notice a pattern?

There isn’t one. The Fed announcement came out, and the market tanked. Federal Reserve Chairman Jerome Powell then began speaking, and the market rallied only to fall harder.

There is no trend here. No signal of any kind. Anyone who pretends to comprehend the market’s actions that day in relation to the Fed or the economy is either lying to you or to themselves.

However, there most certainly is a trend when looking at a one-year chart of the S&P 500. 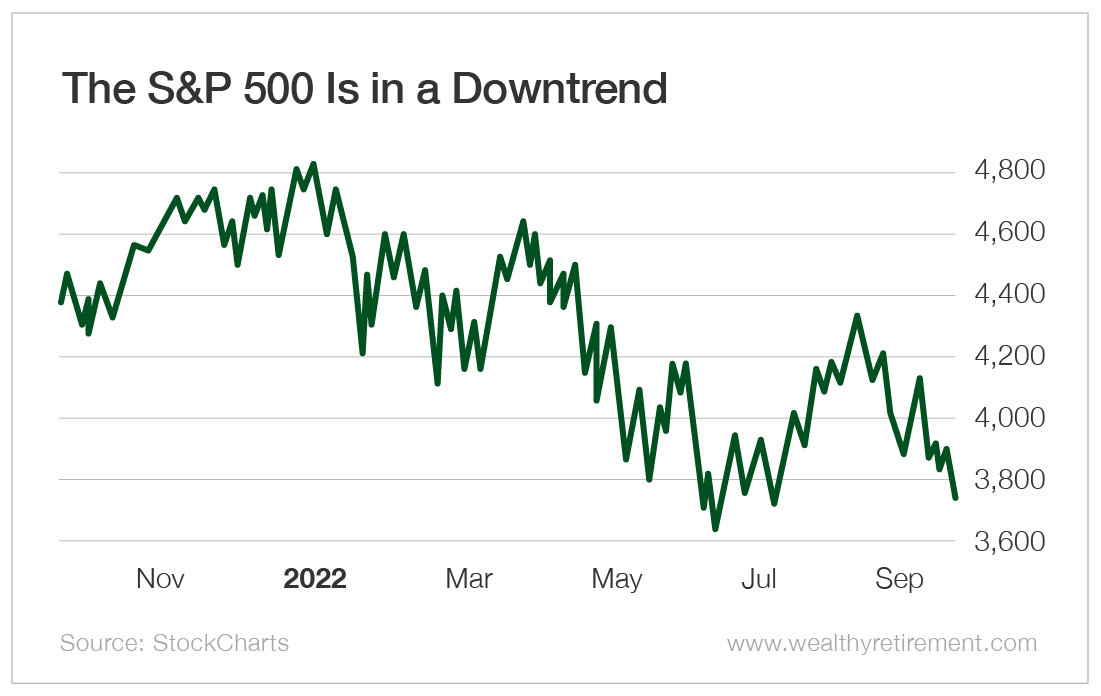 A fifth grader could tell you which direction it is pointing.

Since markets are typically forward-looking indicators, this suggests that we could still be in a recession as the calendar flips to 2023 and maybe beyond.

Long-term investors should ignore the news and the noise. A 100-point intraday swing in the S&P 500 is absolutely meaningless to anyone with a time horizon of more than a few days.

If you’re investing in order to achieve certain goals, like a comfortable retirement, who cares where the S&P 500 closes today or tomorrow or even next year if your time horizon is five years (or longer)?

So how do you invest in challenging times like these?

Stick with stocks in sectors that traditionally hold up well in recessions, like consumer staples, healthcare and energy – sectors people generally need.

Look for companies that aren’t overloaded with debt. In tough times, debt-laden companies have to pour badly needed resources into paying interest when they could be used to grow the business or as a war chest to weather a recession.

Expeditors International of Washington Inc. (Nasdaq: EXPD) is an example of a company with a great setup. It has no debt, has just under $2 billion in cash and trades at 11 times earnings. The shipping logistics company also sports a 1.5% yield.

Value is greatly outperforming growth these days. Since the beginning of the year, growth stocks have lost nearly three times as much as value stocks. And over the past two years, value stocks have gained 34% while growth is up just 5%.

Shorter-term traders should be aware that Fed announcement days can be very volatile and tough to trade. They shouldn’t read too much into the market chaos going on around them as investors try to decipher every syllable uttered by Jerome Powell, with algorithms in turn reacting to those investors.

Ignore the noise and focus on your goals. Otherwise, you’ll be singing the chorus of another song by Slade (and again later by Quiet Riot): “Mama Weer All Crazee Now.”

3 Ways to Ward Off a Market Disaster

A 7% Yield That’s Safer Than It Looks