I was referring to the $10 billion in expense savings that the company had identified and would realize in the coming years.

None of these savings were priced into earnings.

Seeing as Wells Fargo was already trading at an incredibly cheap valuation, looking at expense cuts on the horizon and running a rock-solid balance sheet, its stock was a perfect asymmetric opportunity.

By “asymmetric,” I mean little downside risk and lots of upside potential.

It was perfect timing to jump on this trade. 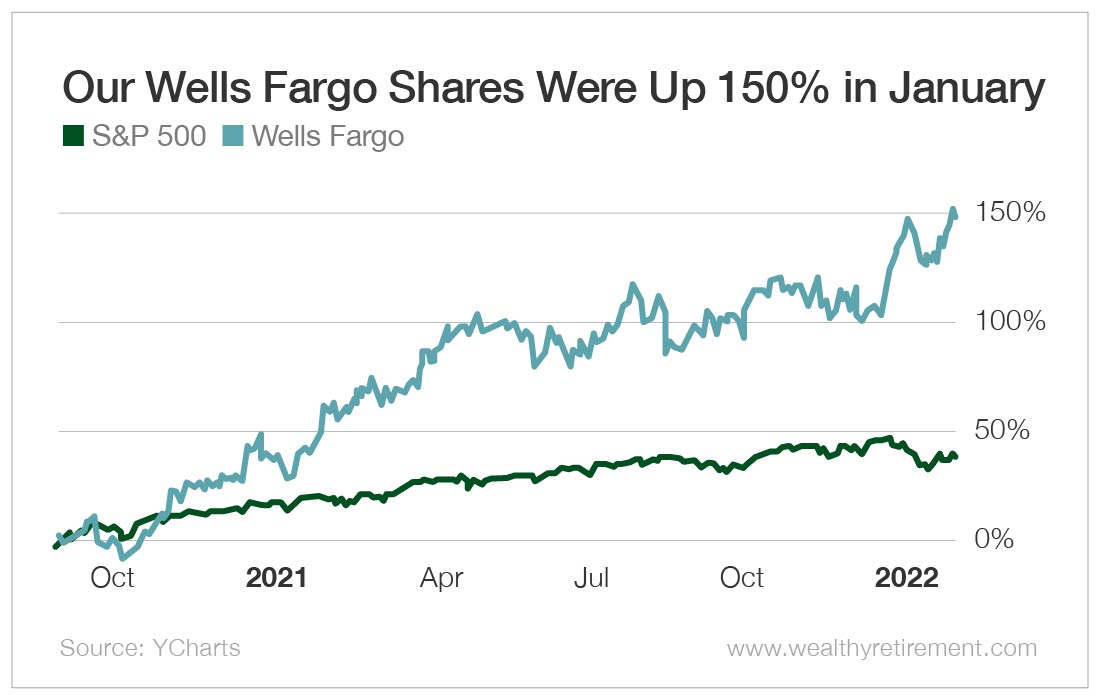 But 2022 has been much tougher sledding.

Not just for shares of Wells Fargo, but for the entire banking sector…

Which I find interesting because, so far in 2022, the profit prospects for the banking sector have actually improved. 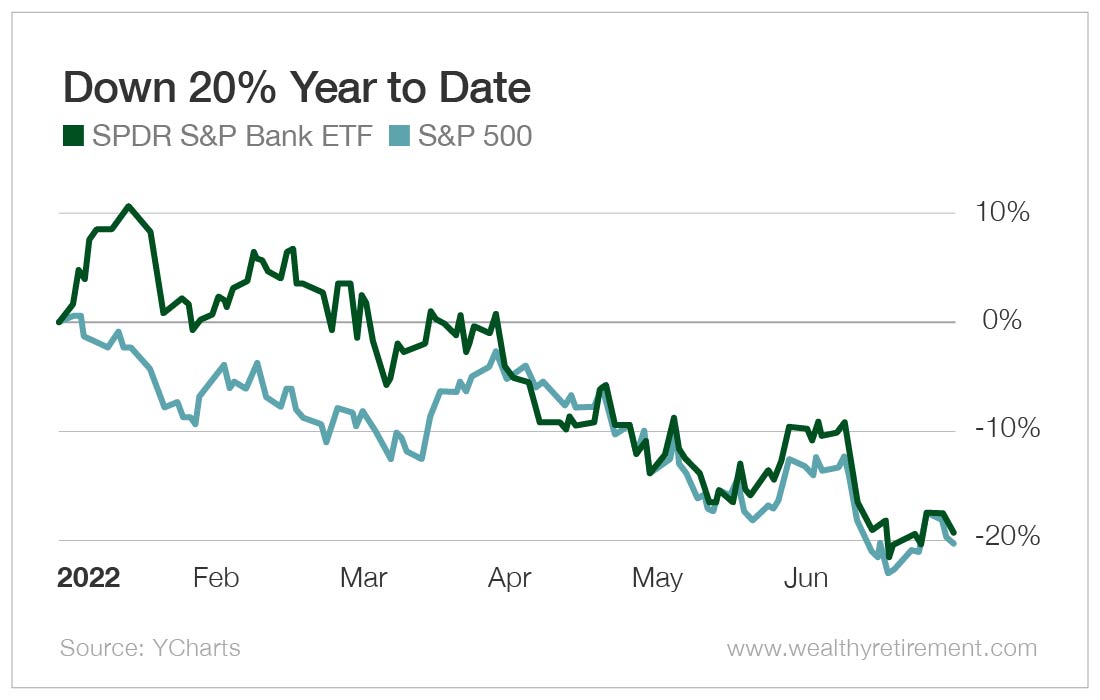 I understand the decline in the overall market.

In fact, I warned repeatedly in 2021 that the over-bloated, tech-heavy S&P 500 was vulnerable to a downturn, and I foresaw that rising interest rates would deflate those lofty valuations.

The one thing I don’t understand is the big decline in the share prices of American banks.

When interest rates are rising, the spread between long- and short-term rates increases.

Banks borrow on the short term by way of customer demand deposits and lend for the long term via customer mortgages.

As rates rise, the spread between a bank’s borrowing costs and lending revenue widens, and so does the bank’s profitability.

I’ve given you a simplified explanation, and there are other considerations to factor in, like the strength of the economy and loan performance, but overall, rising interest rates are great for the banking sector.

And let me be very clear on one thing…

Even if we are headed for a more challenging economy in the near future, the banking sector is more than ready for it.

These banks have the strongest balance sheets the industry has seen in decades, if not ever.

We just received assurance of that in the form of the Federal Reserve’s recent bank stress tests, which showed that American banks are on rock-solid financial footing and are braced for a downturn.

So with all of this in mind, this year’s 20% decline in the banking sector doesn’t make a lot of sense.

For that reason, the stock market valuations of some of these banks are starting to look attractive. 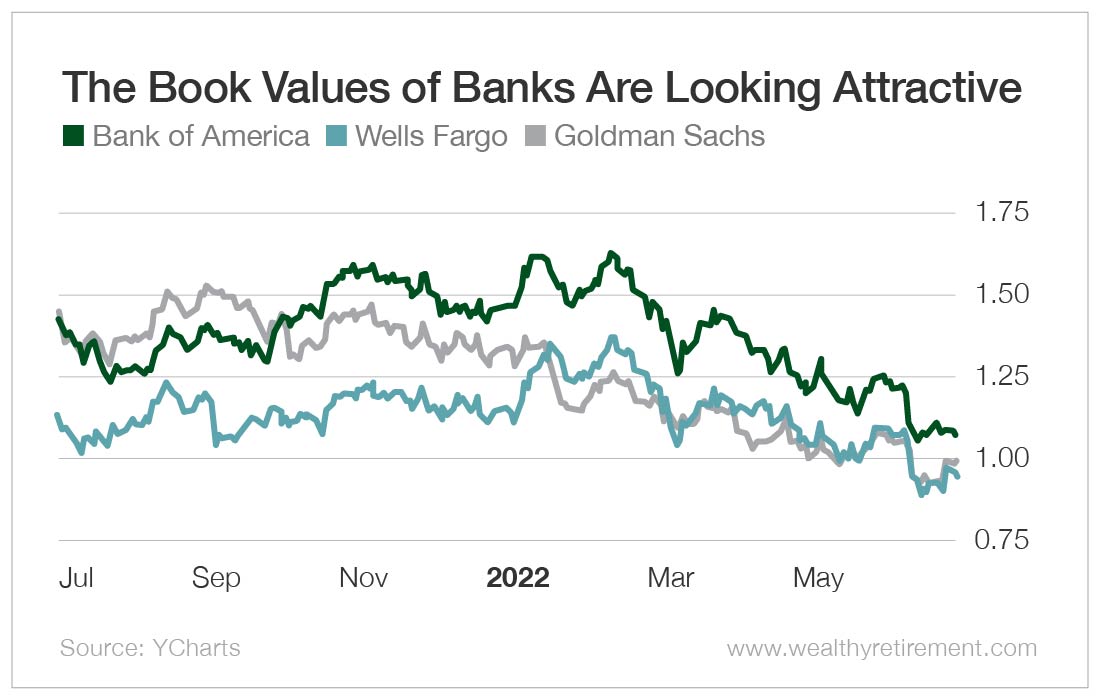 Historically, valuations as low as these have indicated good times to buy world-class banks.

While he had huge success with Wells Fargo (and I do think the stock is attractive), Wells Fargo isn’t my favorite bank stock to own right now.

Instead, I’ve got my eye on another bank for three big reasons…

In this Friday’s Value Meter, I’ll reveal my favorite bank stock and walk you through its valuation.

I’m thrilled to say 2022 is shaping up to be a fun year for investors!

Antero Midstream’s 9.73% Yield Is Running Out of Gas

Exactly When to Sell Your Stocks