Nair thinks the market is giving investors a gift.

For those unfamiliar, Liberty Latin America offers cable and mobile services to 20 different countries in Latin America and the Caribbean.

To be clear, free cash flow is excess cash left over from growth and operations. It can be used to reduce debt, pay dividends or repurchase shares, or it can be saved for future use.

Liberty Latin America is guiding for free cash flow of $220 million for 2022.

With 240 million shares outstanding, that means Liberty Latin America will generate $0.92 per share in free cash flow this year.

But that’s just this year. Projected free cash flow for the next couple of years looks even better.

Combined, the company has indicated that there is $155 million worth in synergies that will be realized from those transactions over the next two years.

That would be $1.56 worth of free cash flow per share on a stock that’s currently trading at just $6.15…

The last time that I saw a free cash flow yield this high from a solid, well-run company was in October 2021, when I shined my light on Cenovus Energy (NYSE: CVE). Cenovus Energy has since widely outperformed the market. 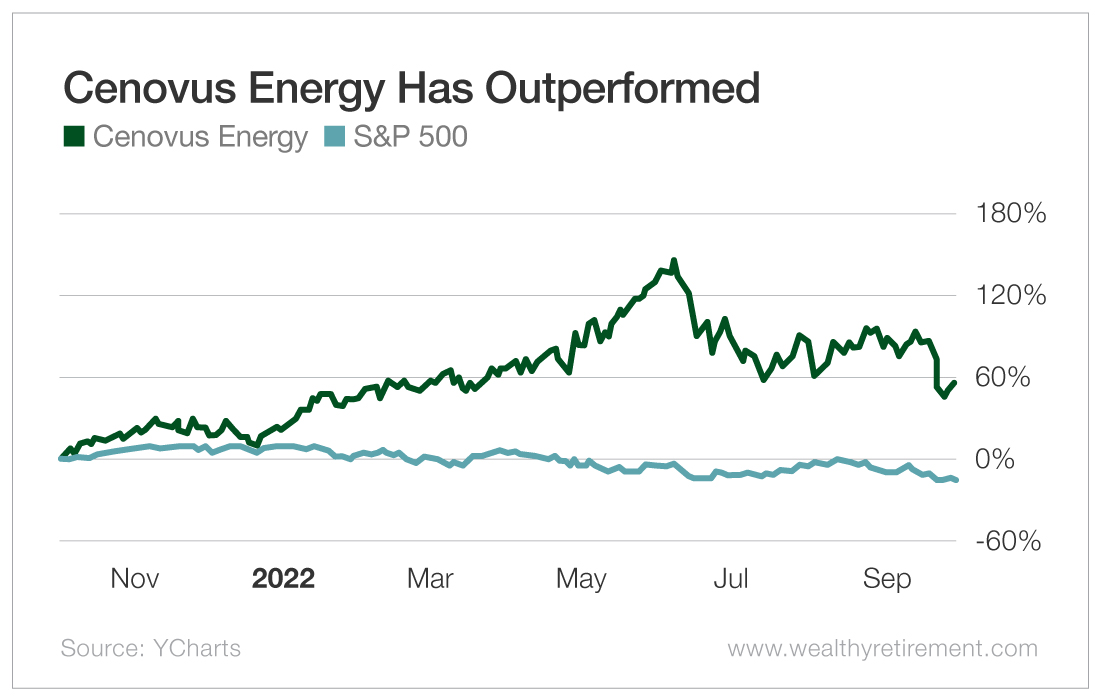 Liberty Latin America’s CEO is clearly unhappy with where his stock trades, and you can bet he won’t just sit back and let the company suffer from this low valuation.

Instead, he will exploit the discounted valuation to create value for shareholders.

As long as the stock continues to trade cheaply, Liberty Latin America’s stated plan is to use all of its free cash flow to repurchase its own shares at bargain levels.

Over the past four quarters, Liberty Latin America’s repurchases have accelerated as the stock price has come down and the valuation has improved. 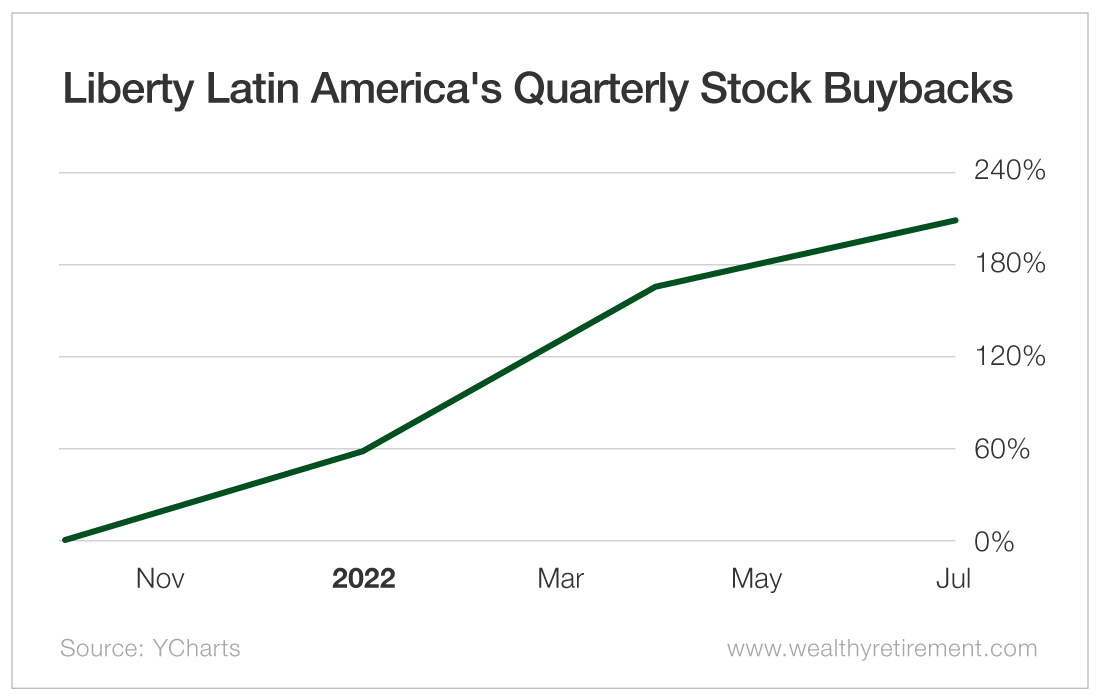 When used appropriately like this, an aggressive share repurchase plan is a powerful tool for creating shareholder value.

The longer Liberty Latin America’s share price stays down, the more value Nair and his board of directors can create.

The only reason they aren’t rated “Extremely Undervalued” is because we still need to see the company execute on the synergies it expects to deliver over the next couple of years.

It has been a tough year in the financial markets, but there is value to be found. Liberty Latin America is proof of that.

Use Pattern Recognition to Perfect Your Trades

How to Become a Bear Market Hero