I’ve been bullish on the AdvisorShares Pure US Cannabis ETF (NYSE: MSOS) for well over a year.

This exchange-traded fund (ETF) is composed mainly of multistate American cannabis businesses that grow, distribute and sell the product.

To date, my bullishness on this ETF hasn’t paid off.

Like the rest of the market, the AdvisorShares Pure US Cannabis ETF has taken a beating over the past 12 months.

But I haven’t seen any change in the fundamentals of the cannabis sector that make me change my tune on the fund.

Instead, I believe that my bullishness was simply a year too early.

Recent news from the White House has only reaffirmed my conviction.

During the announcement, Biden called for a review of how cannabis is currently scheduled under federal law.

Cannabis is still classified as a Schedule 1 drug. That classification includes drugs that have no accepted medical use and have the highest risk for substance abuse.

This lumps cannabis in with heroin and bath salts.

It also puts cannabis in a more restricted category than fentanyl and cocaine.

That is pretty crazy considering that 70% of American voters think that cannabis should be fully legal (not scheduled at all). And cannabis is already fully legal in 19 states and legal for medical reasons in 38 states. 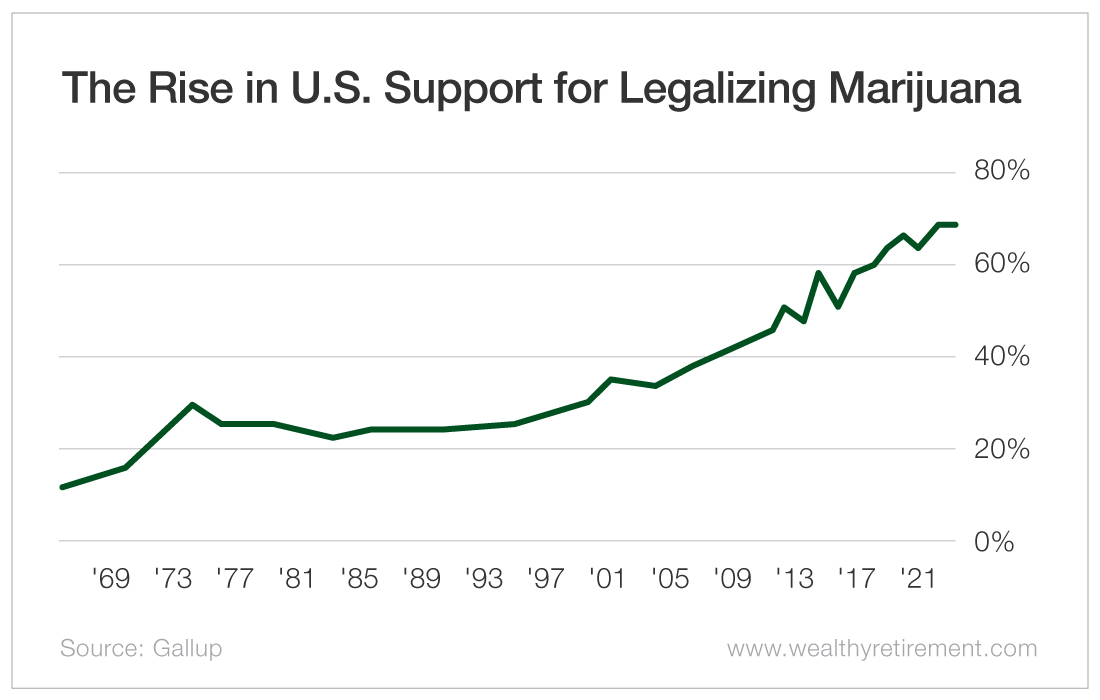 The timing of Biden’s announcement was a surprise. The fact that cannabis was going to be rescheduled or fully legalized eventually was not.

I believe this is the official turning point for the AdvisorShares Pure US Cannabis ETF.

Getting cannabis out of Schedule 1 purgatory will be a huge catalyst for the stock prices of cannabis companies.

It will unleash a massive amount of buying interest.

Currently, because cannabis is still a Schedule 1 drug, virtually no institutional or retail investors can own shares in multistate operators (MSOs).

Brokers won’t trade them. Mutual and hedge funds aren’t allowed to own them.

Heck, the MSOs can’t even list on an American stock exchange. Instead, they all have to list in Canada.

I’m not exaggerating when I say that less than 5% of investment dollars in the market are currently able to own cannabis companies.

Given that nobody can buy these stocks, it’s no surprise to learn that they are often misvalued.

Right now, the MSO industry is perhaps one of the most inexpensively valued high-growth sectors the market has ever seen. 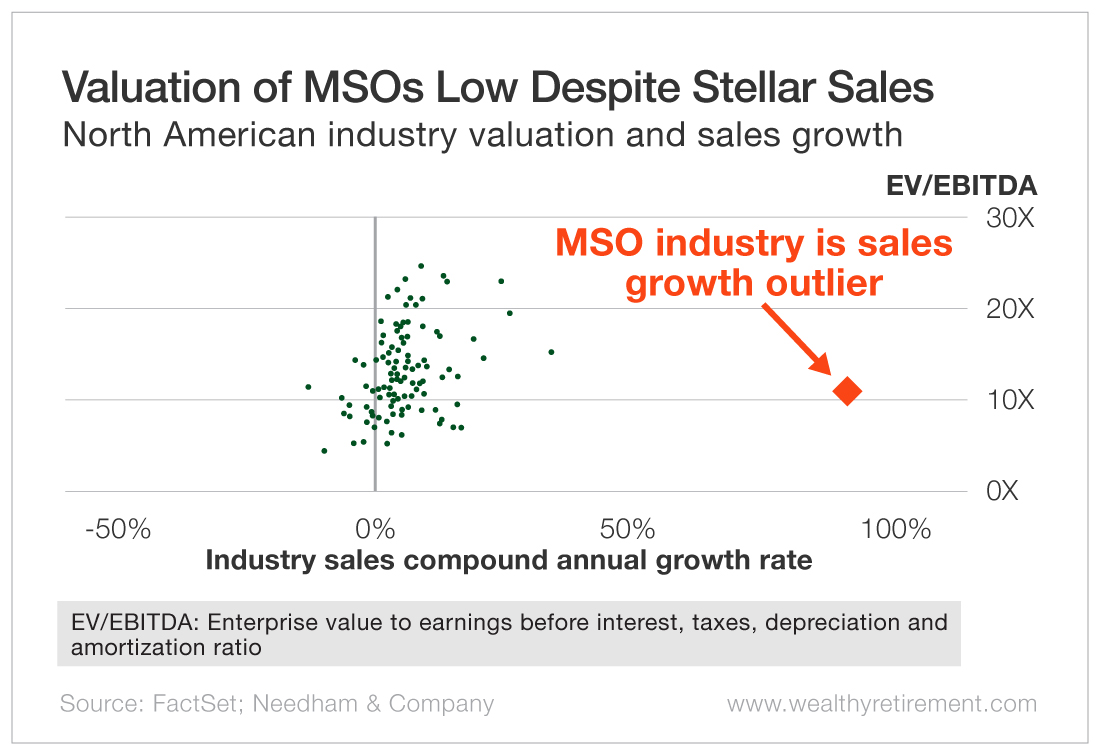 Biden’s news is the turning point.

When cannabis is rescheduled or fully legalized, billions (if not trillions) of investment dollars that previously could not own these MSO stocks will suddenly be able to.

When that happens, the current mismatch of growth and valuation will be remedied.

The upside here isn’t a nice little return. It is a big one.

The Value Meter ranks the AdvisorShares Pure US Cannabis ETF as “Extremely Undervalued.”

This trade working out big has always been a matter of “when,” not “if.”

And President Biden’s announcement has made the “when” a much more a near-term event than ever before.

The Best Places to Find the Highest Rates