President Biden has proposed trillions of dollars in stimulus spending and a hike in taxes on corporations and the wealthy. Anyone who is paying attention is expecting this to result in inflation.

In a recent media interview, I was asked about all this and what steps investors should take as the Biden presidency moves from its infancy.

The answer is none.

It’s easy to get worked up when a new president takes office – excited about all the amazing things they’re going to do or fearful of all the terrible things – and make investing decisions based on where you stand.

But the reality is you should do absolutely nothing, regardless of your political stance.

The reason? The president of the United States has little effect on the stock market.

After two terms in office, which president do you think had the best market returns?

It may surprise you that it was Bill Clinton, followed by Barack Obama. 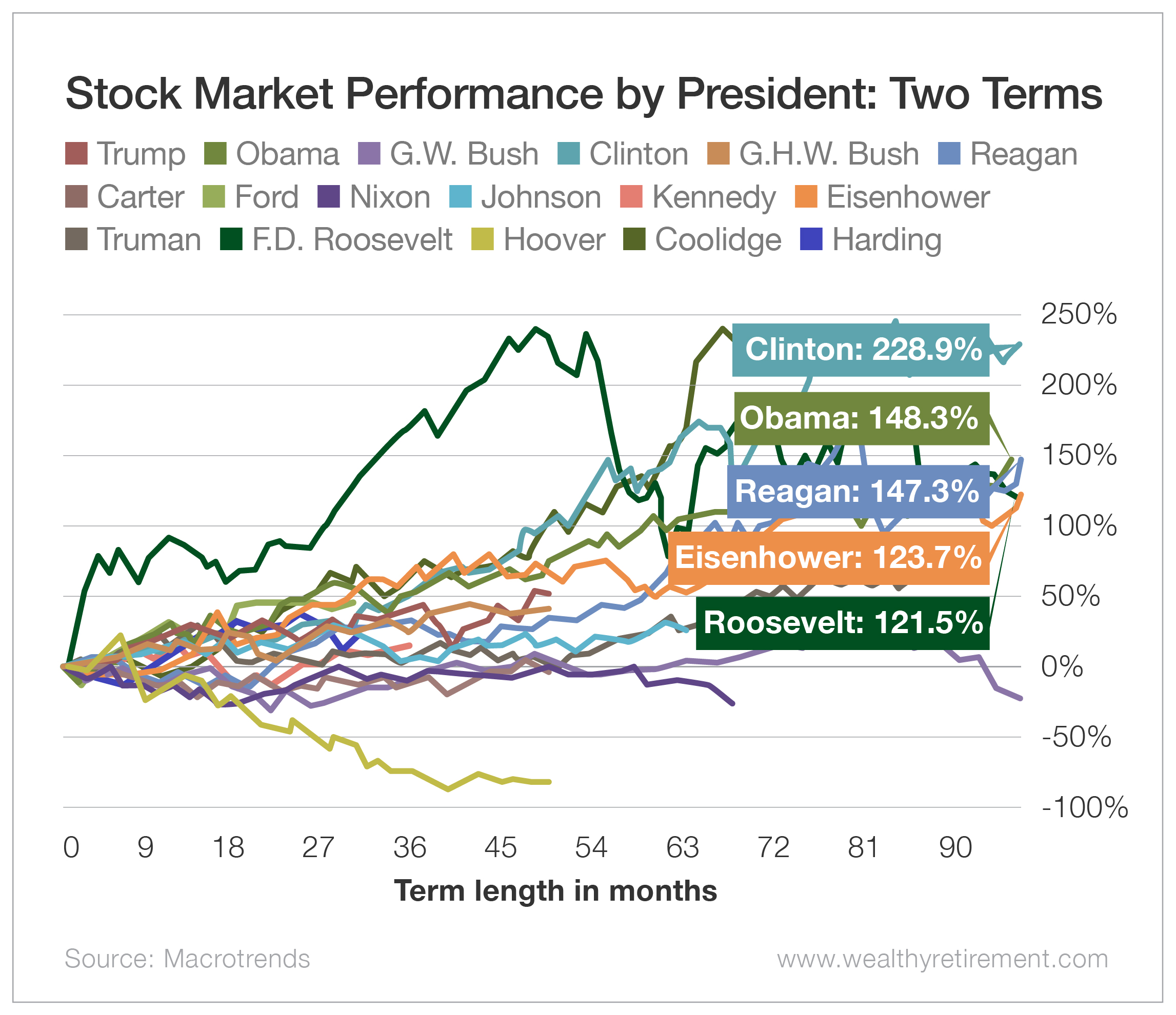 There is none. We have two Democrats, followed by two Republicans, then another Democrat. George W. Bush is the only president to have a negative stock market return over a full two terms.

Let’s look at performance over one term… 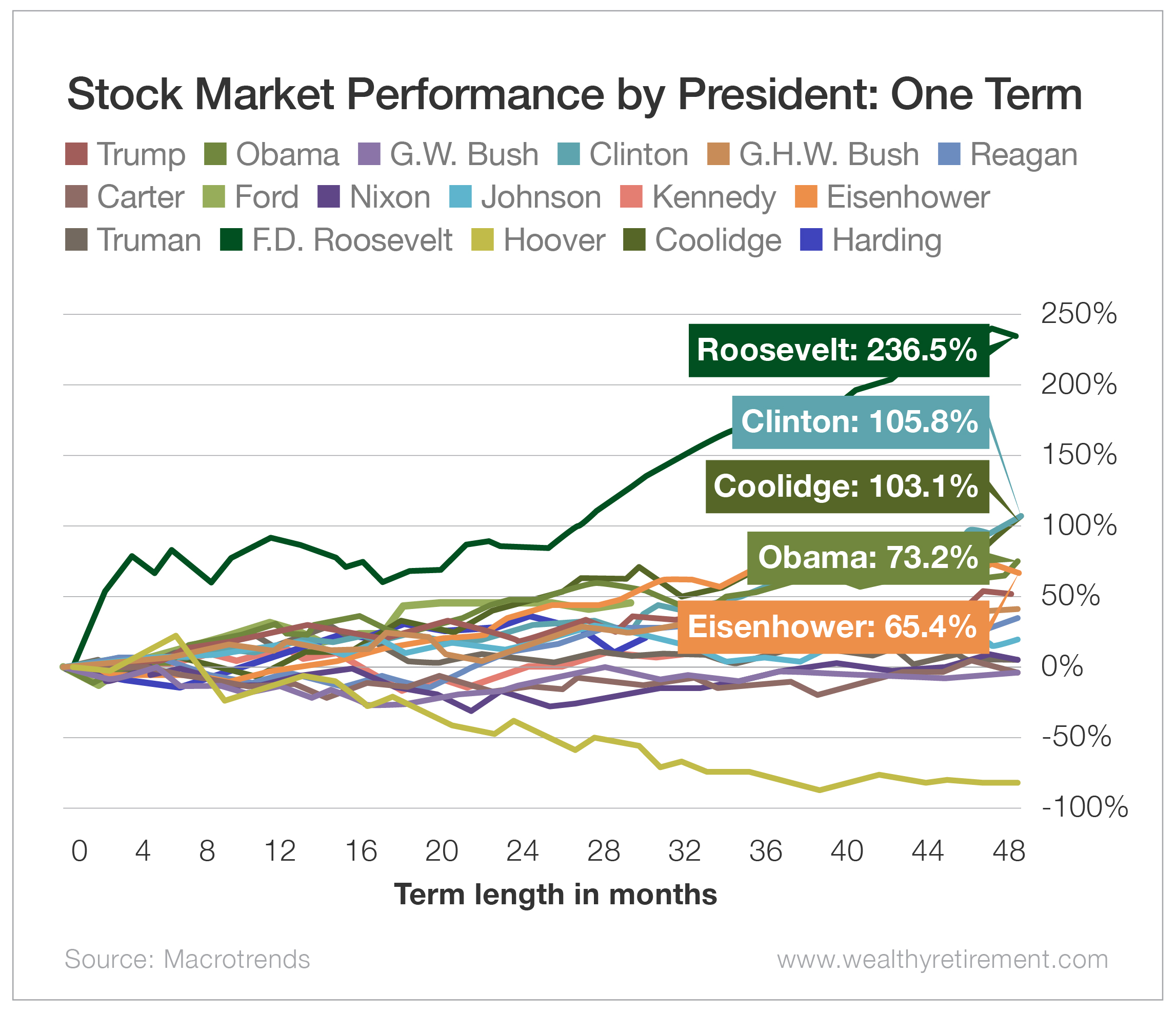 After four years, the top five were FDR, Clinton, Calvin Coolidge, Obama and Eisenhower. Two Democrats, followed by a Republican, a Democrat and a Republican.

Again, no pattern – including when you look at all of the presidents.

When examining market performance by which political party has been in the White House over the past 75 years, we can see that Democrats average a 9% annual total return, while Republicans average 7.4%.

The best performance was when a Democrat was in the White House and Congress was either split or controlled by Republicans.

What it all means is you shouldn’t alter your portfolio based on who sits in the Oval Office. Politicians come and go (I wish more would go), and the market goes up over the long term. That’s the way it’s been for more than a century.

Invest in quality stocks for years, and you’ll make money no matter which clowns in Washington are in power at any given time.

P.S. Ignoring the noise and investing for the long term is something Oxford Club (Wealthy Retirement‘s publisher) Chief Investment Strategist Alexander Green and I wholeheartedly agree on. In fact, that’s why I’m so excited that the new edition of his bestseller The Gone Fishin’ Portfolio comes out tomorrow.

A Valuable Lesson From the Biotech Sector

Let Me Help You Reach Your Financial Goals

Buy to the Sound of Cannons