Though I haven’t lived in New York in more than 25 years, I still consider myself a New Yorker. It’s where I was born and raised.

I’m a lifelong Yankees fan, and I will argue to my dying breath about the superiority of New York bagels and pizza…

But one thing I don’t love is the dividend safety of New York Mortgage Trust (Nasdaq: NYMT).

The mortgage real estate investment trust (REIT), based on Park Avenue in Manhattan, pays a $0.05 per share quarterly dividend.

This profit is called net interest income (NII). New York Mortgage Trust’s NII is growing, which is a good thing.

But last year, the company paid out $188 million in dividends…

The $128 million it made in NII last year, while up sharply from the prior year, was not enough to cover the dividend.

This is because it eliminated payouts to shareholders in March and slashed the dividend by 75% in June from what it paid seven months prior.

In February 2019, the last time I covered New York Mortgage Trust, I said I expected a dividend cut because the company paid out more in dividends than it brought in and because it had a history of reducing its dividend.

This year, it should be able to cover its lower payout, but considering its dividend-cutting track record, it’s only a matter of time before it happens again.

New York Mortgage Trust has lowered its dividend payout five times in the past 10 years.

There’s an expression… “When someone shows you who they are, believe them.”

New York Mortgage Trust has shown it is a serial dividend cutter. It will disappoint shareholders again. 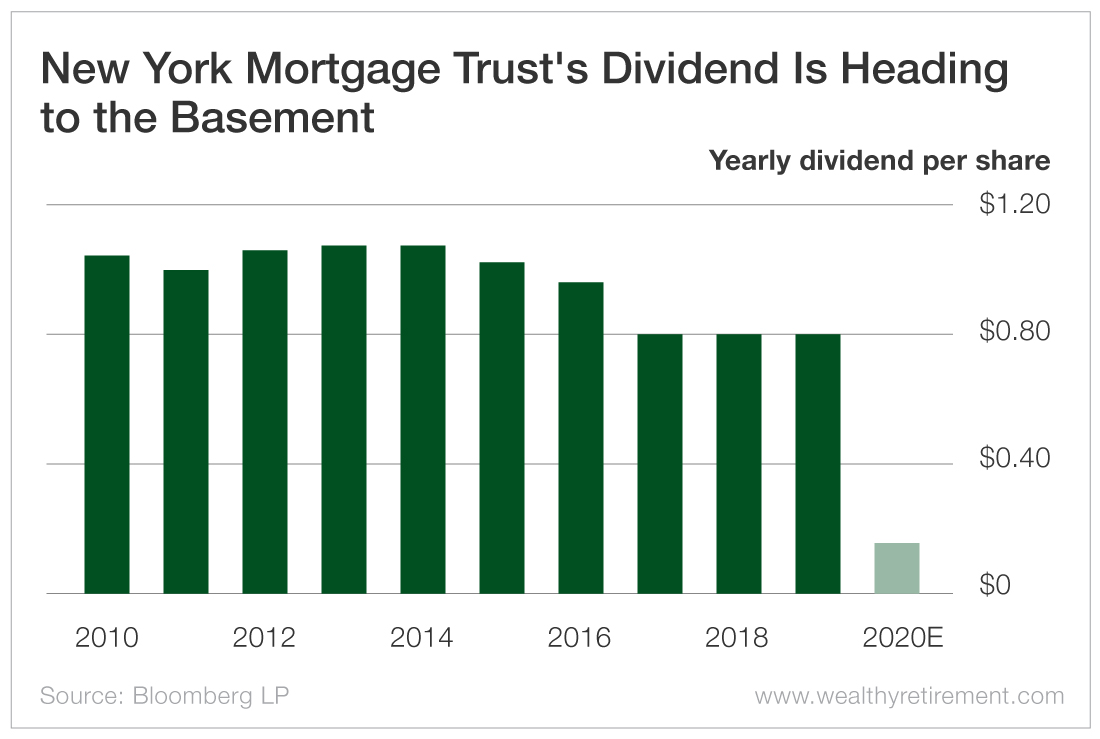 But make no mistake about it. New York Mortgage Trust will cut its dividend when times get tough, just like it did in half of the years over the past decade.